Sustain submitted the following submission for the House of Commons EFRA Committee Inquiry into Labour constraints.

About Sustain: Written evidence submitted by Sustain: the alliance for better food and farming. Sustain advocates food and agriculture policies and practices that enhance the health and welfare of people and animals, improve the working and living environment, enrich society and culture and promote equity. We represent around 100 national public interest organisations working at international, national, regional and local level.

Since the EU Referendum, Sustain has been convening over 100 organisations to discuss the implications of Brexit for food, farming and fishing. All have expressed concerned with the impact of Brexit on farming, fishing and on food, and on the people working in this sector. There is an opportunity to change the way we regulate, support and manage our food system. On behalf of our members and associates working on Brexit, Sustain is campaigning to ensure that the opportunity extends to workers to have for more jobs and better jobs and livelihoods. The push for quality food needs to include quality in employment and benefits for those producing it.

We have spoken to a number of small scale producers in particular to provide insight and would urge the EFRA Committee to take oral evidence directly from this community to balance the views of larger scale producers.

Sustain has the following submission on your 1st and 4th questions:

Sustain is not a food producer, but we have connections with growers. We submit but have the following observations directly from SME commercial grower and other contacts:

Taking evidence from small and medium sized (SME) growers and those using sustainable production techniques,  and closely linked to the local community and/or their market, would be highly valuable to this the EFRA Committee Inquiry into Labour Constraints.

4. In early 2017, the Government’s long-term policy aim was to make the agricultural, horticultural and food sectors “less reliant on migrant labour and use more UK workers”. Has there been any sign of successful Government action towards that objective?

The following issues highlight a consistent lack of government concern for the agriculture workforce (especially in England) which has meant that we will need to draw on overseas workers (directly or indirectly by importing food) or technology (if available and affordable) to fulfil the needs of the sector:

In conclusion, our experience suggests that we are facing a labour crisis in farming (mirrored also in other parts of the food sector, such as manufacturing, hospitality and foodservice), and that there has been insufficient government action toward that objective or towards making working in the agri-food sector attractive. Yet the opportunities are ripe for the picking to deliver better jobs and incomes in a new era of better agriculture, trade, food and environment policy. 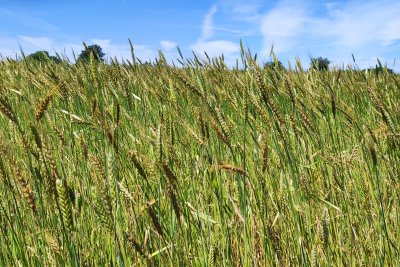