A bakery is key to ‘perfect’ UK high street 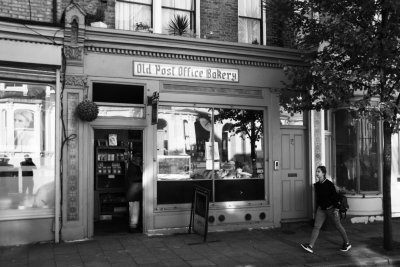 A bakery was the most popular response in a survey of 2000 people in the UK, which asked what the ‘perfect’ high street must include.

The rest of the top five in the list of 25 ‘perfect’ high street elements were: Post Office, restaurant, coffee shop/café and clothing shops.

Real Bread Campaign coordinator Chris Young said: “It’s fantastic to see research that supports what we’ve always said: a Real Bread bakery is the heart of its local community.” He went on to say: “It’s sad that, months after we first asked, the government still hasn’t given owners of these small bakeries the assurances of support they are crying out for.”

The Campaign has sent its call for small bakery support to the PM and Business Secretary three times since 21 September 2022. Meanwhile, the government has also rejected measures proposed by the Campaign for the benefit of shoppers and business owners.

Lockdowns led to 41% of respondents becoming ‘more appreciative’ of local services and more than half (55%) reported feeling ‘guilty’ about using chains, rather than local businesses. Nearly three quarters (74%) said they feel ‘downhearted’ about their high street’s decline and 78% hope for a recovery.

Despite all of this, only 41% said they are keen to shop more locally to support a revival.

While 47% of people said they visited their local high street at least a few times a week (daily, in some cases), only 17% reported doing the bulk of their shopping with local or small companies. As many as 43% of respondents only visit their high street once a month or less.

Though rising living costs have encouraged 27% of respondents to support shops near home, almost as many (26%) gave cost concerns as the reason for not doing so. In some cases, cuts to non-essential spending might be a factor, with 45% saying they have made them.

According to 37% of respondents, online retail has had a negative impact on high street shopping and 18% believe higher trading costs are taking their toll on local businesses.

One other point that might be of interest to small business owners is that more than half (58%) of respondents said that loyalty programmes (as suggested in Knead to Know…more) or other rewards would help entice them back to local shops.

The research was carried out by OnePoll on behalf of Tyl by NatWest.