London will feast on the fabulous local produce being grown, produced and cooked on its doorstep, with the capital city's first Urban Food Week, 10th to 16th September. 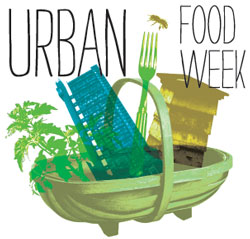 This September, London will feast on the fabulous local produce being grown, produced and cooked on its doorstep, with the capital city’s first Urban Food Week [1]. The week of activities is being organised to highlight the importance of buying and eating local food, urban growing and planting forage for bees.

During Urban Food Week, restaurants, cafés, bars and pubs across the city will be showcasing dishes and drinks made with ultra-local fruit, veg and herbs from urban farms, and from London honey cultivated in community beehives.

Kelly Parsons of the Ethical Eats restaurant network, which is promoting Urban Food Week, said, “This produce is about as local as food gets, with many of the gardens and beehives within a few hundred metres, and sometimes even on the rooftops of the restaurants. The food will be ultra-fresh; picked within a few hours and delivered straight to diners. There is an amazing range of international foods to choose from in London, but it’s just as important to celebrate our carrots from Battersea, lettuce from King’s Cross, and honey from Old Street.”

Over 30 restaurants, growers and beekeepers, plus lots of other urban food businesses and organisations, are already signed up to take part [2]. Diners can also go one further and eat ultra-fresh urban produce right in a community food garden - on Friday 14 September, there will be a fabulous ‘Dinner From Our Back Garden’ pop up, co-hosted by The Table Café and Team London Bridge, in a garden near London Bridge [3]. The growing space is one of 1,800 supported to date by the Capital Growth campaign and run by homeless charity St Mungo’s, as part of its ‘Putting Down Roots’ project.

Sarah Williams of the Capital Growth campaign, which promotes community food growing in London, said, “We are really excited that community food-growing projects have the chance to showcase their delicious fruit and vegetables, as well as generate some much-needed additional funds for their community activities. This year over 20 of our food-growing spaces are involved, inspiring many more to start trading regularly with amazing restaurants, who are such great supporters of local growers.”

Mikey Tomkins of the Capital Bee project, which promotes urban beekeeping said, “London is rich in parks and gardens, offering welcome refuge for our country’s bees, which are in trouble. Our city honeybees produce a diverse and multicoloured harvest, feasting on the flowers of plants and vegetables grown by community food growers. Urban Food Week offers a chance to celebrate the hard work of the bees and gardeners that produce the magic that is urban honey.”

Some of the urban foodie events and activities taking place are listed below. Diners can find a full list of who is doing what, plus a map of where they are, at www.ethicaleats.org, and anyone submitting a picture of their Urban Food Week dish or drink will be entered into a draw to win a one-day urban foraging course, by Food Safari [4].

Special offers for food-growing projects registering with Capital Growth during the week can be found at www.capitalgrowth.org.

For more information, interviews with chefs, growers or beekeepers, or tips on what Londoners can do to support urban food, contact Kelly Parsons, Kelly@sustainweb.org, 0203 5596 777.

Specific events during the week include: 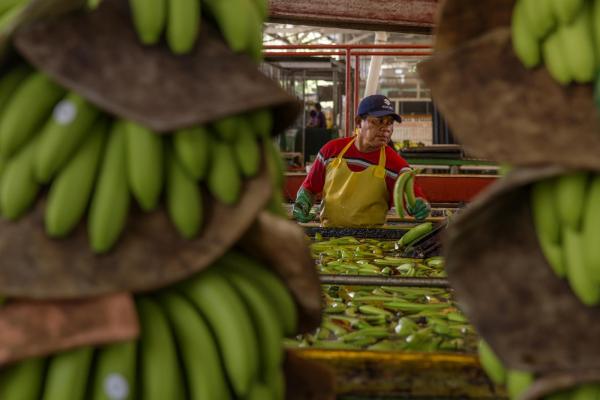 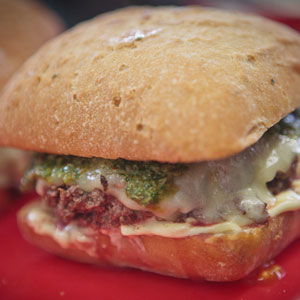