Sustain member PAN UK is campaigning for Brighton and Hove council to ban pesticides on all public land. 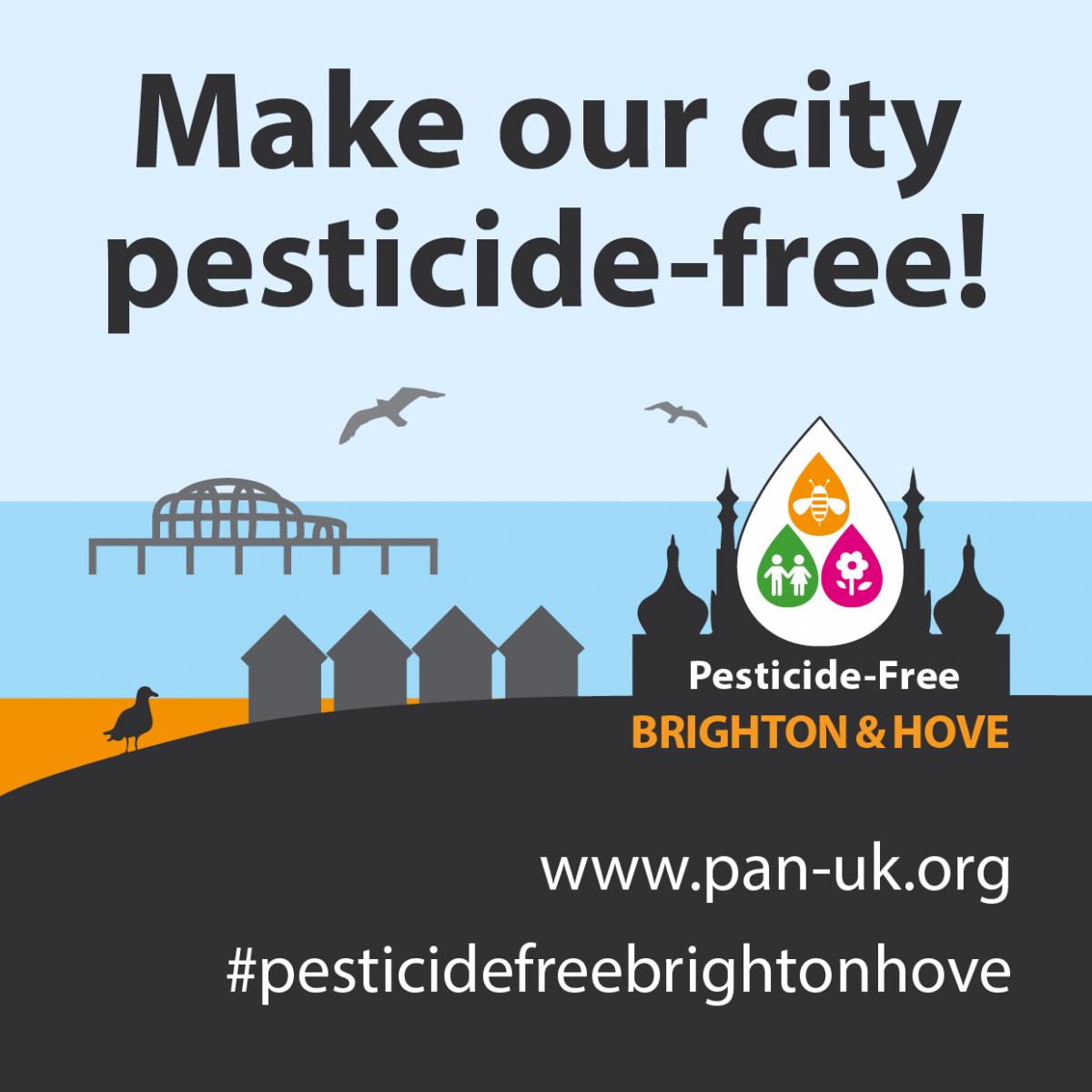 In March 2016, Brighton & Hove Council unanimously adopted a Motion promising to phase out the use of glyphosate and seek non-chemical alternatives. Sadly, these promises have not been kept and for the last three years Brighton & Hove has continued to use pesticides.

In the run up to the city-wide council elections on 2nd May 2019, PAN UK is asking all candidates to take the Pesticide-Free Pledge. Going pesticide-free is not a party political issue and the Pledge is open for all candidates to sign.

“Most people don’t realise that Brighton & Hove Council spray toxic pesticides in public spaces. We’re surrounded by these chemicals every day despite evidence of the significant harm they can cause to our health and the environment. The real scandal is that urban pesticide use is unnecessary. There are lots of safe and sustainable non-chemical alternatives available which have been proven to work.”

According to PAN-UK, 38 different chemicals were being used in UK towns and cities. They have been linked to an array of health problems including cancer, asthma, birth defects and reproductive issues. Vulnerable groups such as children, pregnant women and old people are most at risk.

Pesticides are also having devastating effects on our natural environment. They destroy many of the areas where wildlife such as bees, birds and hedgehogs forage for food and contaminate the natural resources they depend upon, including water.

Recent polling revealed that more than two-thirds of UK citizens want their local schools, parks, playgrounds and other open spaces to be pesticide-free. Since 2015, many UK councils have taken action to ban or severely restrict urban pesticide use, including Bristol, Lewes District and parts of London. France banned pesticides from all of its towns and cities in 2017.

There are a range of non-chemical approaches designed to replace pesticides, from high-tech solutions such as hot foam systems which kill plants using heat, to manual techniques like hand weeding and mulching.

“Brighton & Hove has a reputation as one of the greenest cities in the UK, but is lagging behind when it comes to protecting residents and wildlife from harmful chemicals”, added Cohen. “We urge everyone standing in the local council election to take our Pesticide-Free Pledge. After the election, PAN UK is ready to work with the Council to help it move away from pesticides and secure a healthier future for the people and environment of Brighton & Hove.”

People who live, work, or study in Brighton & Hove can get involved in the campaign by sending an email to election candidates from the PAN UK website, or by signing one of the campaign postcards that can be found in venues across the city.