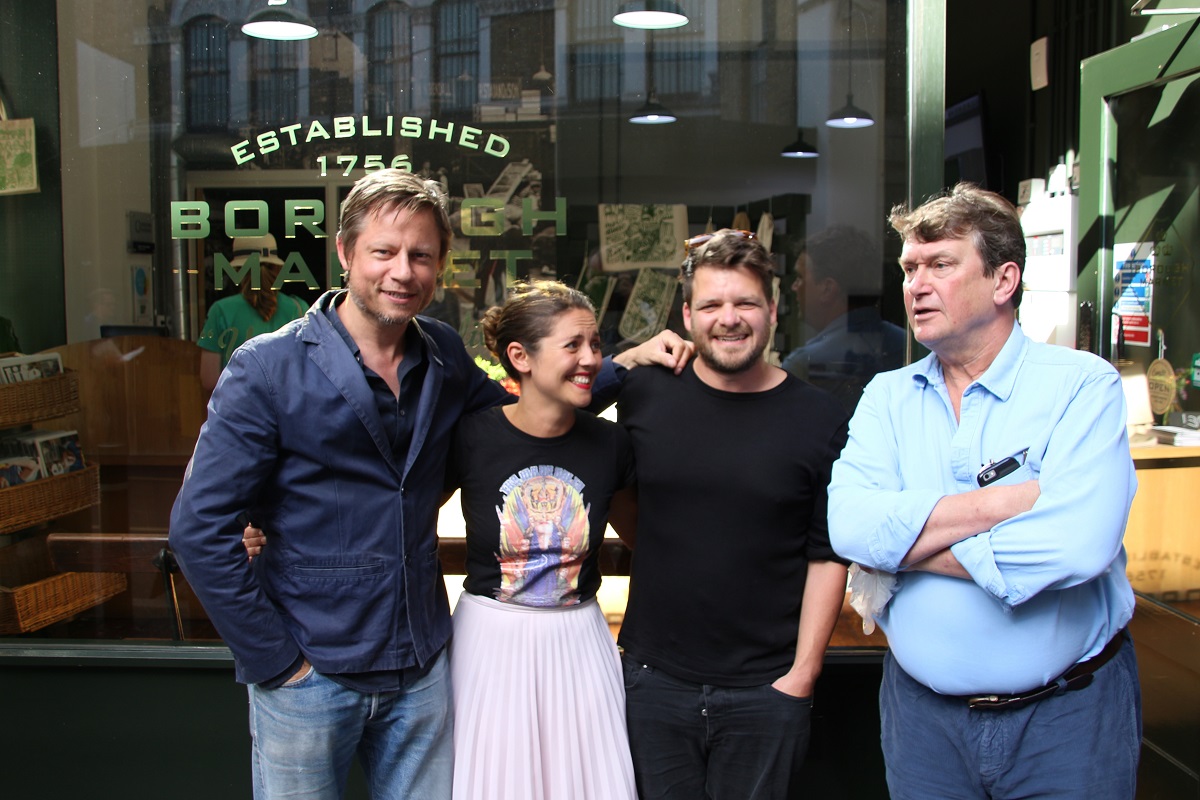 In May 2016, an open invitation was extended to the capital’s small, good food and drink makers, growers, retailers and heroes to enter. The list was then served up to Londoners, 3400 of whom voted for their favourites, creating a shortlist of finalists in 11 categories.  The winners were then chosen by a panel including London-based chefs Tom Hunt, Rowley Leigh and Oliver Rowe and food writer Olia Hercules.

The following winners were announced on 21 September during Urban Food Fortnight at a special event at Borough Market, opened by the Mayor of London, Sadiq Khan:

Read more about the winners.

Voting ended on 8 July, by which time 3440 people had voted. The top three (ie finalists) in each category were:

We're delighted that the winners in the produce categories have been decided by the following London-based judges:

Olia Hercules is a chef, food writer and author of Mamushka: Recipes From Ukraine & Beyond, the debut book prize winner at this year’s Fortnum & Mason Food and Drink Awards.

Tom Hunt is an acclaimed eco-chef, and author of The Natural Cook. He founded the Forgotten Feast, a campaign working on projects throughout the UK, to revive our cooking heritage and help reduce food waste and Poco an award winning restaurant in Bristol and now in London. He is also a regular contributor to London Food Link’s Jellied Eel magazine.

Rowley Leigh’s culinary CV includes Le Gavroche, before launching his own Kensington Place with Nick Smallwood in 1987, followed twenty years later Le Cafe Anglais. Throughout this time and still today he has been a prize-winning national newspaper food journalist and cookbook author.

Oliver Rowe is a chef, author and stylist whose work focuses on seasonal food. He has just published his first book, Food for All Seasons. He food journey to date takes in a stint at Moro and running his own ultra-local restaurant Konstam at The Prince Albert, which featured on BBC2's The Urban Chef. He now works on a variety of food projects, including a monthly seasonal supper club at the London Cooking Project in Battersea.

Winners in the people categories were decided by a panel drawn from the teams of the Urban Food Awards partners.

The main benefit for entrants is the opportunity to generate free publicity by using social media, local media, customers and friends to champion your bid for London-wide glory.

Finalists also receive a pair of tickets to the invitation-only Urban Food Feast and winning enterprises will be featured in The Jellied Eel magazine, read by 50,000 Londoners.

Everyone who votes will enter a draw to win a pair of tickets to the awards do.

Entry was open to producers / doers from 10 May to 6 June.

To be eligible in the produce categories, entrants' food/drink must be available to buy, and is grown or produced in a London borough by an enterprise with 50 employees or fewer, and...

What the judges are looking for

When entering, people were advised to make clear the ways in which they:

While we waleys like to see passion come through, we encouraged entrants to avoid hyperbole and marketing speak and make sure they back up claims (eg sustainably sourced, local, ethical etc.) as outlined above.

The Urban Food Awards 2016 are run by the Mayor of London, London Food Link and Borough Market.

If you have any queries about entries and voting, please email londonfoodlink [at] sustainweb.org, though please note that sometime we're only able to check and respond to messages once in a week.