The Government has adopted a national Sugary Drinks Industry Levy. What does this mean for a voluntary scheme like the Children’s Health Fund?

One of the main reasons for the establishment of the Children’s Health Fund was to lead the way by putting a voluntary levy on sugary drinks and make a case for the Government to introduce a mandatory, national sugary drinks levy.  We are thrilled that the Government has now committed to doing this, with the national Soft Drinks Industry Levy to be introduced in 2018.

However, two years is a long time in politics and a lot could change before the national levy is implemented. It's also an awfully long time to wait to start helping children's health. This is why the restaurants we are working with are continuing to implement the sugary drinks levy for the foreseeable future, and why we will continue to give this money to causes that help children's health and food education.

The Children’s Health Fund sugary drinks levy is applied to soft drinks with any added sugar. This creates a price differential for the consumer, which we know reduces the sales of sugary drinks. This in turn increases the consumption of water amongst children. We have a major health crisis in the UK – and around the world – and food education, alongside other measures, has the potential to make a huge difference. The money raised from this currently goes to improve access to water and holiday food provision for children.

The Government’s Soft Drinks Industry Levy targets the producers and importers of sugary soft drinks to encourage them to remove added sugar, promote diet drinks and reduce portion sizes for high sugar drinks. If companies reduce the amount of added sugar in their soft drinks products they can avoid paying the Soft Drinks Industry Levy altogether. It is not clear whether companies will pass on the levy to consumers (through price increases) and whether they will do so only on their sugary products or across all lines.

Why have UK restaurateurs including Jamie Oliver imposed a voluntary sugary drinks levy in their restaurants?

In September 2015, Jamie Oliver put a self-imposed levy of 20p per litre on all soft drinks with added sugar sold in his restaurants. 20p per litre is equivalent to approximately 7p per 330ml can of fizzy drink, which has been rounded up to 10p. Other UK restaurants are now following suit.

We believe that food education is one of the most important ways to help in the fight against obesity and diet-related disease. When kids and adults are educated about what they’re eating, they are empowered to decide when they can have a treat and when they need to eat healthier food.

Many campaigners within the medical world believe that alongside better food education should come levies or taxes that discourage people from consuming certain products more than occasionally. Sugar-sweetened drinks are an obvious place to start because they represent the single biggest source of sugar in our children’s diets. The fact that the levy exists will hopefully cause people to stop and think about why that levy is in place, which in turn may encourage healthier choices.

The money raised by restaurants through this voluntary sugary drinks levy will go into a specially created Children’s Health Fund to support initiatives around healthy eating and food education for children. The levy is about raising money, but also about raising awareness of what sugary drinks do to our bodies.

How do we know if the levy will work?

Sugary drinks levies have been introduced successfully in France and Mexico in recent years.  They have worked – for example, in Mexico there was a decrease of approximately 6% in sales of sugary drinks in the year since January 2014 when they imposed the levy. The effect has been even greater in lower-income households, which are often the most affected by diet-related ill-health.

France, Finland, Hungary, and Berkeley and Philadelphia in the USA have also successfully introduced extra taxes on sugary drinks [1]. Studies suggest that people who swap to lower or no-sugar alternatives don’t tend to add on the extra sugar and calories elsewhere in their diets.

We have a major health crisis in the UK – and around the world – and food education, alongside other measures, has the potential to make a huge difference.

Why is the levy only placed on certain drinks and not others?

Sugary drinks do not fill you up, and as a result they can make it easy for us to consume too many empty calories and gain weight. This is consistent with the new Public Health England advice that sugary drinks have no place in a child's daily diet and should be swapped to alternatives such as water, lower fat milk or no-added sugar drinks instead [2].

Pure fruit and vegetable juices, for example, contain naturally occurring (not added) sugars and these drinks often also contain vitamins and minerals. Juices can be part of a healthy, balanced diet; but they can only count as one portion of your 5-a-day, because they don’t contain the fibre found in whole fruit and vegetables. Public Health England recommends that people should consume no more than 150ml of fruit juice per day.

The Children's Health Fund is being brought in to raise awareness of the devastating effect of too much sugar in people’s diets, and in order to put pressure on the Government to do something about it. At the same time, it will raise money for food education and encourage our customers to consider choosing healthier drink alternatives most of the time (occasional treats are ok).

Soft drinks are the largest single source of sugar in children’s diets, accounting for almost a third of their sugar intake [3]. Sugary drinks are well-known among doctors and dentists for being a leading cause of diet-related disease and dental problems, especially in children. This is largely because they contain a lot of sugar (and not much else), which sends blood-sugar levels soaring, causing the body to increase its production of insulin. As a result, the liver converts any excess sugar into fat. As they don’t fill you up, sugary drinks are often consumed alongside other high-calorie foods, leading to weight gain and a whole host of potential health problems.

Many fizzy drinks contain eight or more teaspoons of sugar per 330ml can – considerably more than the Government recommends children should have in a day. Public Health England has recently issued clear advice that children’s consumption of sugary drinks should be minimised. With 28% of children obese or overweight in the UK, it is our responsibility as a country, as adults, as parents, to tackle this shameful situation [4].

Obesity is a complex problem. Will the levy of 20p per litre make a difference?

Everyone agrees that reducing childhood obesity and encouraging lifelong good food habits is going to take many different interventions and policies. But we have to start somewhere; and a sensible place to start is with sugary drinks. Academics have modelled the impact a sugary drinks duty would have if the Government introduced one in England, and the results are not to be sniffed at. It is calculated that there would be nearly 50,000 fewer cases of diabetes, over 33,000 fewer cases of heart disease and stroke, and improvements to people’s dental health [5] – and the NHS savings would amount to almost £300 million.

What other steps could Government and industry take to reduce sugar in our diets?

We believe that Government could be doing much more to tackle diet-related disease, in which overconsumption of sugar is a significant factor. Fundamentally, we need healthier, more sustainable food to be more affordable, more accessible and better promoted than junk food, if we are to see a change in people’s diets.

Jamie Oliver has put together a plan to combat childhood obesity [6] in which he proposes other ways Government could work towards improving children’s diets; Sustain is calling for the balance of promotions in retail to reflect the Government’s Eatwell Guide. Other groups such as Action on Sugar are calling for companies to reformulate products following similar practice with salt reduction over the past decade.

How much sugar should we consume on a daily basis?

Sugar is classed in two ways:

In the UK, there are lots of figures out there so it can get confusing. Let’s break it down:

How do I know how much sugar there is in my food and drink?

It’s really important to understand what you’re eating and drinking, where it’s come from and how it affects your body.
Things to look out for on food and drink labels:

It’s possible to manage your sugar intake through a healthy, balanced diet. Sugar in the diet in moderation is fine, but it is important to get the majority of your sugar intake from raw whole fruit and vegetables and milk, as these foods offer other nutrients to our bodies, such as vitamins, minerals and fibre. 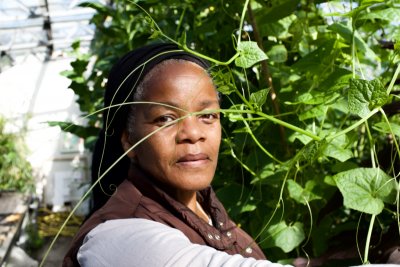 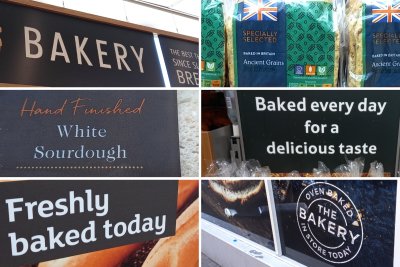