The suggestion of a pause or rethink on the Environmental Land Management schemes (ELM) has caused concern for Sustain members, nature lovers, and farmers who know public money for public goods and agroecological farming are the way to go. ELM is not perfect but it is the food system that is really at fault. 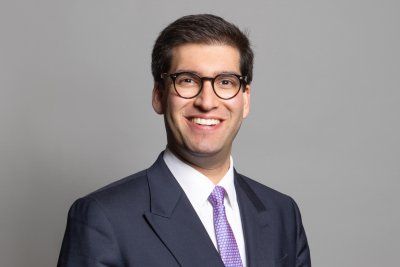 Kwasi Kwarteng’s ‘mini-budget’ and wider announcements in September set huge alarm bells ringing in the farming and environment sectors. These were fueled by rumours that Defra were considering a return to old style farm subsidies, paid per hectare occupied, while ditching the new and revolutionary Environmental Land Management (ELM) schemes for England – schemes that have been 5 years in development. I can't help feeling for the Defra staff who have bene working on this and now face so much uncertainty. Sustain and its members have written to the new Defra Secretary of State Ranil Jayawardena MP laying out why ELMS should stay.

Other threats to nature and environmental regulations were announced too. One set, via the new Retained EU Legislation Bill, could mean scrapping the Habitats Directive and clean water, air, beaches and rivers regulations, pesticide regulations, and a new form of planning in 38 new ‘Investment Zones’ could mean rules – ones that protect wildlife for instance – would be relaxed.

All hugely alarming, creating fear in the public who do care for nature, climate action and the environment.

A review of ELM

The suggestion of a rapid Defra review of farm schemes "given the pressures on farmers, and the government's aims of boosting food security and economic growth", led to a wave of social media indignation and arguments between the different interests.

Many are concerned at any suggestion that the new ‘public money for public goods’ approach for farming will be ditched. It’s supported by many farmers, but they too are concerned ELMs doesn’t stack up financially. This concern is wrapped up with wider worries around the Government’s approach to trade policy, with farmers looking down the barrel of a gun. Defra have provided some assurances that this is not the case, and that ELM is more or less still on track. But will the review lead to a 'tweak' or a 'revolution'. We will see...

But it is fair to say farmer concerns about incomes and ELM not being financially viable are very real. Removing income support, the old CAP style Basic Payment Scheme (BPS), whilst not having ELMS - and wider support schemes - in place is a disaster for the majority. They have relied on these old subsidies to make up what the market does not pay for, and with input costs rising dramatically, there are dark times ahead.

This reflects the reality that the market beyond the farmgate just does not give a fair deal and is not likely to, given the highly competitive retail environment and cost of living crisis. Farmers have practically no negotiating power when setting prices for retailers and abusive behaviors and practices by buyers is on the increase. Big farm businesses can weather the storm and have benefitted from huge subsidy cheques base on land area. Small and medium farms not so much.

Don’t pause ELMS but do reflect

ELM was far from perfect. It has problems. It’s complex, has taken ages to get off the ground, pays too little, is unviable for most smaller farms, silos out specific ‘assets’ of a farm, and is not accessible in a useful way for many farmers and growers. It also does not have enough ambition or budget to match the scale of need on our depleted lands and environment. And of course, it also can’t fix the broken food system – where too little value reaches the farm - on its own.  We need many other measures for that.

But if ELM is lost or shrunken to allow the budget to pay for old subsidies, then things will be so much worse. We need ELM to continue, to be implemented faster, to get more ambitious, plug the gaps, and really get ALL farmers on an agroecological transition. Our nutritional food security depends on protecting the resources we need to produce it. As one Cambridgeshire farmer puts it, Martin Lines, who is UK Chair of the Nature Friendly Farming Network, any delay to ELM schemes would deny farmers crucial support to adapt to a changing climate: "If the government is stalling ELMS, it is failing any duty of leadership in maintaining momentum and building resilience".

But any review really needs to look beyond ELM as that’s where many problems lie. We need stronger retailer and supply chains regulation (including not ditching the Groceries Code Adjudicator) and new, better routes to market so farmers have a choice of who to sell to. We also need emergency support to help farmers struggling with specific inflationary pressures during these particularly difficult times.

Losing even more farms and farm diversity, which has already been happened over the past decades, would be a disaster. We’d lose nature, biodiversity and landscapes, rural jobs and enterprises, local food security and culture, and smaller farms for new entrants, to mention a few. The NFU is understandably concerned about this. And of course, farmers also have the threat of cheaper imports made with lower standards, out competing them and undermining the standards they must meet, under new post Brexit Trade deals.

You can take action by telling your MP how you feel about all this. Defra needs to continue with ELM, work to make it more ambitious and to be available faster, while fixing the rest of the food system too. Some Sustain members have e-actions to help you contact your MP (e.g. RSPB, Wildlife Trusts). And support good farmers and traders when you can.