Is our fizzy drink fix frying the planet? Yes, say Sustain’s climate and health campaigners. Cutting down sugar is a quick-win for cutting our environmental footprint. 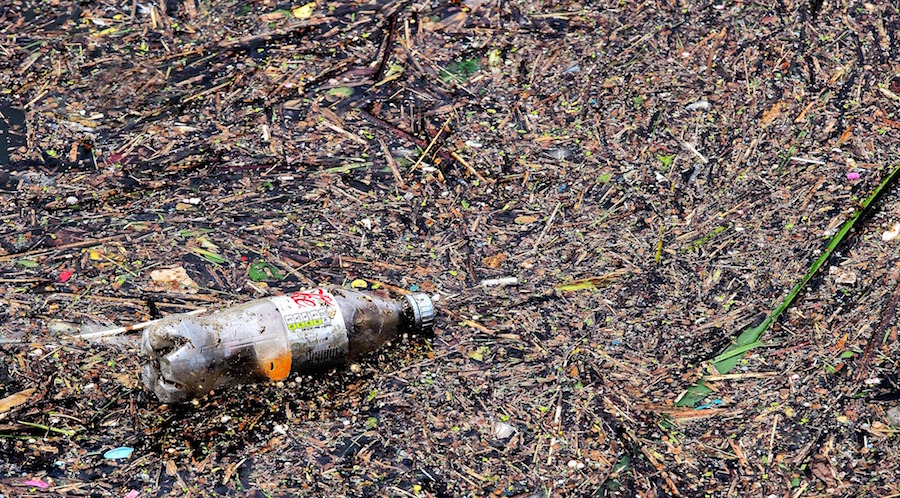 Image by Andrew Martin from Pixabay

This blog was written by Fran Bernhardt and Leyre Iñiguez de Onzoño Sanz, with input from Ruth Wescott and Vera Zakharov.

Think of a polar bear as a symbol. Chances are, you either imagine a CGI bear chugging cola on Christmas Day, or a desperate creature clinging to the last shreds of a melting Arctic ice sheet. These images may be in painfully stark contrast, but humanity's love affair with soft drinks, and the single use containers they typically come in, are having an impact on climate emissions and wild ecosystems.

Food and farming make up about a fifth of global greenhouse gas emissions and industrial farming and fishing are by far the biggest causes of habitat destruction, biodiversity loss and extinction. Sugar itself has a colossal carbon footprint. We profiled the environmental impact of a typical sugary soft drink, from primary production to packaging and ultimately disposal, to illustrate why tackling overconsumption of sugar is also a great way to reduce that environmental impact of our diets.

Empty calories with a heavy burden
Brits consume over 2 litres of soft drinks per week which translates to a staggering 63g of sugar per day. This is 2.5 times the recommended daily intake, according to the World Health Organisation. Sustain have long campaigned against the overconsumption of soft drinks, due to their toll on our weight, teeth and cardiovascular health, but it is now crucial that we also consider their role in creating a climate and nature emergency. The soft drinks industry continues to grow in both value (+9% per year) and volume (+4% per year) in the UK. Could reversing this be the one of the simplest and most effective quick-wins for cutting our environmental footprint?

Soft drinks contain virtually no essential nutrients. The main ingredients are carbonated water and sugar or syrup. Whilst they support some fluid and energy intake, they essentially supply our bodies with sweetening agents, and most of these are associated with high obesity rates, insulin resistance, type 2 diabetes and cardiovascular disease.

Eroding our teeth and our Environment
Soft drinks are as unfavourable for the environment as our health. The production process – as for any highly chemically processed food - uses vast amounts of energy. But the biggest factor in their impact is production of raw ingredients. According to the World Wildlife Fund (WWF), sugar has “arguably had as great an impact on the environment as any agricultural commodity,” thanks to the significant biodiversity loss caused by the wholesale conversion of habitats on tropical islands and coastal areas. WWF add that intensive sugar farming has caused considerable soil erosion and degradation and releases large amounts of chemicals into the environment in the tropics and beyond. Soil acts as a carbon sink, taking CO2 from the atmosphere and converting it into organic carbon. Erosion hinders this process and the soil’s crucial role in fighting the climate emergency.

And conventional sugar beet is no better in this regard. Feedback’s report Too Much of a Bad Thing argues that British reliance on sugar beet to meet our sugar consumption trends is a misuse of soil and land for growing. UK sugar beet production is bad for both nature, because of its heavy reliance on pesticides, and the climate emergency, because of the significant amounts of soil loss and erosion. On top of this, the land used in the UK for sugar beet is equivalent to the land used for growing all other vegetable crops combined. This is a threat to our food security as well as our soil health.

And let’s not forget that refining and processing soft drinks adds significantly to their carbon footprint – factories use fossil fuels to pasteurise syrup and produce chemical waste that pollutes local ecosystems.

Drinking land and communities dry
An extraordinary amount of water is required to produce soft drinks - chiefly from producing sugar. If sugar beet from cooler climates like the Netherlands is used, it takes an estimated 170 litres of water to produce a 0.5 litre bottle of soda. For sugar cane from Cuba, this is closer to 310 litres.

Companies such a Coca-Cola have a long-standing tradition of setting up factories in poorer countries, impacting community access to safe drinking water as well as impacting local health outcomes by flooding local markets with cheap sugary colas. Communities in places such as San Cristóbal, Mexico have made valiant efforts to stand up to the drinks giant and the federal government, highlighting water use and health concerns. And in 2017, the Tamil Nadu region successfully boycotted Coca-Cola and Pepsi – accusing the firms of taking so much water from rivers that farmers struggled to irrigate land at a time of severe drought.

Are diet drinks better?
Following the introduction of the Soft Drinks Industry Levy in 2018, sales of sugar sweetened drinks in the UK dropped by 8.8%; but sales of ‘diet’ drinks containing sugar-substitutes increased by 13.8% (link contains a paywall).

Aspartame is the most common sugar alternative used in soft drinks in the UK, and is made by fermenting corn and soy and then chemically modifying it – essentially it is manufactured in an industrial process. Diet cola has fewer calories because even though we taste the sweetener, our bodies don’t digest it. One 2009 study conducted by the Carbon Trust (on behalf of the Coca-Cola company) found that Diet Coke had a modestly lower carbon footprint than regular Coke thanks to the lower footprint of artificial sweeteners compared to sugar, but more recent studies have found that since artificial sweeteners reach waterways and can break down under UV light into toxic compounds, any environmental benefit is somewhat undermined.

Unpacking the impact of packaging
Now think about the plastic bottle as a symbol. You are likely thinking about unrecycled bottles clogging waterways and local neighbourhoods, especially in poor communities across the globe. It’s important to consider the climate impact of packaging of soft drinks, and trends in disposal, to question fundamentally the cost of a sugary drink. While packaging, including plastic, is not inherently bad, it’s the overuse of packaging, especially for single use and for products that ultimately add little to our nourishment.

Soft drinks are usually packaged in plastic, glass bottles, or aluminium cans. The carbon footprint of these options differs by country (because of differing recycling systems) and on the number of uses that a container may have. Overall, refillable glass bottles have the lowest footprint, with aluminium cans second and recycled PET third. Single use glass bottles have the highest carbon footprint, but are 100% recyclable and have the lowest impact when recycled properly. Coca-Cola alone produces 3m tonnes of plastic packaging a year – equivalent to 200,000 bottles a minute. In the UK, 43% of soft drink bottles are made from single-use plastic which ends up in landfill and takes 400 years to decompose.

City to Sea, the organisation behind the Refill campaign, points out that plastic bottles are the most common type of single use plastic found on our seashores. While drinks companies tout their bottles’ recyclability, many of them are ultimately not recycled, due to a host of factors such as local access to adequate recycling infrastructure. While taxes such as bottle return schemes can be a good way to funnel profits from sales to build infrastructure needed to meet local recycling demands, this does not account for the loss of resources along the way. 4–8% of the world’s oil production is used to make plastics and that plastic production is expected to account for 15% of global greenhouse gas emissions by 2050 if consumption trends continue.

Unsavoury tactics by sugary giants
It’s important to highlight the role of junk food advertising and promotion in undermining efforts to reduce the climate impact of our food system and tackle pollution. Junk food brands spend 27 times more on advertising than the UK Government’s budget for healthy eating campaigns. But this advertising and local promotional strategies such as the Coca-Cola Holiday Truck Tour are intended to drive sales, which translates to increased consumption and its related environmental impact. This also puts a strain on local council budgets and community efforts to address littering.

But it’s not simply about sales. As public attitudes on single use plastics shift, companies are on the front foot to rewrite the very strategies and standards around packaging intended to ease the environmental burden of our food system. In 2019, Coca-Cola ran an ad campaign that sought to redefine single use plastics, which was reported to the Ads Standards Agency by City to Sea and others. Unfortunately, the Agency did not take action on the misleading terminology, which runs counter to national and international guidance on which resource use policy is hinged.

Let's end on a positive note
Public resistance to the idea that fizzy drinks deserve to be central in our lives and culture is growing. At the end of 2019, and after years of campaigning by organisations such as Sustain and Greenpeace to put a halt to the unhealthy and unsustainable Coke Truck Tour, the company's flagship yearly visit to the O2 Arena was finally cancelled, a victory taken over the finish line by Extinction Rebellion London protests.

What we can all do
With soft drinks offering no discernible nutritional benefit and a hefty environmental footprint, reducing consumption is a no-brainer for our bodies and the planet. But there ways to enjoy soft drinks mindfully, as treats, and prioritise healthier and more sustainable hydration options:

Learn more about the issues discussed here via our campaigns Children's Food Campaign, Climate and Nature Emergency and Sugar Smart.

Vera (currently on maternity leave) is the Sustainable Food Places Local Action Coordinator, having joined the Sustain team in 2017. She leads on the programme’s Good Food Movement work, and coordinates the Sugar Smart campaign, as well as supporting the Food for the Planet Campaign.