Fox, Gove, horsemeat and chlorine-dipped chicken: what a week!

Sustain's Chief Executive Kath Dalmeny reports on a meeting with Michael Gove, the opportunities this presents, and her sense that the time has come for Sustain and alliance members to step ever more confidently onto the national stage. 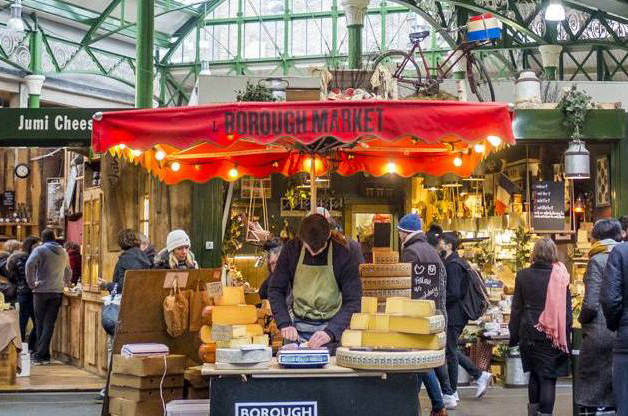 What a week it has been. In the space of just a few days, we have seen UK trade negotiations commence with the US; Trade Secretary Liam Fox hounded in the media for dismissing concerns about chlorine-dipped chicken as a “detail”; and Environment, Farming and Fisheries Secretary Michael Gove cautiously heralded as a green convert after a compelling speech on farm subsidies and the environment. Followed by Gove defending our right to eat chlorine-free poultry - in stark contrast to several of his fellow front-benchers.

This comes all in the same week that three men are on trial for the horsemeat scandal. By this and chlorine-dipped chicken we are reminded that food politics, and the temptation to dumb down food standards for financial gain, are lived out most viscerally in the meat supply chain. By our meat standards shall we be known. By the defence of better meat standards shall our leaders be known.

At Sustain, it has been every bit as intense a period internally as it has on the national stage. Three pieces of news stand out, worth sharing with Sustain alliance members:

Taken together, all of this signals to me that the time has come for Sustain and our members to step up and take to the national stage as never before, joining forces ever more coherently and passionately to win our vision for better food, farming and fishing. We will need to work together to respond to a major programme of forthcoming legislation on trade, agriculture, fisheries and the Repeal (Withdrawal) Bill. And we may have new and sometimes surprising allies in doing so.

When I read Michael Gove’s speech on farm subsidies and the environment, I felt - frankly - a glimmer of hope. Brexit has been a rough ride thus far, with much more yet to come, so hope is badly needed. We will need it to get us through the tumultuous times ahead. On this basis, Sustain has been working hard over the past year to bring people together, share news, inspiration and tasks, develop common understandings, agree how to respond, cultivate connections, and remind ourselves – even in such a divided country – that there is more that unites us than divides us.

I was invited by Defra to attend the roundtable meeting with Michael Gove at Borough Market on the south side of London Bridge, where we were served high-quality British produce and baked goods from Bread Ahead bakery. This is the bakery that made the news not even yet two months ago, when an employee beat off a terrorist attacker with a bread crate. It reminded me – in that compelling way that emblematic food so often can – that these are disturbing and defining times. I hope our discussions did that baker’s craft and courage some small justice.

I admit to having had some trepidation before meeting Michael Gove. So I took in with me that nascent glimmer of hope. I went in cautious and sceptical. After a 90-minute session, I was… impressed, perhaps even a little excited. Gove spoke fluently and off-script about many of the issues that Sustain alliance members care about so much – food provenance, quality, skills, education, young people, workers, enterprise and start-ups, environment, animal welfare, sustainable fisheries, school meals and public sector food procurement. The presence of Leon Restaurant’s Henry Dimbleby, architect of the School Food Plan and one of the main players in recently saving Universal Infant Free School Meals, was also a reminder that Gove is prepared to work with others to achieve positive change.

As a result, it felt possible – even plausible – that Gove’s leadership of Defra at such an important time could become characterised by a focus more on high quality and values, and less on a nasty, unfair and damaging global race to the bottom. Of course, these are – for now – just words. Of course, we will haggle over the detail and the pace of change. Of course, we will disagree about the exact role of government in achieving many aims. Of course, there will be too little money or directed in ways we don't always agree with. And of course, whether Gove’s apparent intent is able to win through against the likes of Dr Fox and his chlorinated trade deals remains to be seen. On this last point, let me commend a sobering article by Sustain's good friend Jean Blaylock of Global Justice Now, warning that in a UK-US trade deal, chlorine-dipped chicken will be the least of our worries.

But I, for one, am now prepared – as Green Alliance leader and Sustain Trustee Shaun Spiers has urged – to take the man at his word and support efforts to put fine (sometimes Byronic) words into practice. But of course, we must also hold Gove to account with the vigilance and persistence that such times and our shared purpose demand.

This is a report principally for Sustain members, so I will give further detail. Food businesses, leading chefs and third-sector organisations were in attendance at the roundtable meeting, these latter including Fareshare, Food Foundation, Sustain and WRAP.  As it was a meeting on ‘innovation in the food supply chain’, the issues I raised on behalf of the Sustain alliance (and which were backed by other attendees) included:

Messages from smaller and progressive businesses at the Brexit Food Business Forum, which I had participated in only a week before, proved helpful. Views expressed there, and present in the discussion with Michael Gove, highlighted that third-sector groups have many shared concerns with progressive industry – and that good solutions will need, and receive, support from many different types of organisation - if Gove truly has the spirit and opportunity to push these through.

At the Sustain Brexit Forum:Taking Stock, which we convened in June, I suggested that we should do more to “engineer serendipity”. It raised a laugh, but I meant it seriously. Every conversation that you, I and we have had over the past year has helped to shape the confidence with which Sustain is able to present our shared vision for better food, farming and fishing. So when the call from Defra came, we had well thought-through proposals and passion to put on the table, and I was able to say - truthfully - that I had consulted with over a hundred organisations and sector specialists to shape our priorities.

So, in conclusion, I want to share with alliance members that that this feels like the start of a new phase. I look forward to exploring with you - the Sustain alliance - how to flex our muscles and promote our shared vision.

And perhaps now with welcome hope as our travelling companion.