Sustainability is not just about the food you eat. Three areas of special concern are dealt with briefly in this chapter: waste, energy and water. Whilst Sustain does not specialise in advice on these important aspects of the food system, we mention them here because they play an important part in the overall sustainability of our food and farming systems. 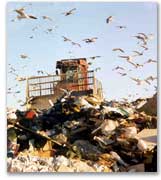 However much energy is has been used to make food and its packaging, all of it is wasted when it is thrown away. For example, in the UK we throw away an estimated 6.7 million tonnes of food every year, accounting for around a third of all of the food we buy. About half of this is edible, with the rest comprising of peelings, meat bones, and so on. Food also makes up a high proportion of the waste from manufacturing, catering and retail outlets. Fruit, vegetables and salads make up about 19% of the waste by weight from supermarkets. Artificially high cosmetic standards stipulated by supermarkets and caterers can also result in large amounts of a fruit crop going to waste.[1]

Large amounts of energy are also used to prepare food - in cooking and refrigeration - and indirectly in the production, processing and transporting the food. Most of this energy will be from non-renewable fossil fuels, and are therefore a significant source of greenhouse gases. In total, the food sector is estimated to be responsible for between 20 and 30 per cent of the UK’s greenhouse gas emissions.[2] Much more could be done to improve energy efficiency at home and in food businesses, so that we can all play our part in reducing the greenhouse gas emissions that lead to global warming. 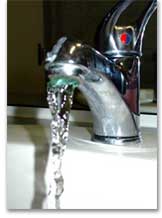 Water demand has increased dramatically over the past quarter of a century, and we now use half as much water again as we did in 1980.[3] This is a result of changes in lifestyles and many more water-using appliances. The need for us to use water more efficiently is due to several factors – not simply because water resources are finite (a good enough reason in itself!). For example, water purification is a major user of energy, which contributes to climate change. In itself, climate change means we can expect hotter, drier summers and more unpredictable weather, with greater risk of droughts and water shortages. We should all do our bit to use water more wisely.

What can we do about it?

A recent survey from the market research organisation Mintel[4] reported that 71% of British adults recycle as much packaging waste as they can. This attitude is supported by a 2007 government survey, which also showed that around two-thirds of us are concerned about saving energy, and over half about saving water.[5] For example, you can:

Sustain: The alliance for better food and farming advocates food and agriculture policies and practices that enhance the health and welfare of people and animals, improve the working and living environment, enrich society and culture and promote equity. We represent around 100 national public interest organisations working at international, national, regional and local level. The alliance is a registered charity (no. 1018643) and company limited by guarantee (no. 02673194).

Sustainable FoodAim to be waste free Eat better, and less meat and dairy Buy local, seasonal and environmentally friendly food Choose Fairtrade-certified productsSelect fish only from sustainable sources Get the balance right Grow our own; buy the rest from a wide range of outletsWhat is sustainable food?You've got better food, now…