How many Real Bread bakers does it take to change a food system?

How many Real Bread bakers would we need to feed the entire nation once more? As Kelly Parsons finds out, Campaign co-founder Andrew Whitley has done some sums and reckons the answer is around 75,000… 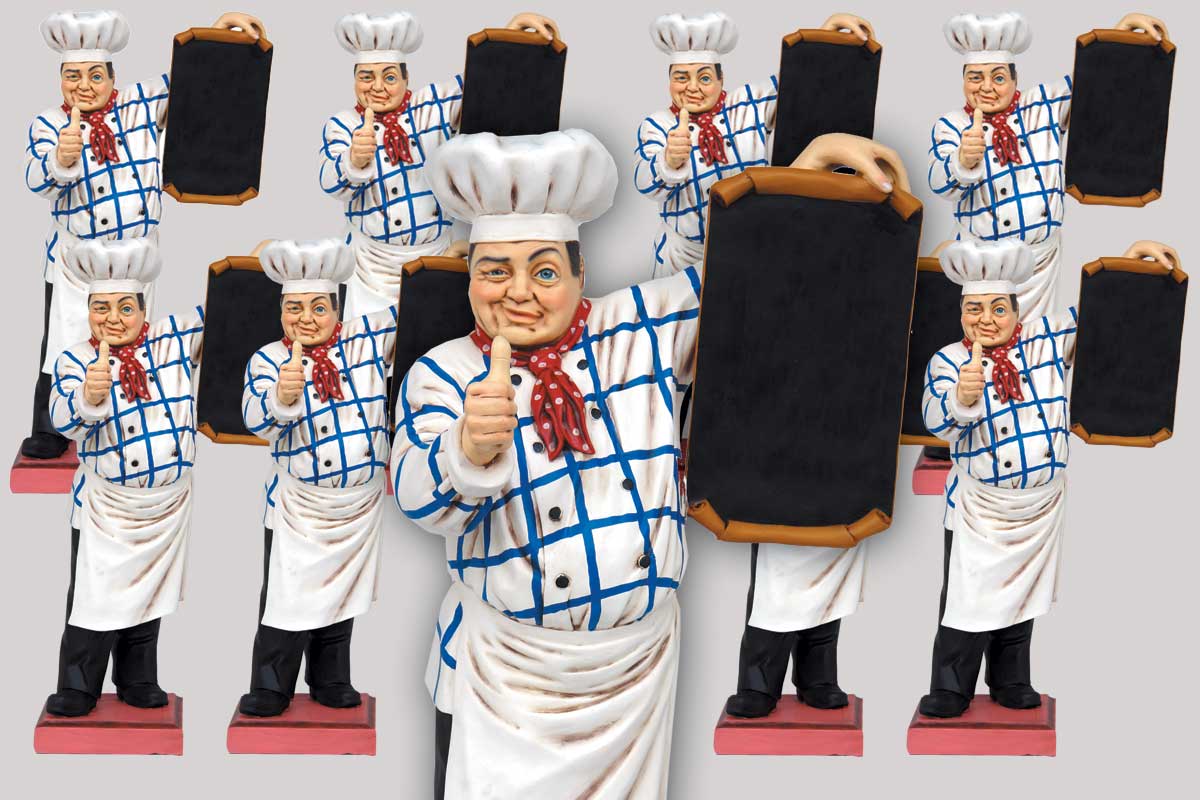 The Middle Eastern ‘bread riots’ of recent times have, once again, confirmed the humble daily loaf as the embodiment of a nation’s food security. Whether as a response to soaring grain prices, or to panic buying incidents caused by delays to ‘just-in-time’ supermarket deliveries getting through (such as witnessed in the flooded Gloucester town of Tewkesbury in 2007), the case for building more resilience into our bread supply is undeniable.

More locally-dispersed wheat stocks, mills and bakers could far better withstand such political and environmental shocks; but what would we actually need to do to ensure everyone was within walking distance of a local loaf?

Well, for starters, of the twelve million or so loaves baked (though not necessarily all eaten) every day in the UK, perhaps about three quarters are sold by supermarkets.  Bread Matters' Andrew Whitley says that an individual artisan baker can produce at most 200 loaves per day, so it would take 60,000 Real Bread bakers to match the current national loaf output. If we add in an extra twenty five per cent to our artisan baking army to cover days off for holidays and sickness, the number goes up to 75,000.

From his own experience at the Village Bakery, Andrew told me that the minimum number of bakers you need to sustain a small bakery is three; which means 25,000 bakeries each making around 480 loaves a day, or 3360 per seven-day week.  By way of comparison, France, which obviously covers a considerably larger area geographically, currently has about 30,000 bakeries. Is this level of productivity realistic? Well, prior to its recent move to larger premises, The Handmade Bakery was pushing out around 1200 loaves a week with a tiny amount of space and relatively basic equipment. As this output was from six part-time bakers doing a total of eleven shifts over just five days per week, the target of 3360 loaves is by no means an impossible one.

As well as improving our food security these local bakeries would also create many more jobs per loaf than the current system. If fewer than one in thirty of the 2.43 million people unemployed (figures to April 2011) and claiming benefit were to train as an artisan baker we would have 75,000 bakers spread across the community. Andrew believes that the other important impact of a local bakery system would almost certainly be in reducing waste.  With most bread made fresh and on the doorstep, he feels that there is a good chance that far less would be wasted, reducing the overall number of loaves needing to be made.   According to WRAP, the government-linked Waste and Resources Action Programme, each year we throw away 2.6 billion individual slices and a further 69 million whole loaves, plus rolls, croissants, crumpets, and other bready goods worth a total of just under half a billion pounds. What’s more, fresh bread within walking distance means no need for any of the shelf-life-extending enzyme adulterants that are currently used in most British industrial loaves - though not, of course, declared on the label.

Let’s be clear that the initial cost of such a Real Bread takeover would be considerable. Based on Andrew’s calculations, kitting out a small bakery to high professional specification with two wood-fired ovens and other equipment can cost up to £50,000, and allowing for an average of £50,000 for refurbishment of premises and some working capital, it could mean £100,000 to set up each of our 25,000 bakeries: £2.5bn.

Investment in the wellbeing of the nation

But let’s put that long-term investment figure in perspective: it’s only just over a third of one percent of the government’s ‘total managed expenditure’ (£710bn) for 2011-12, or we could look at it as being around only £33,000 per baker job created, which is less than a third of the average bonus (£104,839 – that’s on top of the basic salary) of a Barclays Capital employee this year – and that company’s total bonus pot of £2.6bn could have more than paid for the whole takeover. Balance this against how it could drastically save on benefit payments; and be an important investment in the nutritional, social and political wellbeing of the nation.

And, of course not everyone on a mission to expand the alternative food system sets off with an all-singing, all-dancing three-person bakery.  There are plenty of people with big ideas but small budgets who have already begun baking Real Bread for their local communities from kitchen tables. To supplement an existing domestic baking set up to increase your once-weekly bake of one or two loaves to say a dozen or twenty in order to start a small bread club for neighbours could take an initial investment of under a hundred pounds.  Now that’s not a lot of dough to invest in the rise of Real Bread!