We were delighted in 2015 when Keith Bohanna and co set up Real Bread Ireland. 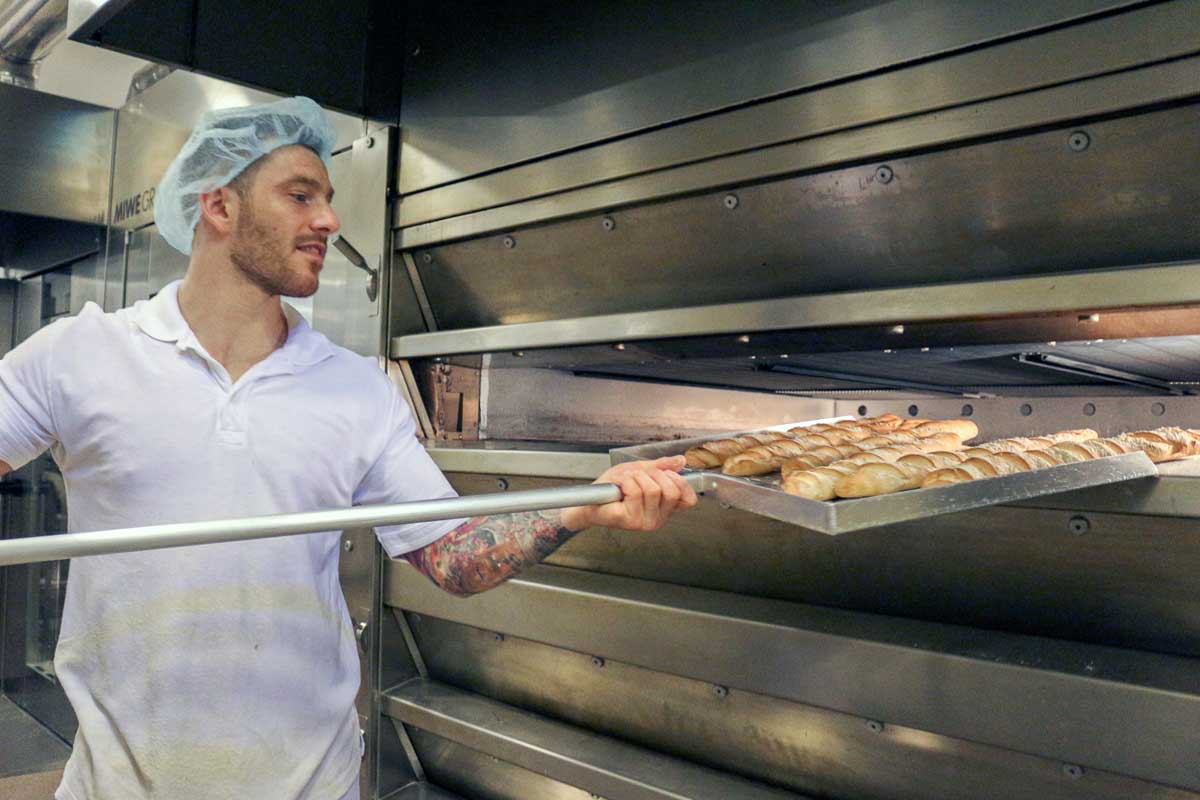 An interesting thing happened in Ireland during the post-2008 recession period. People’s attitude and approach to food rebalanced to become more aware of good, proper and local food.

While professional Real Bread bakers benefited from this, they faced unique challenges, including a high dependency on human skills, long unsocial working hours and difficulties in scaling the distribution of a fresh product. As Joe Fitzmaurice from Riot Rye Bakehouse in Cloughjordan, County Tipperary says:  “working as a certified organic baker in Ireland before the launch of the Real Bread Campaign was often a fairly lonely and difficult place to be.”

Joe continues “When the Campaign was launched it was a huge help. Here was a community of like-minded bakers, supporters and food activists looking to share their knowledge.”

The Campaign that began over in the UK inspired us to do something similar for ourselves. I’m not a baker but Joe was the first of many to support and trust that an interested and passionate consumer could help get a support network together for Real Bread bakers of the island of Ireland. “A previous attempt at launching a similar grouping in Ireland stumbled and fell. When Keith contacted me about coming together with some other bakers to set up Real Bread Ireland, it was a huge lead in galvanizing and rooting a new future for us,” Joe adds.

From its launch in January 2015 with six members, in just over a year Real Bread Ireland and has grown to nearly 50, of whom 38 are professional bakers. The network is deliberately light, with no limited company or other structure, meaning paperwork and admin is minimised.  We have a three hour gathering of members every three months so they can share, learn and plan with each other.

A lot of fun

There are a number of guiding principles for us all. Our key message is a celebration of what is good, a pride in bread done properly. As with the Real Bread Campaign, education is another key mission for our network.  As William Despard of Bretzel Bakery in Dublin says: “we believe education to be the key to generating a strong demand for quality and nutritious food.” Most importantly, we bring together a group of bakers who have a lot of fun meeting up and sharing their thoughts with each other.

Dara O hArtghaile from Ursa Minor Bakehouse in Northern Ireland explains: “to me it is about creating a network of bakers, bread lovers and supporters to share their thoughts on promoting Real Bread in the island of Ireland. It’s an opportunity for bakers to work together and create a brand and promote the differences and benefits of Real Bread, as well as promoting the hard work that producers and cafés and restaurants do. For consumers it’s a chance to find out more information about what makes us different.”

New members quickly learn that any ideas they have for actions, initiatives and projects are either done by them or they will not be done at all. As such, at those quarterly gatherings we have a policy of urging each member to contribute actively to the work of Real Bread Ireland.

Dara O hArtghaile again: “The campaign works extremely closely with Joe Fitzmaurice, Patrick Ryan, Declan Ryan and all of the other bakers that want to be part of it. That’s what I love about it. We all have a say and can get involved as much as we want. For me as a baker, the highlights mainly are in the relationship with other likeminded bakers, talking formulae and different approaches to baking Real Bread. It also helps in sourcing equipment and ingredients.”

Sarah Richards from Seagull Bakery in Tramore, County Waterford, says: “I was delighted when I discovered Real Bread Ireland had been established. It is great to get to know and feel the support of other Real Bread bakers across the country and so quickly, and to feel part of a community. I love the Twitter chats and banter we have at obscure hours while baking. It’s great company for a sole baker!”

At the same time as building strong community here, we maintain our links with the wider, international Real Bread community. As William Despard told me: “The Real Bread Campaign has been a rock of good sense and guidance as we wrestle our industry back from the industrial plant bakeries.  We were delighted to host the inaugural Real Bread Ireland Gathering at the bakery in December, with guest speaker Andrew Whitley’s inspiring words capturing our audience on a chilly winter’s evening. Within twelve months we hope to have the energy to devise another public event like this and we look forward to continuing sharing ideas across the Irish Sea.”

Real Bread Ireland continues to grow, thanks in part to the great coverage we have secured in a number of national media publications as well as on TV. We’re now looking to the future, with potential future initiatives that include tackling core issues such as training of craft bakers and the developing a flour supply chain based on home-grown grains.