Action on childhood obesity must speed up, MPs told

The Children's Food Campaign has pointed to the plethora of government consultations but lack of decision making and concrete action in its new response to the Health and Social Care Select Committee follow up inquiry on childhood obesity. 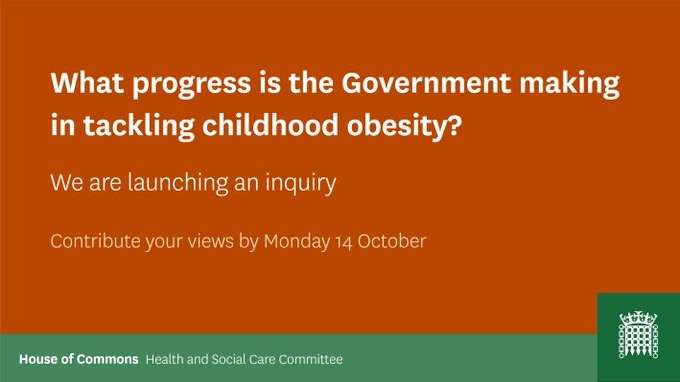 The Children's Food Campaign has submitted a response to the Health and Social Care Select Committee follow up inquiry into childhood obesity, which closes on 14 October.

In the response, the Children's Food Campaign/Sustain response expresses disappointment that despite many Government consultation processes over the past 12-18 months, none of the promised measures have yet been implemented, and the outcomes of many consultations are still unknown.

The campaign also points to areas of junk food marketing, such as use of child-friendly cartoon characters and sports sponsorship where new evidence shows that the lack of regulations continues to drive huge promotion of food and drink high in fat, salt and sugar in ways that are designed to attract and appeal to children.

Sustain welcomes the commitments announced today by Government which include £170m Covid...

The Children's Food Campaign welcomes recommendations in a new report Serving up Child...

New calls for Government to act on child hunger this Christmas

Over 30 civil society organisations, including Sustain and the Children's Food Campaign, have...