Eight years since publishing its original Are Supermarket Bloomers Pants? report, the Real Bread Campaign believes that what much of supermarket ‘in-store bakery’ still amounts to is little more than in-store theatre. 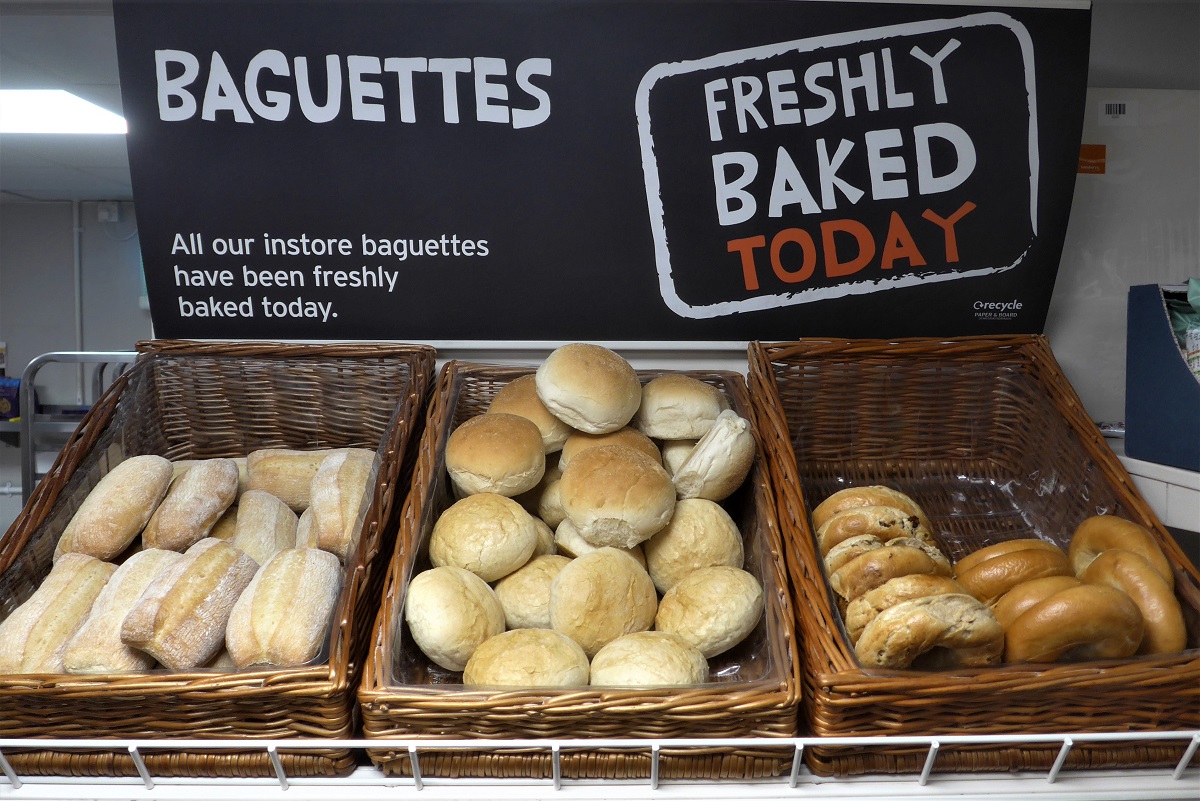 Observation from store visits and online research, combined with earlier research and industry inside-knowledge, and with the UK’s eight largest supermarket chains’ reluctance to answer survey questions, leads the Campaign to believe that the following practices remain endemic across the sector:

Other practices observed by the Campaign include the use of ‘ancient grains’ to market premium products made predominantly from highly-refined modern wheat flour and usually only a very small amount of anything that might arguably qualify for the description ‘ancient grain’; and failure always to give a quantitative ingredients declaration (QUID) for characterising ingredients that appear in loaf names.

Real Bread Campaign coordinator Chris Young said: “We believe that people have the right to know what they’re eating: what is used to make a loaf, as well as how, where and when it was made. Our research leads us to believe supermarkets could do a lot better to support this right.”

The many specific examples in the report that help to illustrate the general picture include:

To protect shoppers and help create a level playing field on which small, independent Real Bread bakery businesses can thrive, the Real Bread Campaign continues to call on the government to introduce an Honest Crust Act that will outlaw all of the above practices. In the meantime, the Campaign urges all loaf makers and retailers to end them voluntarily.

To give a fuller picture of the products and practices of individual companies, and across the sector as a whole, the Campaign invites all UK supermarket chains publically to answer all 20 of the questions that can be found in the appendix to the report.

The Campaign’s site also includes a new, interactive Real Bread Map to help people find places to buy additive-free loaves; as well as classes, ingredients and equipment to help them bake their own. www.realbreadcampaign.org

This report was written before news of the tragic death Natasha Ednan-Laperouse as the result of an allergic reaction after eating a sandwich she did not know contained sesame. Read Real Bread Campaign commentary on this case, and the wider issue of loaf labelling and marketing legislation.

Are Supermarket Bloomers (Still) Pants? is based mainly on findings from Real Bread Campaign research conducted on the eight UK supermarket chains with more than 5% market share: Aldi, Asda, The Co-operative, Lidl, Morrisons, Sainsbury’s, Tesco and Waitrose. In May 2018, the Campaign began attempts to contact the bakery category manager or relevant head buyer, at each by email to ask 20 questions about their in-store bakery and other own-brand loaves.

By July 2018, The Campaign had received no answers from any of the supermarkets. We then wrote a letter to the CEO of each company, followed two weeks later by an email. None of the CEOs replied. We did receive communication from some company representatives, but not answers to any of the questions.

We therefore visited stores to look at loaf labelling and marketing materials. We also examined the retailers’ websites and other sources, including trade press. The information in this report comes from this research, which we acknowledge may give only a partial reflection of a specific company’s policies and practices but a fair overview of the sector as a whole.

It should also be noted that as labels, marketing and websites are the primary sources of information for shoppers. As such, our research and difficulty obtaining facts is a fair reflection of their everyday experiences.