A Real Bread Campaign investigation of in-store bakery and own brand loaf manufacture, labelling and marketing.

Eight years since publishing the original Are Supermarket Bloomers Pants? report, the Real Bread Campaign believes that what much of supermarket ‘in-store bakery’ still amounts to is little more than in-store theatre.

Observation from store visits and online research, combined with earlier research and industry inside-knowledge, and with the UK’s eight largest supermarket chains’ reluctance to answer survey questions, leads the Campaign to believe that practices endemic across the sector include: 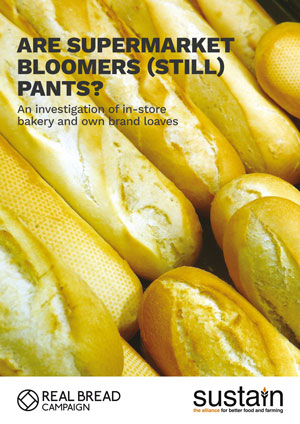