Three Real Bread Campaign supporter bakeries have won come out on top in food awards around the UK. 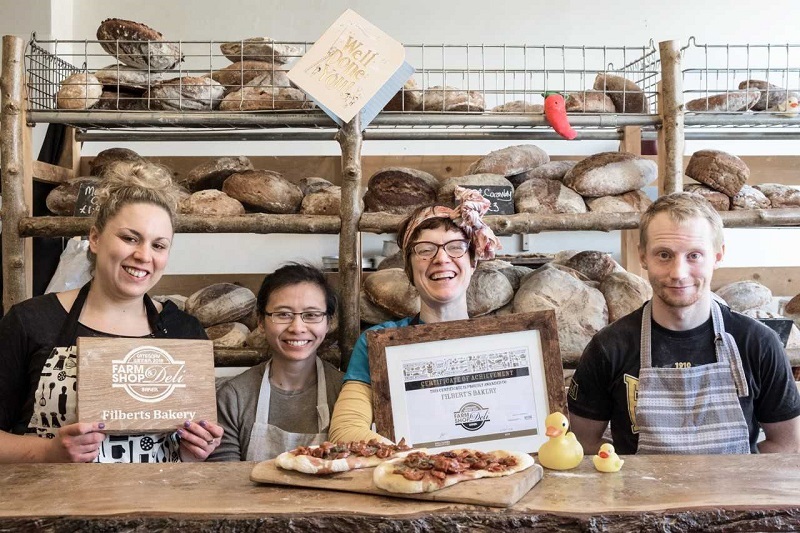 Lancaster-based Filbert’s Bakery won Baker of The Year award in this year’s Farm Shop & Deli Awards. Judges were impressed by Felicity Smith and her team’s passion for producing organic, Real Bread, made from locally-sourced ingredients. Judges also commended Filbert’s Bakery for their commitment to supporting waste reduction campaigns, including The Real Bread Campaign’s No Loaf Lost initiative. Felicity says she is over the moon with the result: “it was most assuredly a team award.  We are a tiny bakery, started from enthusiasm and very little knowledge. No one is formally trained, and only one ever worked in a bakery prior to this one (and it wasn't me!)”

The Abergavenny Baker, a small bakery school run by Rachael Watson, scooped Best Cookery School in the 2018 Welsh Food Awards. Run in her traditional Welsh cottage kitchen on the edge of the Brecon Beacons, Rachael’s cookery school was the only entrant to specialise solely in bread. Racheal believes the award “just shows that public interest in bread matters are running high!”

Emma’s Bread in Exeter won Food Producer 2018 at Exeter Living Magazine. Judges remarked that Emma Parkin’s “‘ancient and magical’ process of baking is to be congratulated”, and noted her “inspirational approach” to producing Real Bread and cakes using traditional methods and organic ingredients.

The one day event at Brook Food in Somerset will include hands-on and knowledge-based workshops and an optional evening social, including a hog roast and veggie feast around a bonfire, accompanied with live music and bar.