A new Capital Growth project has been announced as one of five funded by Department of Culture Media and Sport (DCMS) and the Centre for Ageing Better. The project will find and share better ways of supporting and recruiting older volunteers at community gardens. 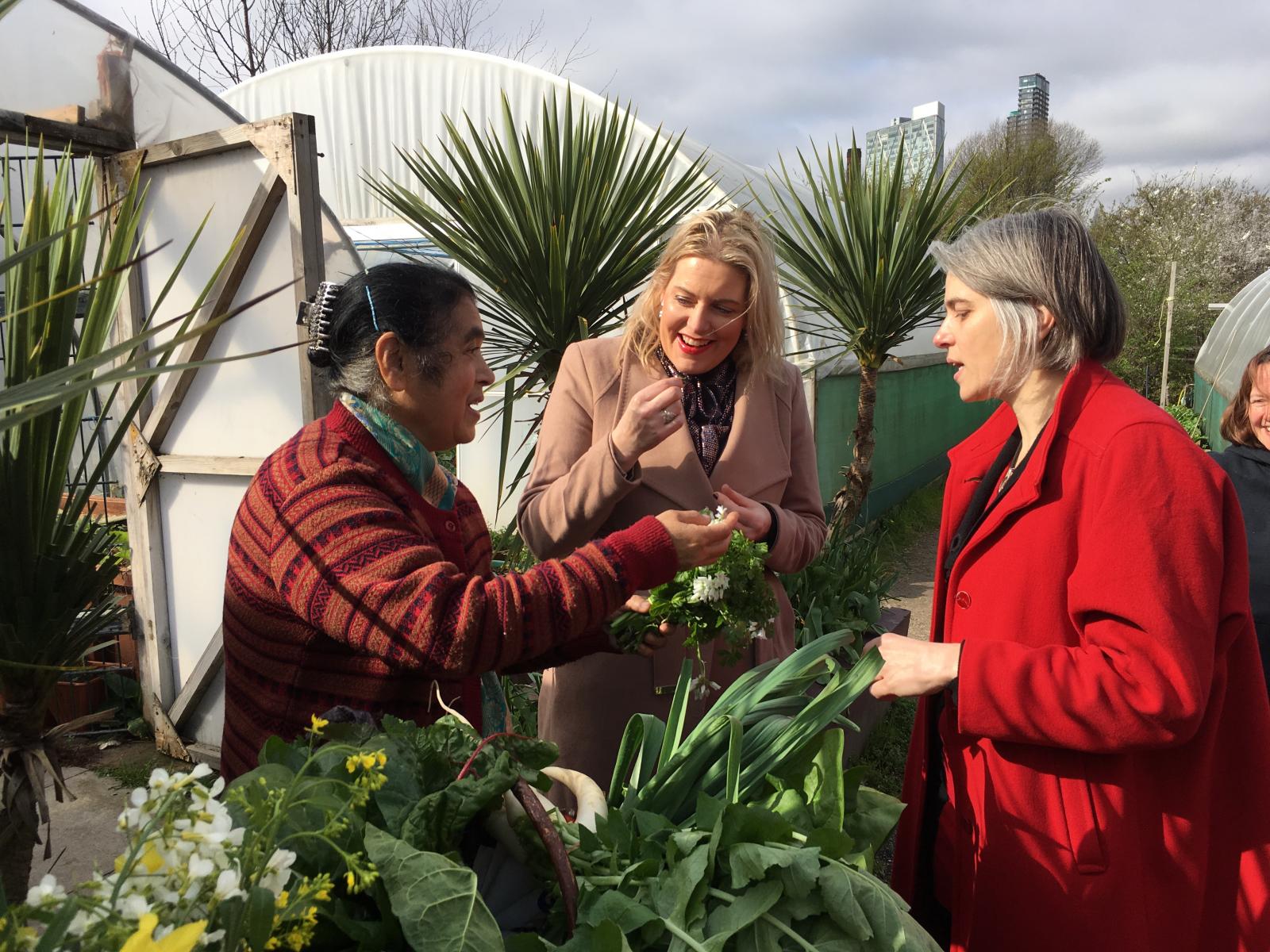 Together with projects in North Yorkshire, Oxfordshire, East Sussex, Kent and London, Capital Growth have received just over £50,000 for it's Growing Connections project to develop good practice approaches to promote and sustain the efforts of people over-50. It will focus on people who might face challenges to being involved in formal volunteering or who help their friends and neighbours in other ways which may not be recognised.

The award was announced at Spitalfields City Farm, who will be a partner in the project, after a competitive process in which nearly 200 charities across England bid for the funding. As well as ‘Growing Connections’, those awarded include; 'Late Spring', an Age UK Oxfordshire project supporting bereaved people to take up volunteering opportunities; and ‘Hastings Age-friendly Volunteering’, which will establish a group of champions to inspire people of all ages to volunteer.

"We know how important growing projects are for so many of our volunteers, enabling them to get involved and feel connected in later life and we are delighted to have this opportunity to work with our network of gardens to develop and share best practice on the myriad of age-friendly and inclusive approaches our gardens are pioneering"

“I'm determined to harness the expertise and experience of people of all ages, and ensure the opportunity to volunteer is open to everyone. Volunteering is a great way to build connected communities and this funding will make a real difference to people’s lives across the five project areas.”

The fund was launched following a review of community contributions in later life, conducted by the Centre for Ageing Better in partnership with the Office for Civil Society in DCMS. It found many older people face barriers to taking part or staying involved, which can get worse if their circumstances change, particularly for those who are less financially secure, have poorer health or come from certain BAME backgrounds.

In its review, the Centre for Ageing Better called on charities, voluntary organisations and the public sector to do more to support volunteering in later life, especially in groups less likely to volunteer. Stronger action is needed to enable people to take part in activities that matter to them and stay involved as they get older or undergo major events like ill health, bereavement or caring for loved ones.

The review identified six principles of age-friendly and inclusive volunteering which the projects will test. Volunteering should be flexible and responsive, enabled and supported, sociable and connected, valued and appreciated, meaningful and purposeful, and make good use of peoples’ strengths.

Garden across the UK are opening up their gates to new volunteers this April as part of the Big Dig. And we're still welcoming more gardens onto our map to help them recruit. Get involved!

A new report, published by food and farming charity Sustain has highlighted the opportunity for...

The edible autumn open day, Urban Harvest has been running since 2010 and is organised through...

London's edible gardens get ready to share their urban harvest

From mushroom-growing to urban-beekeeping, Londoners will get a chance to learn about and taste...