London 2012 Olympic sponsor McDonald's has pledged to increase the amount of chicken produced by British farmers to be served at the London 2012 Games. 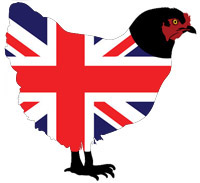 Olympic sponsor McDonald’s has pledged to increase the amount of chicken from British farms to be served at the London 2012 Games.

A spokesperson for McDonald's said today, "I can confirm that we will serve British, Red Tractor certified chicken in our four restaurants at the London 2012 Olympic and Paralympic Games. This will come from our existing UK supply and is possible because of the recent increase in volumes of British chicken breast meat that we have been purchasing."

Jenny Jones, a Green Party member of the London Assembly and London Mayoral candidate, had previously called the fast-food chain a "disgrace" and attacked its "dismal failure" to back British farmers. Her comments came during a question-time session at London's City Hall at the beginning of March, at which Lord Sebastian Coe, Chair of the London Olympic and Paralympic organising committee (LOCOG) was quizzed about the food sustainability achievements of London 2012. At that time, Lord Coe said that McDonald's had committed to serving only 10% British chicken.

The London 2012 Food Vision, which sets out LOCOG's baseline and aspirational standards for food to be served at the London 2012 Games, commits London 2012 caterers to using British Red Tractor meat as standard, with a proportion coming from production that meets higher welfare standards, such as RSPCA Freedom Food certified or Organic. The announcement today now means that McDonald's will be able to meet the baseline standard for most of its chicken. However, it has not made a commitment to use a proportion of higher welfare RSPCA Freedom Food certified chicken.

Asked about whether this support for British chicken farmers would continue beyond the London 2012 Games, McDonald's stated, "We have increased the amount of chicken that we buy from Britain over the last 12 months, but we do not expect any significant change to that in the near future... We expect to continue to purchase chicken breast meat from the UK and a number of other countries."

On hearing the news that McDonald's had increased the amount of British chicken to 90%, London Assembly member Jenny Jones said, “This is a real success for British farmers and the people of London."

"However, British Red Tractor was the absolute basic sourcing standard for Games chicken anyway, and in my opinion, well short of the Games' aspirations of high animal welfare standards. McDonald's should now go much further and stop using intensively reared chicken from broiler sheds where a chicken may only have the equivalent space of an A4 piece of paper."

“It's time for McDonald's to do the right thing and switch to Free Range or RSPCA Freedom Food assured British reared chicken as their minimum welfare sourcing standard.”

Additional news in March 2012: McDonald’s is putting funds into agricultural training in an effort to boost the industry and attract more young people into farming. The fast food chain will invest £1 million in several projects, including a 12-month training placement programme for agricultural students spanning the supply chain from farm to restaurant. In addition, more than 200 farmers will trial a carbon calculator, developed to help livestock farmers measure their farms' carbon emissions and take steps to reduce the environmental impact and make their businesses more efficient [read more...]