Over 1.7million children in England at risk of losing free school lunch 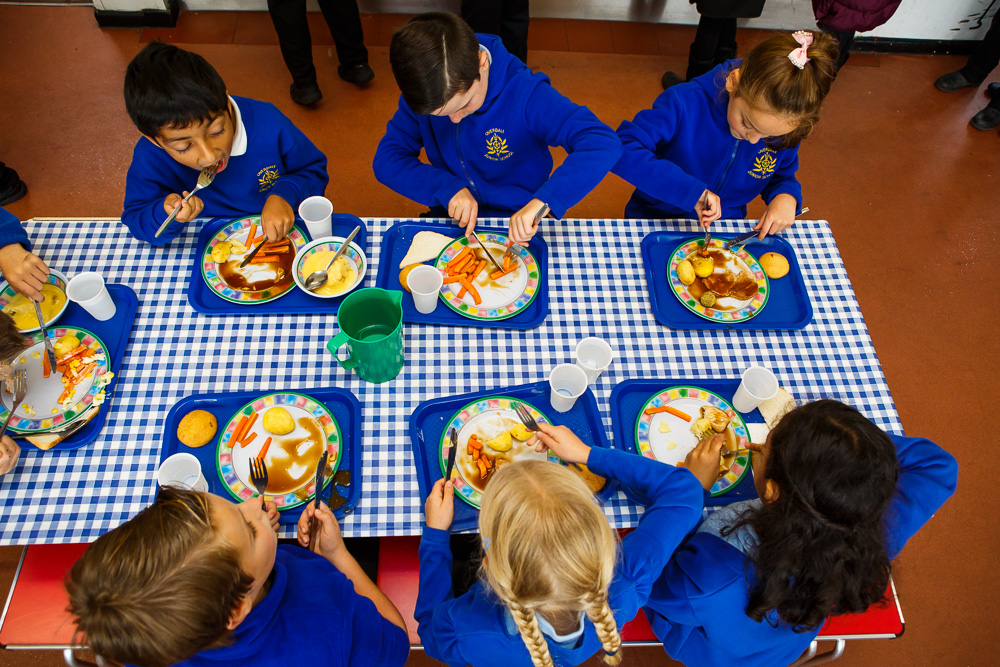 This survey emerges days after LACA, the Lead Association for Catering in Education, said that 16,800 jobs in the catering sector could be lost, equivalent to 21% nationally, if Universal Infant Free School Meals were to be scrapped [3].
Jamie Oliver, who has been campaigning to save infant free school meals, said: “If the cuts to free school meals go ahead, it will be a huge backwards step for children’s health. There’s no replacing a cooked school lunch, it’s just not the same. Healthier school food was a major pillar in the government’s already pitiful childhood obesity plan. Take this pillar out of the plan and you are left with nothing because it props up the whole system and helps to increase the numbers of paying parents. It’s bad for kids, bad for local jobs, bad for local communities. This survey shows it's bad for schools too.”
A Headteacher from a school surveyed, said: “If this manifesto pledge goes through, children’s diet will suffer. Packed lunches are not as healthy as the hot food we offer and this will have a long term effect on children’s health and well-being, increase childhood obesity and undermine the Food Education programme that we offer. Governments must understand that awareness of nutritious food and its health benefits is a critical part of education. To cite that the money can be used by Headteachers ‘to spend on education instead’ indicates that there is little or no understanding of the long term impact that supporting children’s food education has on the individual and society. The impact of its withdrawal will mean less healthy children, job losses and an increase in diet related illnesses and obesity.”

Co-author of the School Food Plan Henry Dimbleby said: “This survey is further proof, if it were needed, that removing Universal Infant Free School Meals would be disruptive, unpopular and woefully short-sighted. Head teachers - the people with the best on-the-ground view of what works in schools - say universally that withdrawing UIFSM will hurt pupils health and that free breakfasts are not a viable substitute.”

James Cashmore, Director, Food for Life at the Soil Association, commented, “It’s clear from this survey that primary schools are hugely concerned about the potential withdrawal of Universal Infant Free School Meals, a policy which was backed by all political parties just three years ago, and which should continue to be supported by the new government. Our findings indicate that less than 4% of schools believe that an offer of a free breakfast for all primary school pupils is a good alternative to a hot lunch. In contrast, 91% believe that pupil health and nutrition would be affected, and importantly 3 in 5 schools believe that pupil attainment would also suffer. For hundreds of thousands of children from ordinary families, school lunch is the only hot meal that they receive. Scrapping free school meals for all infants would also mean absolute economic disaster for many school kitchens, with complete closure predicted in around 2 in 5 schools - many of whom stretched their own budgets to invest in upgraded facilities and support the policy in the past three years. "

Those opposing the proposed cuts are being encouraged to let their local candidates know this is an important issue for them, and to sign a petition started by a headmaster which has over 50,000 supporters: www.change.org/SaveSchoolLunches

For media enquiries, please contact Ben Reynolds on 0203 5596 777 or ben@sustainweb.org

Notes
1. The proposal to cut Universal Infant Free School Meals has come from the Conservative Party 2017 manifesto: https://s3.eu-west-2.amazonaws.com/manifesto2017/Manifesto2017.pdf The figures of infants affected by the proposed cuts to Universal Infant Free School Meals, are have been compiled using data from the Children’s Society - by the Liberal Democrats - by constituency and by local authority. The figures used for those children in poverty who would miss out, are those in working families who are not eligible for free school meals, but are considered below the poverty line, with earnings at 60% of the median.

3. The LACA survey, the Lead Association for Catering in Education, was released on 30th May 2017 http://laca.co.uk/conservative-pledge-scrap-universal-infant-free-school-meals-could-result-16800-job-losses