A groundbreaking report reveals £1billion of food is thrown away or fed to animals on UK farms. Sustain member Feedback says that the waste shouldn't be blamed on farmers. 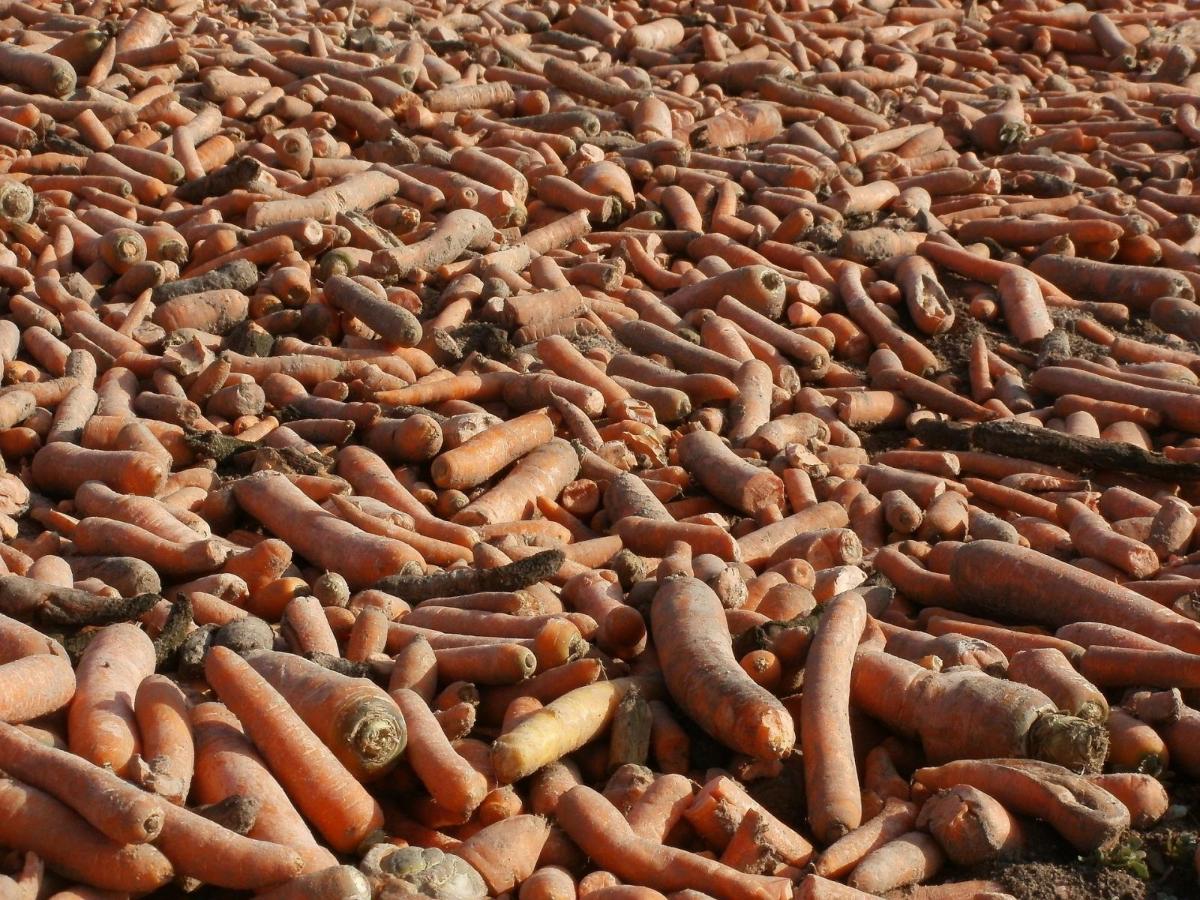 A report by the UK’s sustainability body WRAP discovered that around 3.6 million tonnes of food surplus and waste occur in primary production every year. 2 million tonnes of this is surplus food which is suitable for human consumption but instead used as animal feed.

The scope of WRAP’s review covers the moment when a food crop is ready to harvest, or an animal to be slaughtered, and assesses surplus and waste arising from processes such as grading, packing and washing – as well as customer rejections. Sugar beet, potatoes and carrots made up more than half of the overall waste by weight, with the top ten products (see below) accounting for 80% of the total weight. When grouped by product type, horticultural crops make up 54% of the total, cereals 30%, livestock 8% and milk 8%.

"There have been decades of promises for action on food waste but the underlying drivers - including cosmetic standards, poor demand forecasting, just in time systems - are not being addressed. Food waste is an environmental and social scandal that needs hard and fast action not empty promises".

Sustain member Feedback says the WRAP report confirms what they have long been hearing from UK farmers. However they believe it would be a mistake to blame farmers for this waste: "our Gleaning Network saves leftover food from UK farms for charity, and we regularly speak to farmers who are devastated to have to waste perfectly edible food that they’ve toiled long hours to grow."

Feedback's report Farmers Talk Food Waste found that UK fruit and vegetable farmers were forced to waste 10-16% of their crop due to supermarket and middlemen practices – including rejections of food for being the wrong size and shape, encouraging systemic overproduction by punishing under supply, low farm-gate prices which sometimes below the cost of harvest, and Unfair Trading Practices like last minute order cancellations.

Feedback also highlighted that the highest volume of food waste by weight occured from sugar beet. Sugar is not only bad for the nation's health but Feedback draw attention to the problem of the crop causing soil eroision.

If you would like to help reduce waste at farm level you can get involved in one of Feedback's gleaning days.