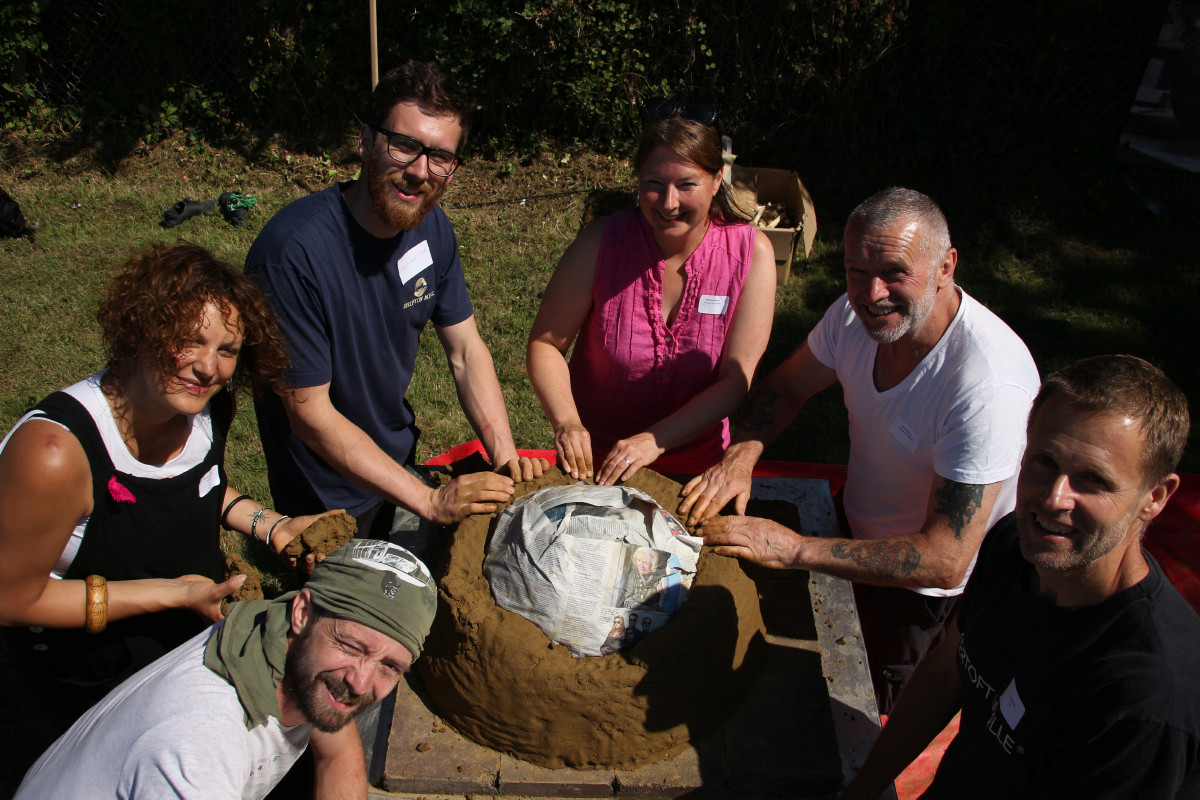 Hosted by Brook Food at their test bakery, BATCH: South West, the event was the largest Real Bread gathering of this kind in the UK since The Uprising in 2015.

One attendee from Liverpool commented on Twitter: ‘Thanks to @RealBread @brook_food @DoughAnarchist @dillyboase @EmmasBread & @ovenbound for a great day at Batch: South West yesterday, it was defo worth the 462 mile round trip.’

The panel then took questions from the audience, ranging from tips on the best ovens for a microbakery and full-scale bakery, to how to get a baking book published.

Duncan and his baker Jason, who had both driven straight to the event having ended a night shift at the bakery in Bath at 6am, talked the group through plans to build and (hopefully) fire a clay oven by the end of the day.

While some of the group shed their sandals to start treading clay for the oven build, Aidan then led the rest of the group into the test bakery. There he guided them through a morning of making long-ferment doughs for demi-brioche buns, sourdough rye crackers, and focaccia they would bake for the post-event social that evening.

Over a long lunch, people took the opportunity to pick each other’s brains, share ideas and information; continue building the clay oven; and take a tour of Brook Food’s equipment building workshop and warehouse of both new and around 3000 items of used and reconditioned baking equipment. Others enjoyed football, with a beer or two kindly thrown in by the hosts.

Dilly and Emma worked with some of the group to scale, hand up, shape, prove and eventually baked the Real Bread and crackers, which were later eaten with the hog roast and buffet around the bonfire to the strains of a local band.

Though clay ovens should be left for days to dry before being fired up and used, Chris, Dilly and others were determined that the builders should get to see the fruits of their labours, eventually producing some pretty passable pizzas.

The Real Bread Campaign again thanks Brook Food not only for making this event possible but also for shaping it into one that was appreciated and enjoyed by all.

The Campaign plans to organise more events in this, its 10th anniversary year, and would like to hear from anyone who could host and help organise one for 30-300 people.

Brook Food owner Steve Wells' write up of the day