The report points to overfishing and UK policy as factors in the decline of UK fishing, and therefore that leaving the EU alone won't save the industry. 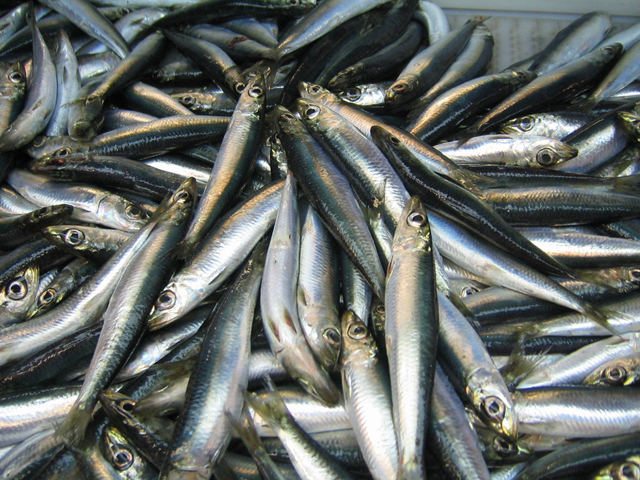 Many fishers were vocal in their support for leaving the European Union, feeling that the Common Fisheries Policy (CFP) offered a bad deal for our fleet, with its quota system offering too small a share to the UK. This new briefing paper argues that the CFP has in fact, in the last decade, become an effective engine for managing our fish stocks, despite taking a long time to produce the desired results.

- Restrictions in fishing quotas and down-sizing of fishing fleets as necessery remedial action to deal with overfishing.

- Restrictions imposed by other, non-EU countries which stopped British boats fishing at will in the waters of other countries.

- The UK's system of allocating quota to UK boats. Initially this was on the basis of past catches to maintain consistancy and continuity but it has, over a period of years, been fully or partially privatised, without parliamentary or public debate. Quotas can now be bought and sold, a process that disadvantages small fisheries.

Dr Greenwood said:
“The result has been increasing concentration of quota holdings by large companies and quota trading by non-fishers. A certain amount of quota trading is useful and necessary. But there should be a balance between retaining flexibility and restrictions that prevent complete financialisation and ownership by individuals or companies not directly involved in fishing”.

At the end of the Brexit process, the fishing industry expects a large quota bonus; however, as this paper has shown, the overriding priority for the industry will need to be avoiding the overfishing problems that have led to decline in the past. This will require co-operation with the EU.  An additional priority for much of the seafood industry, including some fishing sectors, is frictionless trade.

The briefing recommends a comprehensive review of quota allocation – regardless of the type of Brexit agreed - based on fair distribution across all sectors of the fleet, and rewarding the most sustainable forms of fishing. This backs up the calls by Sustain, as well as other scientists, Greenpeace, and the small-scale fishing fleet.

The British fishing industry has become primarily geared towards exports rather than feeding its own population, the report shows. A new, post-Brexit fishing policy should seek to maximise shares of stocks useful for domestic consumption.

Fisheries campaigner at Sustain Ruth Westcott, who welcomed the report, said:
“The decline in the UK fishing industry cannot simply be blamed on the EU. Overfishing and the UK’s own policies, like choosing to allocate fishing quotas to large companies rather than smaller or more sustainable fishers, took a terrible toll. Simply leaving the EU won’t help coastal communities – in fact it might cut off their access to vital fish markets. The report shows that setting a good domestic fishing policy, with a legal requirement to rebuild stocks and allocate quota more fairly, could deliver jobs and growth to fishing communities. The government must now listen to this growing evidence and amend the Fisheries Bill to make this the case.”

Professor Tim Lang, FRC founder and adviser commented:
“The UK must sort out its fishing policy to address the environment, health and livelihoods. As this report shows, we have inherited a mess. Consumers are getting mixed messages. Looking ahead, fishing policy is a test case of whether Britain will take its 21st century responsibilities for the food system seriously.”

Dr Lindy Sharpe told Farming Today,  on Thursday 7 February:
"Well, currently within the UK distribution we have a situation where 79% of fishers have access to 2% of quota and the five largest quota holders hold more than a third of UK quota. This has come about because the majority of our boats and our small boats are not even covered by quota. Quota applies to bigger boats and also over the past 30 or 40 years it’s become a tradable asset.
Quota, which began as something that reflected fishing history, became something that could be bought and sold. As a result of which a lot of it has been bought up by people who don’t fish at all, the so called ‘slipper skippers’ who never go to sea. This has really left a legacy of unfairness, perceived injustice in the sector. And that can be corrected by the UK government.

It could have been corrected by the UK Government within the EU, leaving the EU doesn’t make any difference really, but it’s a great opportunity to have a rethink.

Plenty of people involved in the fishing industry here will say that actually Europe overcomplicated a complicated situation and the best thing for their industry is to get out, and to have our own policy and our own fishing grounds back.

Well, it really is very complicated. The EU is a fantastic complicator of things, it’s true.  But it also needs to be said that the Common Fisheries Policy has started to have effects. It was a slow burn, but it has started to protect and restore fisheries. The trouble is the industry has changed, it ceased to be an industry that provides the fish that we consume and it’s become very heavily dependent on exports through just in time delivery chains into Europe and they will inevitably be disrupted by Brexit. It’s hard to see how leaving the EU will solve that problem.

In terms of getting our waters back, well it’s very widely observed fish don’t observe boundaries, fish move, there will inevitably have to be negotiations about who fishes what, where. And in those negotiations it’s also the case that the overriding priority will have to be sustainability.
Therefore there will have to be horse, or fish, trading. The objective will need to be on the one hand to really stick to sustainable yields and on the other hand to protect trade.

Given that, what should be the priority as the UK makes its own fishing policy?

The key things are for the UK to remain within sustainable yields, to protect supply chains into Europe, and also to correct a long standing unfairness which is in how quotas are distributed by the UK government within this country, this never really had anything to do with the EU. To that end, we need to have a rethink about how quota is distributed.

Please help - we must ask MPs to amend the fisheries bill to make it stronger on sustainability, invest in better data collection, and reallocate UK quota to make it fairer and to recognise sustainability. Just find your MP and drop them an email or a tweet

Find out more about the Food Research Collaboration

Find out more about Sustain's work on Brexit