The Real Bread Campaign amongst signatories of letter to UK multiple retailers. 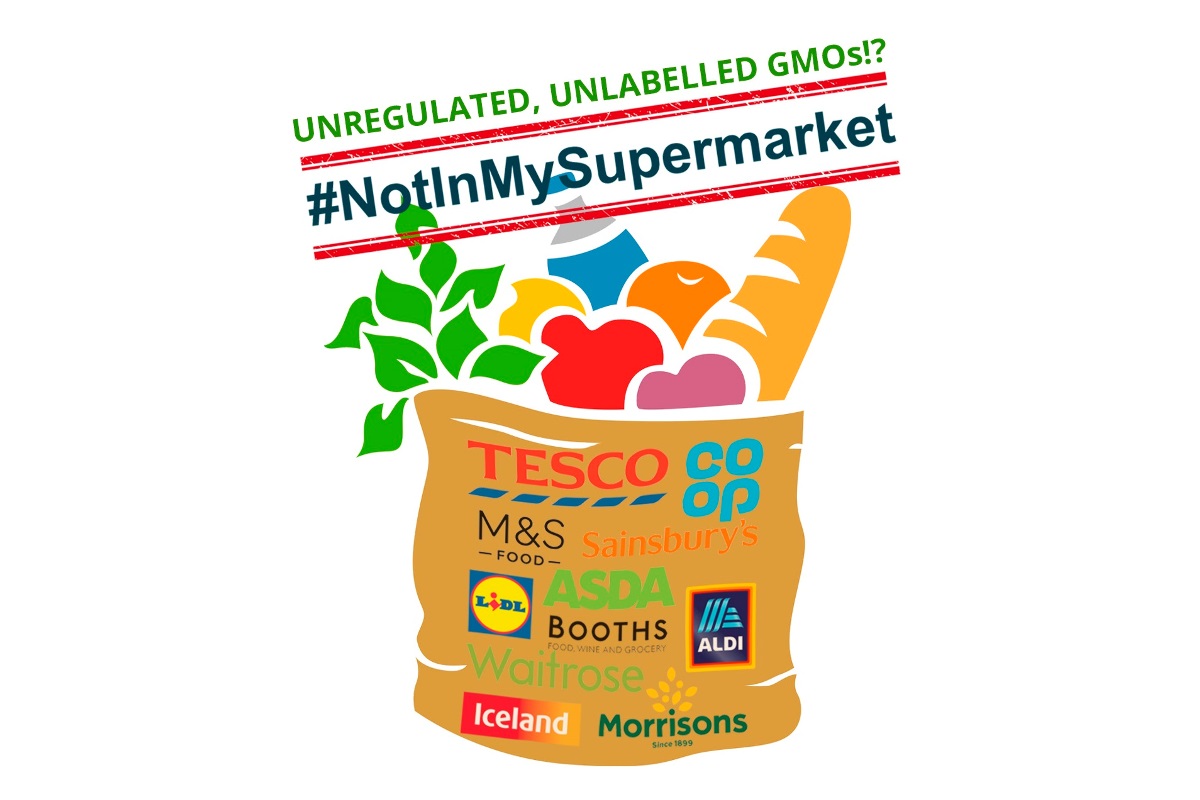 Leaders from food, farming, student activism, religion, business, democratic reform and academia have written to British supermarkets asking them to refuse to stock foods produced from unregulated and unlabelled gene-edited crops and animals.

The more than 50 signatories to the joint letter represent a broad range of interests and the concerns of millions of supporters and members throughout the UK.

We are writing to you, as leaders from civil society and the food and agriculture sector, who are committed to high quality food and farming and to supporting high quality retailers. As you will be aware, on 7 January the Government announced a 10-week consultation on deregulating gene-edited plants and animals produced for food. At the same time it has made several incorrect statements suggesting that new gene editing techniques are the same as traditional breeding. These statements fly in the face of existing scientific knowledge and the 2018 European Court of Justice ruling.

That ruling made it clear that, both scientifically and legally,  gene editing is the same as genetic engineering and that gene edited crops and animals are genetically modified organisms (GMOs). The ruling also stated: “the risks linked to the use of those new techniques…might prove to be similar to those which result from the production and release of a GMO”. These risks include multiple off-target effects which could be harmful to human health and the environment. In the case of gene edited
livestock, the inherent animal welfare issues and societal concerns further indicate the need for robust regulation.

The push for deregulation has ramifications for trade and we particularly note Stormont’s concern about negative consequences for trade with Northern Ireland, as these products are unlawful in the EU. We are very aware of the very real difficulties your stores are experiencing having to deal with dual regulations in your Northern Ireland retail estate. Deregulation has the very real potential to compound these difficulties significantly.

The Scottish and Welsh Governments have been clear that they will maintain their prohibition on producing GMO crops and animals, but UK internal market rules could stop them taking action to prevent sales of GMO products approved in England. This is a recipe for consumer confusion and significant operational difficulties for retailers.

The experience of over two decades has shown us that genetic engineering has not delivered positive results for agriculture. In contrast, traditional breeding techniques are delivering the safe and nutritious food that British consumers want. Retailers have the power to shift the balance away from short-term technofixes towards ecological farming systems that promote longer-term sustainability. European retailers such as Aldi, Carrefour, EDEKA, Kaufland, Lidl, Rewe and SPAR have been following a strict non-GMO policy for many years and are already reaping the commercial benefits of their non-GMO policies.

We are asking you, as one of the UK’s leading retailers, to listen to your customers, to be respectful of nature and science, to be mindful of the future and to demonstrate leadership by joining us in opposing the deregulation of genome edited crops and livestock in England and the rest of the UK. Please issue a statement opposing deregulation and reassuring your customers that you will not stock these experimental and inadequately researched foods, should they be allowed under UK law.

We look forward to your response.

YOU can help make a difference
If you don’t want genetically engineered/gene edited food (GMOs) sold in the UK you can write to supermarket CEOs and take to social media using the hashtag #NotInMySupermarket.