What’s up with farm incomes? New data shows total income for UK farming dropped 24% in 2014/5. With a farm sector already apprehensively anticipating Article 50 (triggering Brexit) and the major changes to food trade ahead, rethinking farm policy so that it is fit for purpose has to start now.

To clarify things first, it may be worth re-examining some of the post-truth farm myths that were floating around in the referendum campaigns which may have swayed farmers and others in their vote: 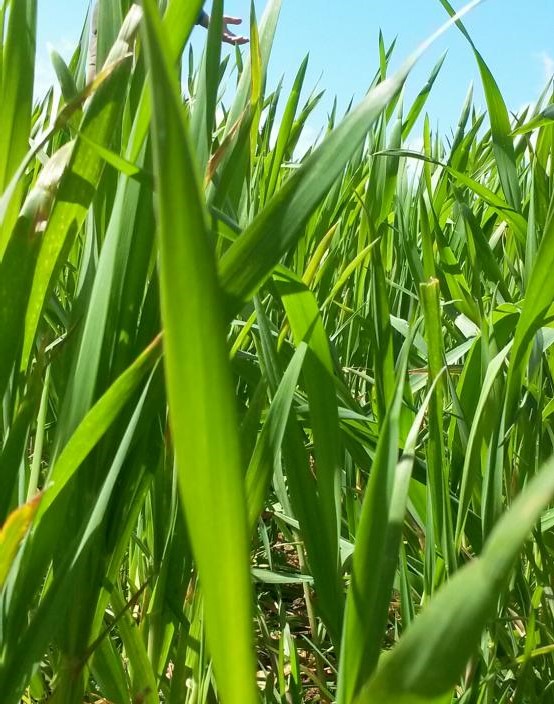 1. Referendum campaign claim: “Farmer incomes will be cut by Brexit.”

True and false. The government has promised to pay direct farm subsidies only till 2020 despite farm minister George Eustice saying back in May 2016 that “the UK government will continue to give farmers and the environment as much support – or perhaps even more – as they get now”. Yet farmers’ incomes are generally poor because the market fails to pay adequately for sustainable, humane production of food. Our few dominant retailers scrabble to keep prices low in a crushing race to the bottom. EU agriculture subsidies have propped up farm incomes for decades against their unfair prices. If after 2020, the UK drops all subsidies, many farmers and especially smaller and marginal farmers will fail. Competition from imports from subsidised EU farmers and the loss of the EU common tariff schemes may also leave our market wide open creating more pain. This leads us into….

2. Referendum campaign claim: “Brexit is a great opportunity to rethink how we support farming.”

Well, yes and no. We have a government that remains preoccupied with increasing Gross Domestic Product (GDP) and export-led revenue-raising, corporate or landowning interests and deregulation. It is also pretty good at ignoring calls to improve the environment and public health, and to reduce greenhouse gas emissions, through food and farming policy. Past progress in developing sustainable farm policy (agri-environment, rural development schemes, pesticide regulations) were strongest when we had a government that, at least, listened and got the science. But 80% of the £3billion subsidies still went to 20% of farmers and the farmed environment was inadequately protected. Not really fair for the taxpayer, nor for most farmers. We can rethink how we pay for public goods from farming but we need policy-makers who listen. And in this ‘post truth world’, will we now need to appeal more to emotion more than facts?

3. Referendum campaign claim: “The farmed environment will be harmed by Brexit if green EU rules no longer apply in the UK.”

This claim is pretty accurate. European nature and water directives protect key wildlife and ecosystems; vital natural resources on which our true wealth depends. It is up to the public to counter the forces that could sweep away protection for our water, air, soils and pollinators, and persuade MPs to allow only a Brexit deal that enshrines all good EU standards and environmental protections into UK law. We should actually go much further than the EU, setting stronger standards, as our farmed environment is in such a bad state. The carrot can be new targeted subsidies for public goods (to be defined in a transparent and fair way) post 2020.

4. Referendum campaign claim:  “Farmers won’t be able to sell to Europe when we Brexit.”

This is up for grabs. And depends very much on how we leave Europe. Staying in the single market and customs union would be least disruptive given that the EU currently takes two thirds of our of our food and non-alcoholic drink exports. Once Free Trade Agreements are taken into account, 94% of exports and 97% of imports of food and non-alcoholic drink are currently with the EU or with countries with which the EU has signed or is negotiating a trade deal. Yet, there is a real risk here that unless our standards (such as on labelling, chemicals, animal welfare) don’t match the European ones, UK produce won’t be accepted by the EU market, or possibly third country markets. And depending on the final deal, the EU could be adding substantial tariffs to UK food imports and we would add tariffs to EU goods. A handy guide on this was produced by Nick Clegg MP, highlighting that tariffs are likely to be as much as 47% on milk, 59% on beef, and that arable producers face levies of 40% on unmilled wheat, and around 10% on fruit and vegetables. Clegg also highlights the complexities of the tariff world – such as the possible 13,608 tariffs rates on baked good and confectionary, given their multiple ingredients. Customs and hygiene checks in and out of the customs union would add on more costs and barriers. Farmers may be able to trade more and more profitably with the rest of the world if we get round to doing the right bilateral deals (within the WTO rules, which needs a whole other blog).

5.  Referendum campaign claim: “Food prices will soar when we Brexit.”

This is quite likely, though farmers won’t benefit. We import around 40% of our food and – as many news headlines are already indicating - raw ingredient prices are already soaring - #marmitegate and Typhoo’s #cuppacalamity are just tasters. This issue needs urgent action in the worlds of welfare, wages and benefit sanctions, or those on lower incomes will suffer –food banks are already straining to pick up the pieces of the recent period of austerity. Food poverty is a political choice and is unacceptable in the fifth largest economy in the world. Low incomes are also rife in the food system itself of 850,000 often low-paid workers – from fruit pickers to butchers to retail delivery drivers. They keep us fed. They deserve better.

6.  Referendum campaign claim: “There will be hardly anyone to work on farms when we expel EU migrants.”

This is a real risk. The farm and food industry has expressed their strong concerns in an open letter to the farming ministry Defra - demanding assurances – so far not given - on access to seasonal migrant labour. Experiencing restricted access to willing seasonal workers will be especially difficult for horticulture, which was already facing severe recruitment challenges. If they are to attract workers, growing food well has to pay better, so that farmers are able to pay a real living wage and pickers and processors have good working conditions. The drift towards undocumented, agency and gang labour has contributed to a decline in standards for many such workers and the Gangmasters and Labour Abuse Authority is under pressure from a widened brief and increased expectations yet reduced budget. This is hardly an attractive career choice. Instead of weakening of labour rules as some envisage, there needs to be a much fairer share of value and benefit throughout the supply chain, including farmers and farm workers.

We are about to experience “the biggest upheaval since the repeal of the corn laws in 1846”, as Professor Tim Lang of the Centre for Food Policy astutely characterises the coming period. The comparison is apposite given that trade is the core focus of Brexit and other global negotiations, and this seems to be dominating the minds of the politicians who will make the decisions.

Sustain's origins in the early 1990s were in the midst of new farm subsidy rules – based on a new global trading agenda (under the World Trade Organization). Now, as then, we will aim to cut a path through the claims and confusion and campaign for sustainable farming policy which makes farming fit for the challenges ahead - securing good farm livelihoods, as well as contributing to tackling climate change, protecting the environment and improving public health. Many people are using both the terms “risk” and “opportunity” to describe Brexit. It is our responsibility to make sure that if there are opportunities; these are seized and acted upon, not swept aside in the rush to secure new trade deals at any cost.

Recent studies show that agroecology can deliver for food security, nutrition and biodiversity 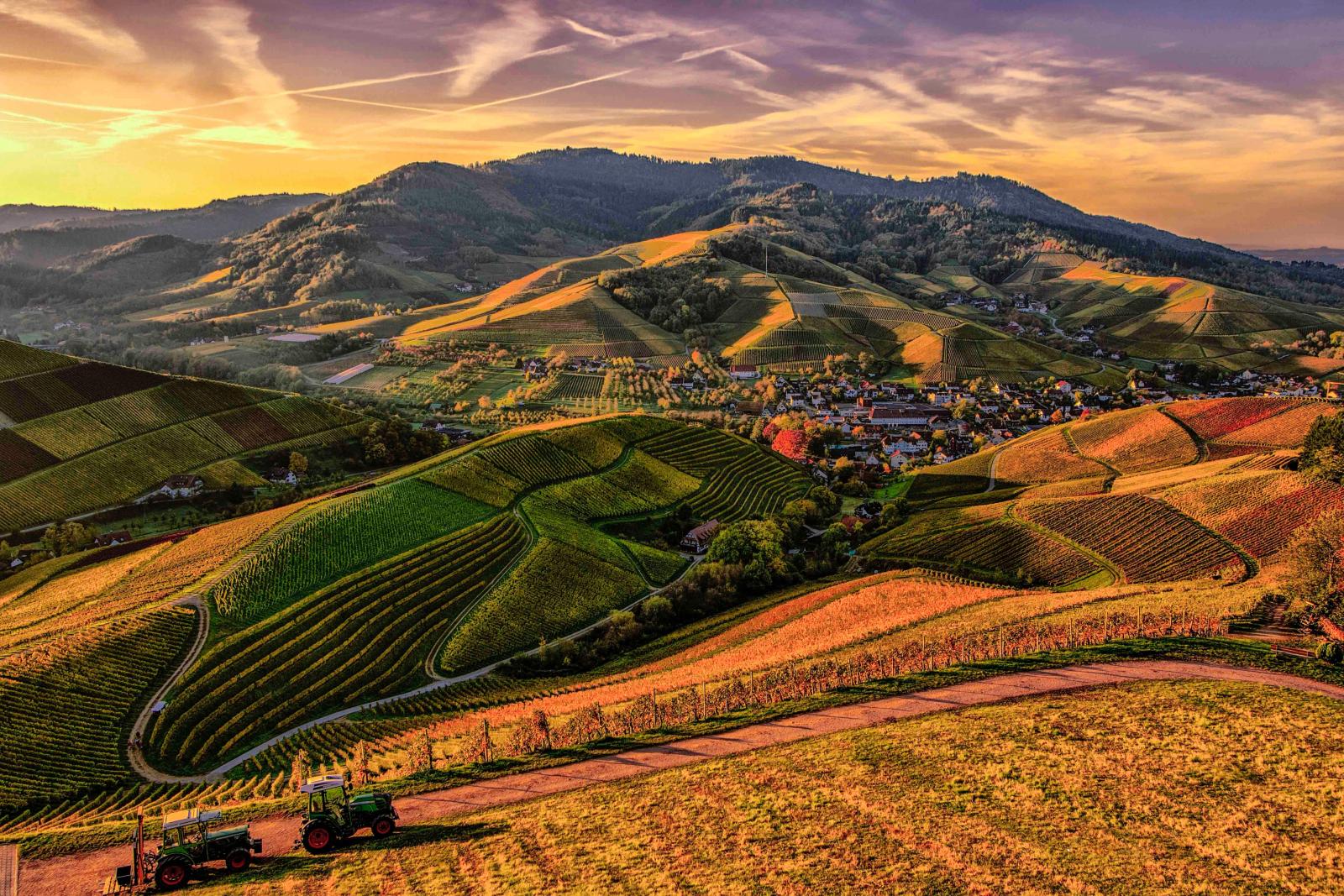