As part of Urban Food Fortnight, on 22 September London Food Link presents 5x15: The Future of Urban Food, a one-off chance to hear five leading thinkers, including Bee Wilson and Henry Dimbleby share their ideas on the future of the food grown, made, cooked and saved in the capital.

Organised as a fundraiser for London Food Link, the evening event takes place at London’s hottest new venue, Farmopolis, a floating garden on a jetty in the River Thames. The great line up of speakers is:

"I am delighted to be hosting and speaking at this 5x15 Urban Food Fortnight special,” said Rosie Boycott. “London’s urban food scene is bursting with ideas and this is going to be an evening to really get stuck into what role those growing and making food in London have now and in the future” she explained.

The event is run in partnership with London-based cultural event organisers 5x15 and takes place at Farmopolis, where they hope to engage thousands of Londoners in discussions about how urban spaces can be used for growing food in traditional and futuristic ways.

The café will be cooking up a special menu of dishes for guests to buy on the night, showcasing delicious local to London and other seasonal produce, including veggies and lemon balm dip, homegrown seasonal shoots, smoked Cornish mackerel with rhubarb and pink grapefruit, and BBQ peach with elderflower.

Proceeds from ticket sales, raffle and auction on the night will go to help LFL keep up its work as the voice for good food in London, which also includes the Capital Growth community food garden network, The Jellied Eel magazine, campaigning on issues such as food poverty, and many more projects.

The event takes place during Urban Food Fortnight, which runs from 9-25 September to celebrate the great food being grown, cooked, made and saved in London.

Booking is essential and tickets start from just £20 including welcome drink and gift. Book your place through ticketing partner Grub Club.

5x15: The Future of Urban Food is a collaboration between London based cultural events team 5x15 and London Food Link, the curators of Urban Food Fortnight.

LFL works for a healthy, sustainable and ethical food system for the capital. Through its projects and campaigns, LFL strives for a food system that benefits all Londoners.

Running from 9-25 September, Urban Food Fortnight is London Food Link’s annual celebration of the fantastic food being grown, made, cooked and saved in the capital. Other exciting events include: 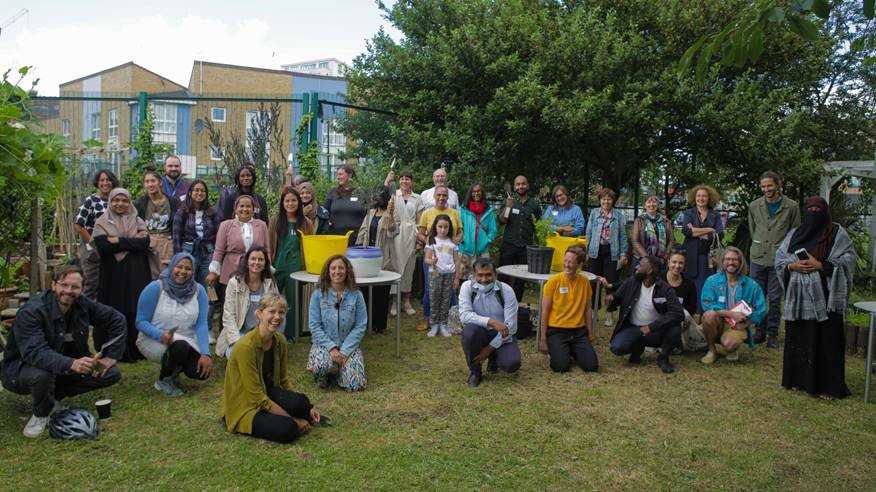