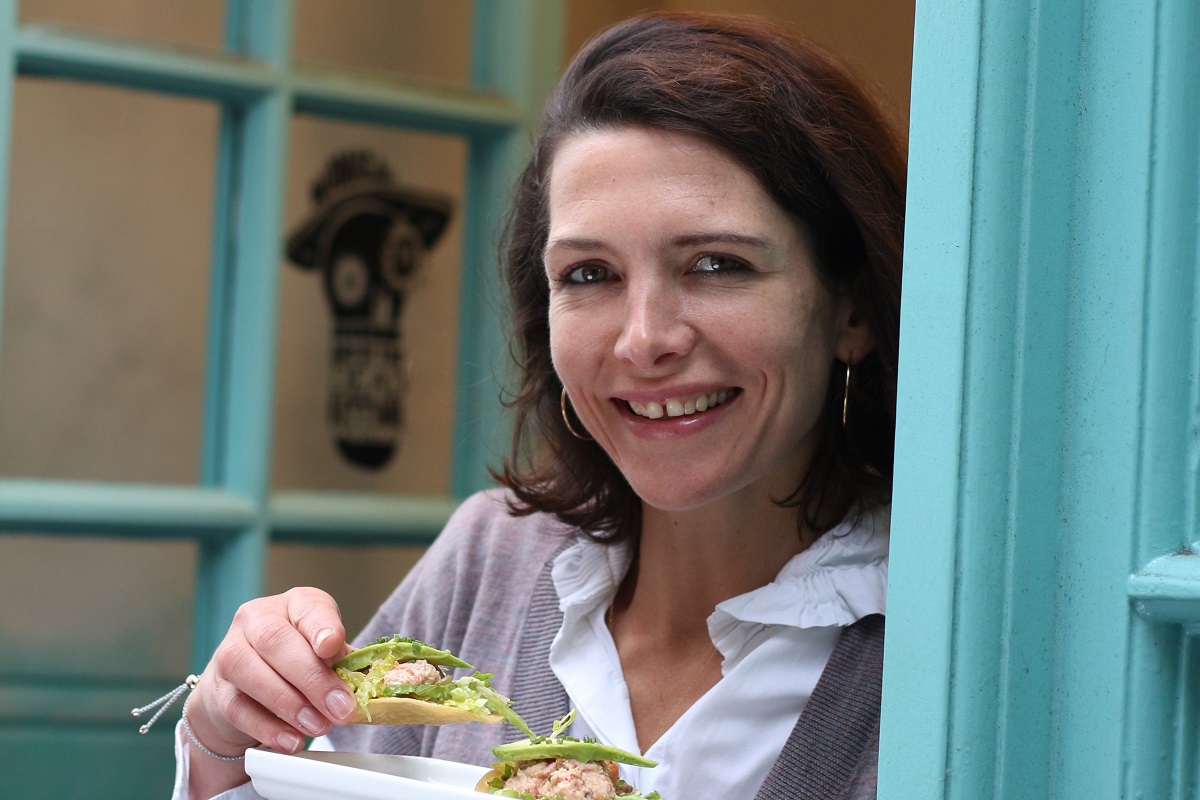 Our growing love of Mexican cuisine means that burrito outlets are the fastest growing type of eatery on UK high streets, but some have taken their salsa lessons more seriously than others,  says Jo Creed

Inspired by a year in Mexico that highlighted a lack of authentic Mexican eateries back home in the UK, Thomasina Miers took it upon herself to shake-up the British approach. Enter Wahaca, the Mexican eating market with a seriously honest approach to food she co-founded in 2007.

Thomasina and her team follow a food philosophy as beautiful as the flavours they serve. As she puts it “sustainability shouldn’t compromise taste, but it is possible to match the two.” Thomasina and the team work with both English and Mexican suppliers and in doing so have created a sustainable story: they take a genuinely environmentally and ethically-conscious approach to buying ingredients.

English, seasonal veggies feature upfront and central, all fish are MSC certified or organic and all meat is born and reared in the UK. Beef is selected from farm assured British herds, pork is British and outdoor-reared and chickens are reared with natural light, straw bales, pecking objects and perches and fed a non-GM, mixed cereal, vegetarian diet, free of growth promoters. As notes on their website, where they have to buy from Mexico “we constantly try to source direct from cooperatives which support local farming communities.  We source our tequilas and mescals from small family-run businesses that make the best product we can buy.”

On top of this, Wahaca uses recycled materials in decking out their restaurants and support numerous initiatives including the Pig Idea, which Thomasina launched with food waste reduction supremo Tristram Stuart. This attitude and dedication has led to them being awarded Sustainable Small Restaurant Group of the year in 2012 and 2013 by The SRA, and MSC certified menu of the year in 2014.

The British love affair with Mexican plates means that more of the great ingredients that Wahaca use are now grown and produced closer to home. For Thomasina, this means she can create “great food with ingredients that don’t have the largest footprint.” The resulting dishes are made using Mexican recipes, but heavily featuring home-grown, sustainably sourced ingredients and make up an award-winning, constantly evolving, seasonal menu.

One such producer here in London is Kristen Schnepp, of Peckham. She quit her corporate job to explore her passion for cheese making. Her ‘look I can figure this out’ attitude, coupled with a sheer determination to succeed, resulted in the 2013 opening of Gringa Dairy to make Mexican-style cheese. Inspired by the growing Mexican food movement and with a resounding feeling that “no-one needed another cheddar,” the small-batch dairy now produces queso fresco, Queso Oaxaca and Queso Chihuahua, the most popular of the trio.

Gringa now supplies their cheese to restaurants across the city including Wahaca, Casa Morita and Lupita. Schnepp uses milk from Commonwork Organic Farm in Kent and supports farmers by providing them with whey off-products for pig feed. Gringa Dairy has a truly thorough sustainable outlook.

Inspired by Australia's love of vegan food, America's love of street food and spurred on by a disappointment with the food scene here, Meriel Armitage and Lois Davidson created Club Mexicana. Since launching in 2014, they have traded weekly at KERB markets, and host regular pop-ups and supper clubs across the city, including a monthly takeover at the community-centric Hornbeam Café in Walthamstow. The club can change the views of even the most avid of carnivores. Step aside lentils and tofu; jackfruit features heavily on the menu with most meat lovers not missing the meat at all, or even mistaking this south east Asian fruit for pulled pork.

As for the rest of the ingredients, as much fresh produce as possible is sourced from local independent producers such as OrganicLea, and the team are off to Mexico in December 2015 to meet the suppliers who provide ingredients which they can’t get here. Club Mexicana isn’t just paving the way for a new era of Mexican food, but also for great vegan street food proving that the vegetarian and vegan options are, as Meriel puts it, “more than just a sloppy veggie burger.” I'll raise a tequila to that!

While the humble burrito may remain a firm favourite, with well-sourced produce on the up, and a growing amount of affordable, local and seasonal restaurants there’s much more to get excited about when it comes to London’s Mexican food scene.

See also: The Good Food Review of The Spread Eagle, the vegan pub with a Meixan-influenced menu, co-founded by Club Mexicana's Meriel Armitage.

Throwing a Mexican fiesta at home doesn’t have to mean ready-made fajitas packs or cardboard tacos. Here are some more local and/or sustainable options: