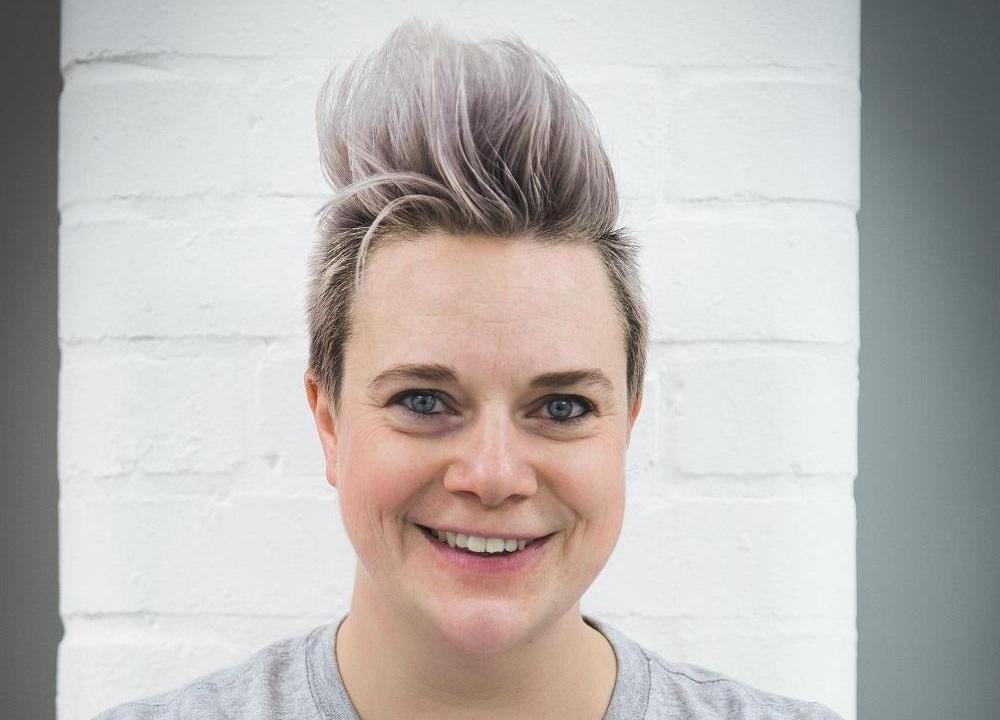 What initially drew you to working in food?

I spent seven years in Melbourne, which is a really foodie city. I worked in advertising at the time, and got taken to some very fancy restaurants. The attitude towards vegan food over there was ‘bring it on!’. Then I came back to the UK via LA, San Francisco, and New York and sampled the very best in vegan food. Lots of hugely innovative chefs doing really innovative stuff, while over here being vegan was very uncool and not great for your tastebuds either. So I decided I wanted to show London that it could be way more exciting than was on offer at the time. That’s exactly why I set up Club Mexicana, to show people that being vegan doesn't have to be boring and doesn't have to mean foregoing fantastic food.

You moved from running street food stalls, to pop-ups and residencies, with Club Mexicana, to a permanent location at The Spread Eagle. Did you see this as natural transition, and how does it differ in terms of opportunity and challenges?

I think for most street food operators the natural transition is always to get your own 'bricks and mortar' space. Unless you really like putting up a gazebo every day! I still absolutely love street food and it's still very much at the core of our business and our food. The immediacy of placing your food in a customer's hands and seeing their reaction just can't be replicated in a restaurant setting.

Tell us about a memorable ‘lightbulb moment’ that has shaped your career trajectory.

I went to one of Street Feast's very first events – it was a car park in Dalston full of London's newest and most exciting street food. It really was the cutting edge of food in the city when street food was in its infancy here. Despite it being the most innovative, there was nothing that I could eat as a vegan – I was totally shocked. There, more than anywhere, should have had exciting vegan options. I left starving and jealous of everyone tucking into burgers. I was sick of my job, so decided to take matters into my own hands.

If you could have a conversation with yourself back when you first started working in this field, what advice would you give?

Don't be so worried! Nothing is permanent. Food is a constant evolution and you're allowed to make some mistakes, learn and improve. The best thing about street food is that everyone – your customers, your fellow traders , all – want you to succeed. Everyone's on your side and will help you every step of the way! Oh, and don't listen to anyone telling you vegan food has no future...you're right, it does!

What’s a typical day for you, or is there one?

There really isn't one! We have a prep kitchen in Hackney Wick, which is like our nerve centre! Our office sits above it, so I can always be in and out of the kitchen or in meetings. There's usually a lot of talking about food, testing new dishes, changes to old ones, looking at numbers (after I've had several coffees). Usually in the afternoon I go to one of our sites and meet with the team there. We're always setting up new projects or doing one-off pop-up events so I spend a lot of time going to very random locations and strange but impressive venues... I love that part!

What’s the most rewarding part of what you do?

Helping people grow and develop. We've had some of our team with us for almost our entire duration as a company so I've watched and been a part of their professional development (as they have me!), and being able to help people with that is so fulfilling and really motivating. I also LOVE debunking the myth that vegan food is boring – every time a customer tells me that they'd never believe our food was vegan, or that their meat-eating friend loves it, or that they don't even think of it as 'vegan' makes I get a real buzz...still!

What new food campaign does London need the most or which existing one deserves more support?

Food waste is a massive issue in London. I really hate having to throw anything away, but it does happen. We try to work with food waste organisations for leftover un-opened food, but a lot won't take prepped food which is a shame. Food banks also can't take these items. I'd love to see a city-wide initiative for food waste. There's never been more restaurants/food outlets in London, which means there's also never been as much waste. It's criminal really.

If you were in charge of London, what’s the first thing you’d do to improve things food-wise?

Who’s your good food hero and why?

Isa Chandra Moskowitz, one of the original vegan chefs in America (her book Post Punk Kitchen defined vegan cooking). We ate at her restaurant, Modern Love, in Brooklyn recently. Her food is insane! Her Instagram stories are hilarious and she has great taste in music. She’s an all-round hero of mine.

What London food secret would it be selfish not to share?

The Hornbeam Cafe in Walthamstow is hosting a series of absolutely awesome pop-ups, from Spice Box, to What the Fattoush, to Palm Greens – all incredible young vegan food businesses run by rad women!

Read more about The Spread Eagle in our Good Food Review.