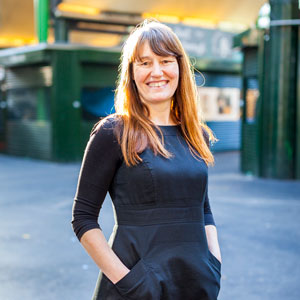 I am very pleased to welcome you to the eighth edition of the Good Food for London report, produced by London Food Link, part of the charity Sustain. This is my first foreword as the new Chair of the London Food Board, however as the previous Chair of the London Boroughs sub-group I am very familiar with the report and the incredible work that London boroughs do to help our city’s residents enjoy good food.

Continuing the pattern of previous years, we have seen progress in many of the measures, demonstrating the sustained commitment of boroughs to adopt new programmes and areas of work in relation to good food.

Since last year’s launch of the Local Government Declaration on Sugar Reduction and Healthier Food which four councils initially signed, there has been significant progress in this area, an encouraging sign as it offers a ‘whole borough’ approach that can support a variety of initiatives. To recognise this, the measure has been updated to include progress on running a SUGAR SMART campaign, which is a complimentary, wide-reaching and high impact initiative. I am delighted to see that 10 councils have now signed the Local Government Declaration, 12 are running a SUGAR SMART campaign and six are doing both, with many more following suit.

The way that councils are assessed on community food growing has also been updated. A lot has changed in London since Capital Growth was launched 10 years ago and we felt it was important to keep encouraging and showing how councils are strategically developing this sector. The measure now looks at how councils support access to land, integrate growing across departments, offer information and opportunities, build the capacity of local growers and recognise the importance of food growing in local planning policy. This year 31 councils are active in at least one of these areas, and 13 councils are active across all four.

With the alarming and continued growth of in-work poverty, it is reassuring to see that more councils are now London Living Wage Friendly Funders, and that six boroughs have received top marks for being accredited London Living Wage Employers, Friendly Funders and promoting the scheme locally (up from three councils in 2017).  We look forward to encouraging this across more of our boroughs.

In catering, many boroughs are continuing to demonstrate commitment to high food standards. Two thirds have achieved at least Bronze Food for Life Served Here accreditation in the majority of their schools and/or other catering under council control (e.g. care homes, workplace canteens or early years settings). Additionally, we are pleased to see that one more council has taken additional action to source sustainable fish, an issue that still needs attention to ensure we are not depleting endangered fish stocks.

Children’s health and school food culture remain a strong focal point for action as well, with 31 boroughs having at least some schools engaged with Healthy Schools London and/or the Soil Association’s Food for Life Awards, as well as another new borough reaching Stage 3 for full Unicef Baby Friendly accreditation.

Not all areas have shown progress. For example, since 2016 no new councils have taken action on animal welfare. And despite initial increased participation after launching the Healthier Catering Commitment in 2011, for the second year in a row fewer councils are taking part and fewer boroughs have also maintained their Fairtrade status. This may reflect the increasing pressure councils are under to sustain programmes with shrinking resources. Despite this, many have maintained their status and involvement in these important initiatives and we should recognise and commend our London boroughs for their continued and new achievements.

I sincerely congratulate all London boroughs on the work they have done this year and I look forward to seeing the progress made in the year to come and how we can build on this work with the new London Food Strategy.

Claire Pritchard
Chair of the London Food Board

Good Food For London: How London boroughs can help secure a healthy and sustainable food future