The Government must champion children’s health in the upcoming Health Disparities White Paper. We outline the key opportunities the paper offers to make sure that all children have a chance to thrive and be healthy. 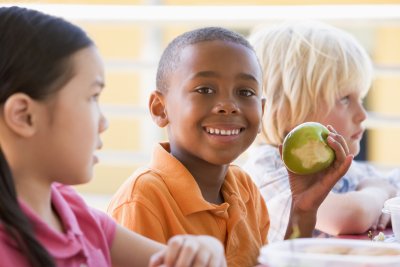 All children should be able to grow up healthily no matter where they’re from, but that’s not the reality for many across the UK right now. Despite the Government introducing many strategies over the years, much of the action promised has been delayed or disappeared. Will the Government’s forthcoming Health Disparities White Paper put  them back on track with their commitments to halving child obesity? Here we outline the 10 things that the Government needs to include to prioritise children’s health.

1. Keep up the momentum on junk food advertising

Earlier this year, the Government passed into law world-leading interventions to restrict junk food marketing and promote children’s health: a 9pm TV watershed, restrictions to online advertising and a ban on promotions such as buy one get one free deals for these products. However, soon after, they performed a U-turn, putting a delay on years of consultations and work. There’s a wealth of evidence demonstrating how these marketing strategies influence children to eat more unhealthy food and to pester their parents to buy them. Children from more deprived backgrounds are at an increased risk so the restrictions are a really important measure to protect all children’s health and more than 60%  of the general public supports it.

Recommendation: The Government needs to cut the delays and bring in these ‘oven-ready’ policies as soon as possible, as well as explore and address any likely loopholes. Also, as the cost of living Tsar suggested recently, companies “must come to the party” and help with rising living costs and make healthy products and staples cheaper rather than pumping money into marketing less healthy products.

After the success of the Soft Drinks Industry Levy which saw eight out of the top ten companies reduce the sugar content of their products by at least 15%, and led to households reducing sugar intake by 30g per week, the Government haven’t put this to good use to encourage more reformulation. Currently there are voluntary reformulation targets on products most commonly eaten by children, but without consequence for those who don’t meet them, very little sugar has been removed. It’s a similar story for salt which currently only has voluntary reformulation targets. This clearly indicates the need for mandatory measures to be introduced. We are still waiting on the Government to release the final report from the voluntary programme, and in the meantime there is no ongoing monitoring of sugar levels or commitment to implement measures so sugar reduction progress has apparently stalled.

Recommendation: Introduce fiscal measures on high sugar and salt products, building on the evidence and progress from the SDIL.

The food and nutrition needs of young children are barely mentioned in the Food Strategy, and babies’ needs in particular are ignored completely. The Health Disparities White Paper is a key opportunity to put this right as evidence shows obesity tracks from early years through to adolescence and adulthood and its harder to reverse than to prevent in the first place. More than 14% of children are living with obesity by the time they start school, and this number rises to over 20% in those living in the most deprived households. Breastfeeding is associated with lower risk of obesity in later life, but many women are unable to breastfeed without access to skilled support to overcome breastfeeding challenges and protection from inappropriate marketing of formula and other breastmilk substitutes.

Recommendation: Introduce the recommendations from the First Steps Nutrition Trust, including investing in leadership and strategy on early years nutrition, collect data on feeding practices and nutritional status and investment in universal breastfeeding support.

Child-friendly characters cover the packaging of unhealthy food and drink which deliberately influences children to pester for and eat these types of foods. In 2019, alongside Action on Sugar and Salt, we found that there were over 500 of these products, and without the Government taking action, it’s likely this number has increased since then. That’s why it’s also essential that we can tell what’s inside our food from a glance at the label. Traffic light labelling is a great way to do this, but it’s a voluntary measure which a third of packaged food does not have. The Government could make this mandatory and they ran a consultation in 2020 but we are still awaiting the outcome. Without this, food packaging is a wild west, and frequently confuses families with misleading health claims. For example, Biteback2030 found that 63% of drinks that made health and nutrition claims were very high in sugar.

Energy drinks are high in caffeine and sugar, and have long been associated with obesity as well as a host of other ill health in children including behavioural issues, headaches, heart failure, and addiction. In 2018, more than two thirds of young people aged 10-17 drank these products. This led to the Government committing to ban the sale of energy drinks to people under the age of 16. We are still awaiting the legislation more than 4 years later.

Recommendation: Put forward the requisite legislation to ban the sale of energy drinks to under 16s.

Public health funding has been cut by 24% per capita in real terms since 2015-16, and areas with the highest levels of deprivation have been particularly badly affected. This has prevented councils from being able to run services, to meet the growing health needs and health inequalities. It has led to vital interventions on child obesity being restricted to pilots in a few areas, and the withdrawal of £100m for weight management services after 1 year.

Healthy Start vouchers entitle pregnant women and families with children under 4 who are on a lower income to buy fruit, vegetables and milk. The vouchers are an essential nutritional safety net which is vital for the first 1000 days of life, and without it, children are at higher risk of obesity, cardiovascular disease and type 2 diabetes. However, to be eligible, families must earn less than £408 per week, so many will be unable to afford to buy healthier food, but also unable to qualify for the vouchers.

Recommendation: As recommended by the National Food Strategy, the Government should raise the earning threshold to be in line with Universal Credit, which would mean 1 million babies and young children would benefit, and consider raising the value of the vouchers to take account of inflation. They also need to monitor uptake and make sure those who need it have access by considering auto-enrolment, extending to all children on NRPF, ensuring the proper working order of the digital cards, and extending eligibility to under 5’s to close the gap between provision of Healthy Start and free school meals.

The school fruit and veg scheme offers a free portion of fruit or vegetables to 2.3 million children every school day. This provides a vital lifeline of nutrition because 4 in 5 children are not eating their 5-a-day, particularly children from more deprived households.

Recommendation: Extend the scheme from infants to all children in primary schools to provide a safety net to complement free school meals and help to level off some of the inequalities in access to fresh fruit and vegetables. Ensure flexibility of procurement to give schools the option to source from local producers.

Free school meals are an important intervention in reducing child obesity. Analysis from the Institute for Social and Economic Research found that when given free school meals, there was a 7% drop in obesity in reception-age children. As the cost of living crisis bites and more families are thrown into financial difficulty, it’s important that children from households unable to pay for school meals have provisions, especially as many will not currently qualify for them under the tight eligibility criteria. Last year, Scotland and Wales made landmark commitments to start rolling out universal free school meals in all primary schools, so there’s good precedent for England and Northern Ireland governments to follow, and to consider early years and secondary school universal provision also.

Recommendation: Whilst we are calling on the Department of Education to extend school meals, we would expect to see the Department of Health (and its Health Disparities White Paper) commit to work with colleagues across Government to ensure that all children in need of healthy meals are able to access them and that all meals are of acceptable nutritional standards.

Over the years, many useful proposals for addressing chid obesity have been delayed or disappeared, and there is little strategic oversight to monitor and preserve the longevity, comprehensiveness or direction of this work.

Recommendation: Introduce a champion or cross-departmental taskforce for health inequalities drawing on evidence and insights from public health. Consult on implementing mandatory public reporting against a set of health metrics to be delivered by the new Food Data Transparency Partnership between government departments and agencies including the Department for Health and Social Care, the Food Standards Authority and Food Standards Scotland with representatives from across the whole food supply chain and civil society.

Fran Bernhardt is a Children's Food Campaign Coordinator at Sustain where she specialises in restricting the sales and marketing of unhealthy food to children. Since 2018 she has been advising the Mayor of London's team to write and implement their groundbreaking Healthier Food Advertising Policy across the Transport for London network (AKA "the junk food ad ban"). In addition, she now supports local authorities across the UK to change their advertising policies.