Farming sustainably through the SFI – what do we know, what's still missing and what next for farmers?

More details have been announced on the Sustainable Farming Incentive (SFI) scheme. We take a look at various aspect of the SFI, the first Pilot and the 2022 roll out. We look at what the Secretary of State has said, and what that might mean for farmers and delivering public goods, as well as try to piece together some of it’s trajectory over the next four years. 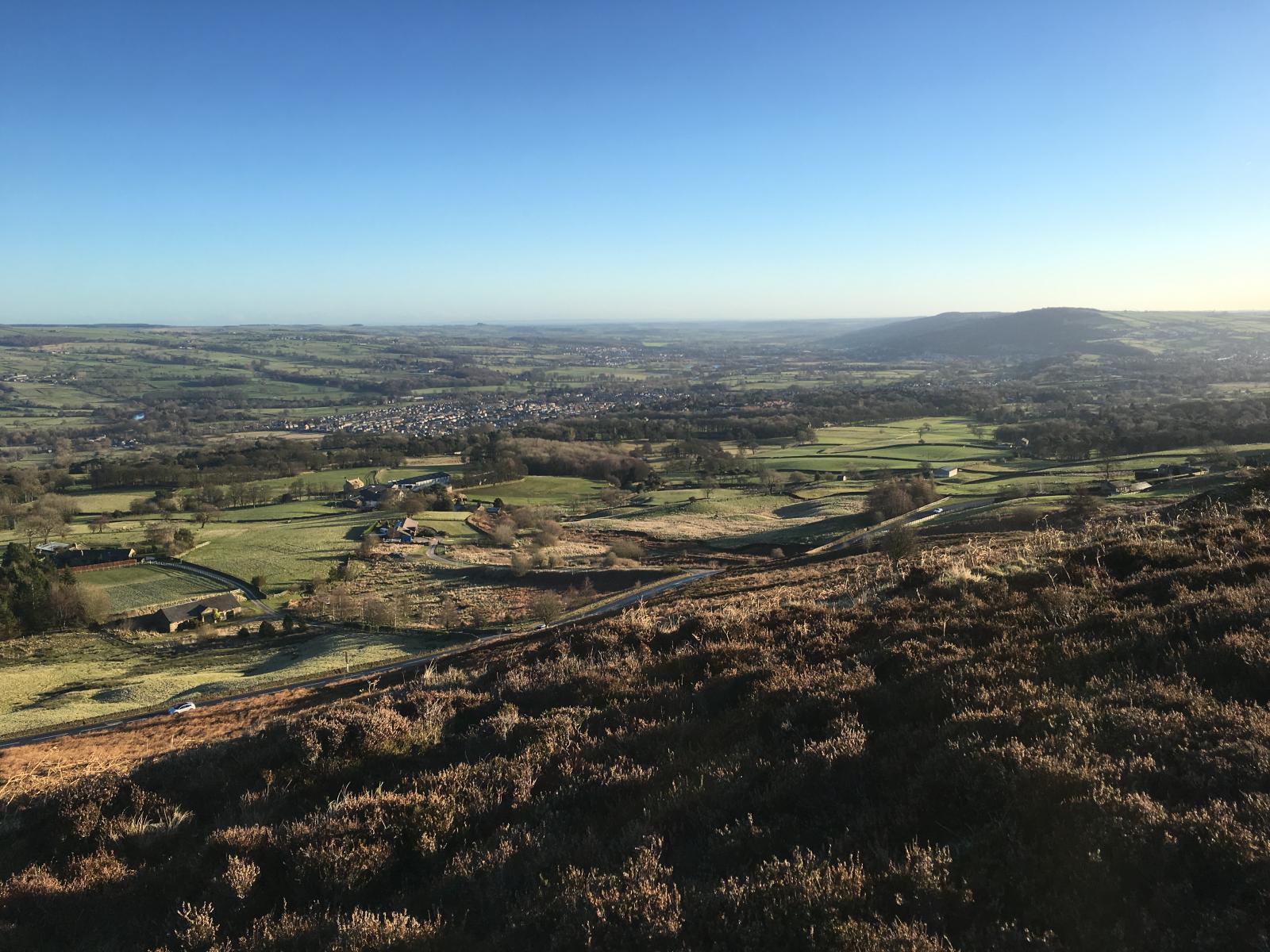 The National Pilot for the SFI scheme will start in the autumn of 2021, with potentially more than 2,000 English farmers taking part, testing the range of standards that have been proposed (incl. payment rates though these may be revised after consultation):

Farmers will be paid to test the land management actions which they have to take on-the-ground, such as lowering inputs on grassland or integrating cover crops into their arable rotation. This will differ depending on the level they enter within the standard which is set at introductory, intermediate and advanced (as laid out above in terms of payment rates).

They’ll also be testing the land management plans which are designed to help farmers understand what they need to do, across their farm and land, to deliver public goods.

During the piloting process, farmers will undertake learning and feedback exercises to help inform policy-making for the SFI, in the lead-up to the roll out of the scheme in 2024. An annual payment of £5,000 will be given for doing these tasks, which might include workshops, surveys and some form(s) of monitoring. Participants will be paid on a monthly basis, rather than a one-off annual payment.

Arguably, the main barrier to the SFI pilot is that you can only participate if you have been eligible for direct payments (i.e. the Basic Payment Scheme (BPS) in 2020 or 2021. This leaves out a large number of smaller-scale farmers who haven’t been in receipt of BPS subsidy due to the rules of eligibility.

For more information on the SFI pilot, take a look at Defra’s webpage.

Alongside the pilot, Defra will be launching a slimmed-down version of the SFI scheme in the spring of 2022 available to all farmers eligible for BPS. This more basic version of the scheme will focus on these three standards plus support for animal welfare:

We are glad to see some of these core elements coming through, particularly on soils and the improvement of soil health, which is essential for the sustainability of all farming businesses and the climate and natural environment. It is a good starting point, but we want to see Defra commit to a clear ratcheting up of ambitions over the next few years in the lead up to the roll out of all ELM schemes in their full design, in 2024.

For many, this will be a small sign of relief, as this financial support will help to soften the blow of a reduction in direct payments (i.e. the Basic Payment Scheme (BPS)), which will start in 2021 and end with them being phased out completely in 2027.

Disappointingly, farm businesses who have not been in receipt of BPS will be ineligible to apply for an SFI 2022 agreement. and many farms do not fit the above categories like low input and unimproved grasslands. This is a real blocker to the progress of farming policy in England, with the promise of a new way of doing things only shining through in some ways. It is more important than ever that the UK Government supports all farming types and sizes which are actively producing food and managing land.

However, we are yet to see a full outline of payment rates per hectare for the SFI 2022 scheme (although they maybe the same as those mentioned for the pilot). We have been told there will be a 30% uplift compared to payments for similar agri-environment actions under Countryside Stewardship (CS), but there is general consensus that it won’t replace the level provided under BPS (and CS for those who utilise both schemes).

Under this scheme, farmers will have to take a number of land management actions that are designed to help improve soil health such as reduce erosion, compaction and increase carbon stores. The Moorland and Rough Grazing standard will be on an introductory level, using this opportunity to support some initial good practice management, while testing out the standard and seeing what needs to be included in future years. We will also see the first iteration of the Animal Health and Welfare Pathway – for pigs, cattle and sheep only and supporting mainly veterinary reviews on health.

Questions are being asked about the ability of these standard to start delivering public goods, but equally it feels like a step in the right direction on the journey towards a more ambitious and supportive ELM overall. New standards being developed are also mentioned in the document, including on agroforestry, orchards and permanent crops, but are these enough? Moving forward and looking at the roll out of the SFI in the coming years, we want to see a ratcheting up of ambition in terms of targets, actions and supporting more farmers to deliver public goods through whole farm and agroecological approaches. We would like to see Defra commit to a standard which can support agroecological farming as a system.

ELM and the future budget

Defra has announced some detail on the Environmental Land Management (ELM) budget and how this will be split. Essentially, they have decided to divvy up the money equally between farm-level actions through the Sustainable Farming Incentive (SFI) and other local- and landscape-level actions like the Local Nature Recovery (LNR), Countryside Stewardship (CS) and Landscape Recovery (LR) schemes. This means that 30% of the £2.4 billion per annum farm payments that are guaranteed up until the end of this Parliament in England, will go into the SFI. What the overall funding will be beyond 2024 is still very much an unknown, which does create some uncertainty for longer-term farm business planning.

This may signal a clearer direction for ELM, that places equal emphasis on nature recovery across farmed landscapes and farm-level sustainability actions, rather than putting the majority of money into schemes that directly support farming.

Could this be an issue in terms of getting farmers into the SFI scheme?

Inevitably, it will pose many questions. Will the SFI scheme alone will be enough support? Will there be a need to enter both the SFI and LNR scheme at the same time? Or is basic SFI support enough if the farm finds ways to intensify output? This 30% ‘uplift’, mentioned above, will be good news for farmers, but analysis from AHDB on the initial payments (which are subject to change and do seem to be updated in recent announcements) suggest it won’t come close to replacing the support under BPS, even when any uplift is taken into consideration. There is also the need to independent advice available to all farmers who need to start the transition – will the budget be available?

Either way, what we need to think about, is how do we make it easy for farmers to utilise more than one scheme at the same time, across the same farm? We need a scheme that is accessible for all, while at the same time delivering multiple public goods at the scale needed for tackling climate change, soil degradation and biodiversity decline. Is this where the land management plan comes in? Or should Defra now think more seriously about integrating a whole farm, agroecological approach into ELM, alongside the asset-based approach?

At this years’ Groundswell Ag event, Rosie Boycott interviewed George Eustice on the future of farming in the UK. In his speech, and subsequent Question & Answer session, Minister Eustice explained several things that we might expect to see come through ELM in the future:

Sustain and its members welcome some of the thinking that seems to be coming through, having spent the last couple of years highlighting the need for the above solutions to be part of ELM. Although not perfect and with some way to go before they become a reality, it does suggest some progress.

You can read a full update from Defra on the Agricultural Transition Plan and Environmental Land Management here.

You can sign up to our newsletter on our main webpage.

James has been working at Sustain since September 2020 and works on farming and local food system policy and campaigns. He also sits on the Brighton & Hove Food Partnership Board. He has worked in farm advice at Natural England, farming policy at Defra, and on animal welfare issues at the NFU. James is passionate about agroecological farming, fairness in the food system, and is an aspiring farmer.