In the UK, food products that carry 'protected food names' are on average sold at almost twice the price of comparable food, worth around £1bn to the UK economy. But so far, Defra has not stepped up to the challenge of championing protected food names in EU negotiations and the Repeal Bill, argues Gerry Danby of Artisan Food Law. 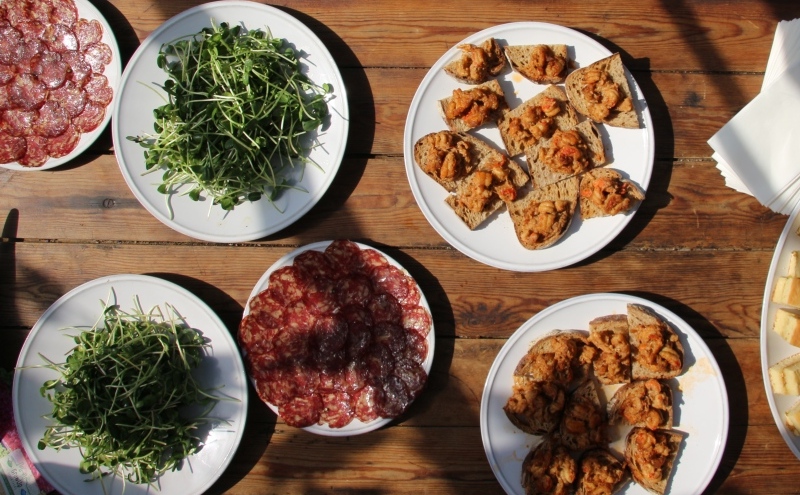 Protecting the authenticity and marketing value of traditional foods is crucial if we are to sell the UK as a source of delicious and high quality food, rooted in good food stories, traditional skills and history. Such products also command higher prices, especially in export markets. Yet descriptions that protect both value and values are potentially at risk from changes to our food rules due to the EU Withdrawal (Repeal) Bill and new international trade deals.

The EU first introduced arrangements for the protection of traditional foods back in 1992 and there are now 1,393 foods registered – including Scotland’s Arbroath Smokies to Yorkshire Forced Rhubarb. While Italy, France and Spain were quick to take advantage of the new scheme, the UK was slow to recognise the value of the geographical indications – protected designation of origin (PDO) and protected geographical indication (PGI) - and the traditional speciality guaranteed (TSG) which are the designations set out in the food quality Regulation (EU) 1151/2012.

More recently, a change of approach has been very much in evidence. In late 2014 then Defra Secretary Liz Truss made a big push to encourage more applications for registration and 23 foods have since secured registration or have applications pending. More than a half of the UK’s 79 protected food name products were registered in the last 10 years.

Protected food name status is a form of intellectual property right and registered foods attract a substantial premium. The European Commission has estimated that, in the UK, protected food names are on average sold at almost twice the price of a non-protected comparable food. The UK market was worth almost £5 billion in 2010 - of which about 80% was spirits (mainly whisky) and just under £1bn was food. There is a cost associated with protection which producers must bear, but a significant financial benefit remains.

Since the referendum in June 2016, there have been eight new hopeful applications made and six new food products registered, in recent months West Wales coracle caught salmon and sewin (Welsh sea trout) and London Cure Smoked Salmon gained PGI status. The process for securing protection is long and arduous so if we are leaving the EU, some might ask, what’s the point?

Protecting the authenticity of traditional foods remains a driving force underlying the scheme. Consumers are provided with an assurance they are purchasing a genuine food product and the scheme helps reconnect people with the source of their food. Farmers and producers are assisted in establishing a strong brand and gain protection from imitation throughout the EU.

The Brexit White Paper sets out the Government’s approach to the ‘Repeal Bill’ (now called the EU Withdrawal Bill) which would enshrine EU regulations, including the food quality Regulation (EU) 1151/2012, into domestic law as it stands at the point of the UK’s exit from the EU. This would not in itself, as the White Paper highlights, be sufficient to work effectively. Foods already registered would continue to be protected, unless the EU took steps to remove them from the register. On the other hand, the registration process is ultimately in the hands of the European Commission. Even if the Government were to agree to continuing this arrangement, the Commission is unlikely to recognise new applications from the UK or continue to deal with those in the pipeline under the terms of a UK regulation frozen in time. It may well take the view that this is a matter for a future UK-EU trade deal, making the solution potentially a decade or more away.

Provision is made in food quality Regulation (EU) 1151/2012 for producers in non-EU countries to apply for registration. There are already several examples of foods from countries outside the EU, including Norway and Turkey, and direct applications to the Commission may be made by a group of producers.

There have been indications that Defra is working on a scheme, but there is little evidence it has any grasp of what is required. A UK DIY scheme would be fraught with problems. The now widely recognised quality logos are the property of the EU and could not be awarded and consumers may suffer from logo fatigue. A scheme introducing new quality marks would lack credibility and standing, in the very least it would take time, many years, to gain acceptance and probably never would in Europe. The financial cost would be considerable.

Defra clearly see protected food names purely in terms of a marketing opportunity, particularly for food exports. The bigger food corporates have not failed to notice the premium which a protected food name carries. In any future new or amended scheme who is likely to be favoured? The bigger food corporates or the next West Wales coracle fishers? The EU has done much to help preserve food traditions in the UK, let’s not now lose them and the benefits they bring.

Meanwhile, there are also important considerations for artisan producers, products and methods who may not fit the bill for these formal protected name schemes. Sustain is also championing of honest labelling so that high-value terms such as 'sourdough', 'artisan', 'wholegrain' and 'craft' can be used to promote only high-quality products, for the benefit of artisan producers and SMEs. These are examples from the Real Bread Campaign's push for an Honest Crust Act.

We must also consider the implications of new international trade deals on our ability to control both our own protected names and food labelling, and the marketing claims that appear on imported products. The row over chlorine-dipped chicken illustrates that some in the UK government may view watering down UK food standards as a small price to pay for lucrative new trade deals. However, it could be a big, unacceptable and ultimately terminal price to pay for the UK's small-scale, artisan and traditional food producers.

This Brexit Brief is by Gerry A Danby, Artisan Food Law, www.artisanfoodlaw.co.uk

To protect good food standards, the UK Trade Bill must:

Sustain has joined the new Fix the Bill alliance, coordinated by Unlock Democracy, to press for better policy outcomes from the Repeal Bill, for people and the planet - health, welfare and sustainability. Sign up your organisation for news or to get involved at www.repealbill.org and follow on Twitter at @fixrepealbill