In 2014, Sarah Jeffery and Sharon Tomkinson opened their Real Bread bakery on a farm in a converted barn. 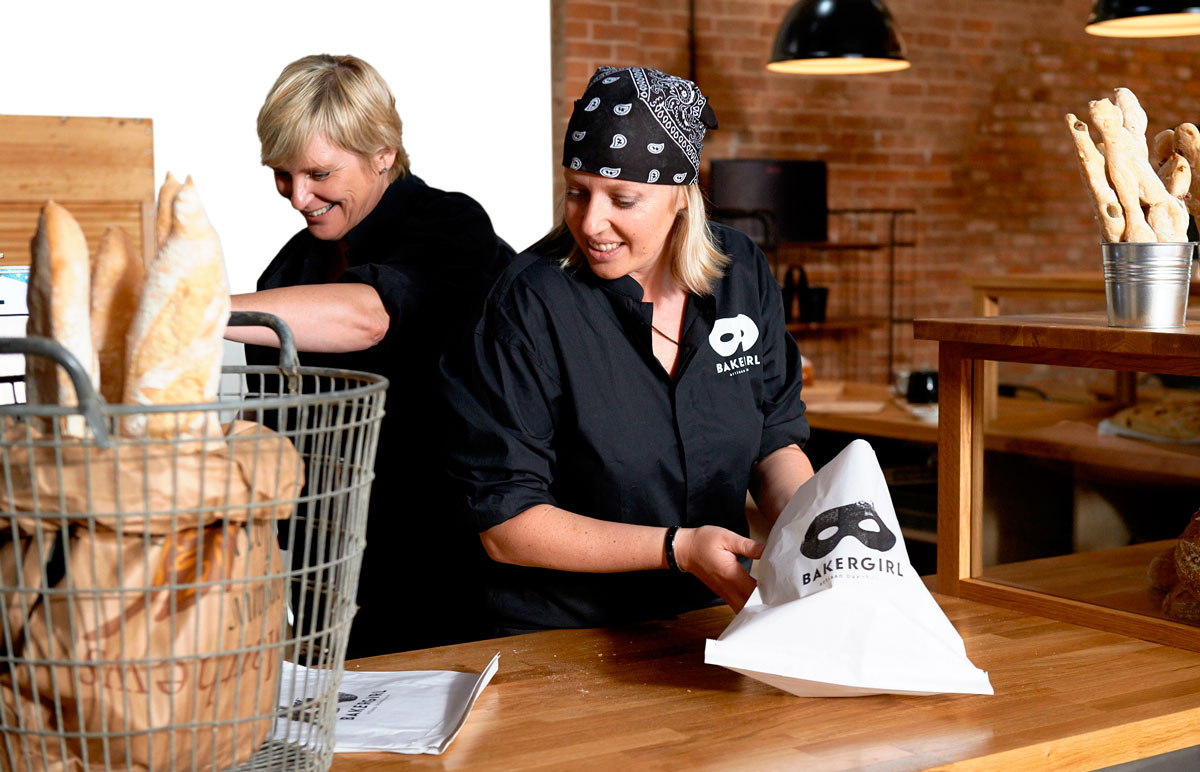 If you had told me several years ago that I would become a professional baker, I would have said you were mad!

Having moved from London to Oxfordshire, access to Real Bread was minimal at best. In fact, the situation was dire.  Then I received a Richard Bertinet course as a present and decided:  I must make my own bread, and so it started.

I was in love.  Yeasted breads, sourdoughs, croissants; I love the feel of the flour, the natural process, the alchemy, the crust of a sourdough - there is nothing to compare - and the taste!  Every moment I was either making bread, voraciously reading about it, or watching YouTube clips of people baking; everyone from 80 year old Italian nonnas to trendy surf dudes in San Francisco.

Everything took a different turn when a neighbour, who happens to be in the food business, said: “You could sell this. I would buy bread from you.” After some serious thinking, Sharon and I created a business plan that offered an opportunity to bake for a living.  We set up a microbakery at home, launched with a coffee morning for people to sample our bread. Soon a queue formed of people who wanted to buy our loaves!

It was really exciting.  We set up an email ordering system, baking for customers to pick up their loaves on Saturday mornings. I reached out to the Real Bread community and other bakers through Twitter.  Bakeries such as The Firehouse in Wicklow Town and suppliers such as Brook Food have been a tremendous help.  I also spent time at Haxby Bakehouse near York and Seven Hills Bakery in Sheffield, for which I will always be grateful.  The genuine support from other bakers and their willingness to share their experience has been uplifting.

Demand grew and the harsh reality of making a living is a big challenge.  Soon we were doing all nighters and selling at local farmers’ markets and realised we needed a bakehouse. In the end we figured if we created a bakery café with quality coffee in addition to takeaway loaf sales, we could make it work.  Real Breads still isn’t that easy to find around us and the appreciation we are getting from customers is fantastic.

We could be heroes

There is a kind of heroic, David and Goliath battle between Real Bread bakers and the manufacturers of Chorleywood pap. This is why we chose the name Bakergirl, a superhero mask as our logo and the A Hero In The Baking tagline, which has captured the imagination locally.

As ex-marketers, we know that branding is important but not as important as making a product that people want to buy and which gives so much pleasure.  It is their satisfaction that has been the main highlight of the last few years.