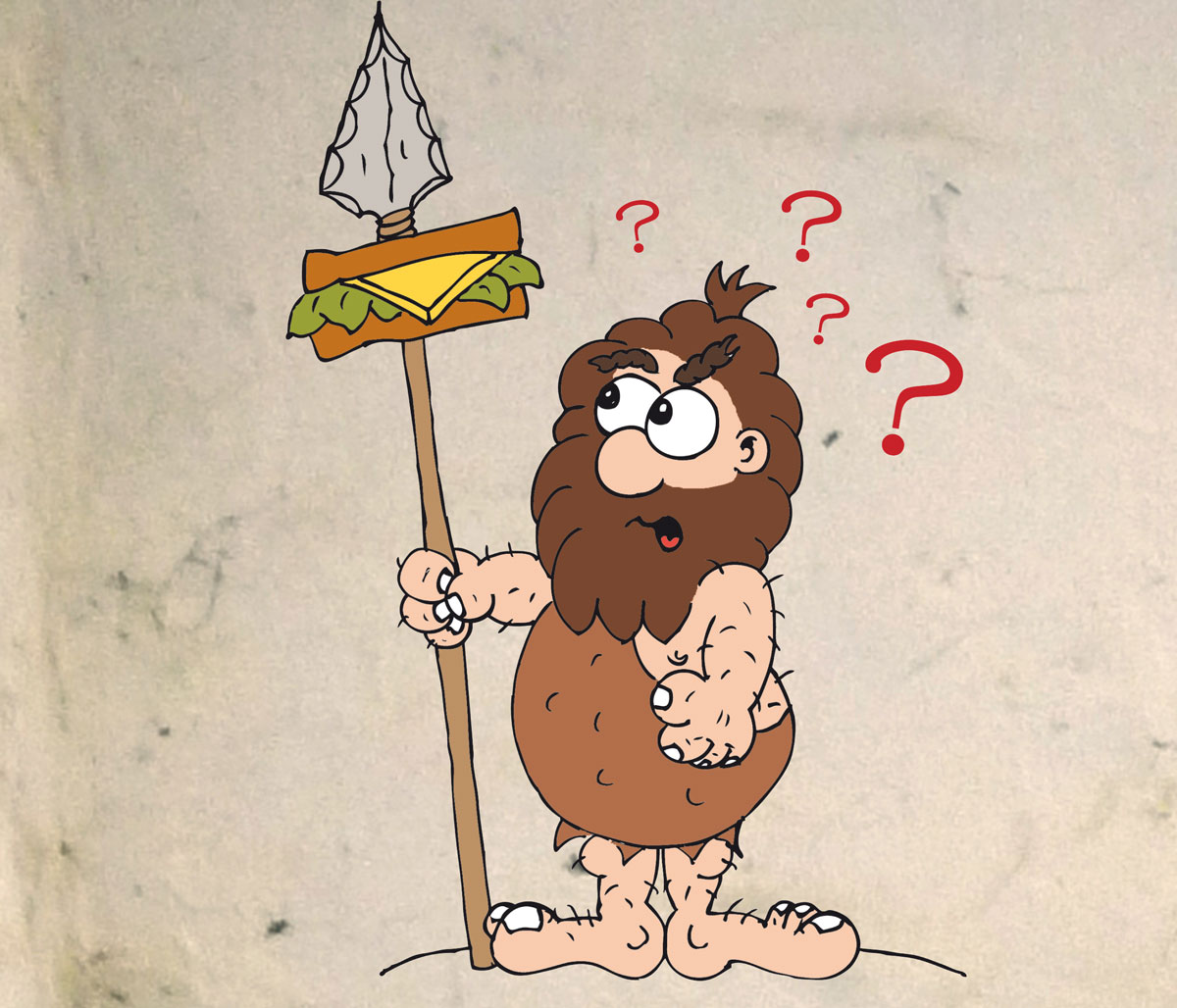 In 2013, The Paleo Diet was hailed as the most searched for diet on Google. Opting for healthy, real foods, instead of over-processed industrial products, it’s a concept that you might think would embrace Real Bread. Why doesn't it?

The Paleo Diet is a trademarked version of the practice of shunning ‘modern’ foods in favour of ‘hunted’ and ‘foraged’ foods that echo those available in the Paleolithic era, including seafood, grass-fed lean meat, eggs, nuts, seeds, fruits and vegetables. The argument is that over roughly 2.5 million of the Old Stone Age, the human body became adapted to these foods at a genetic level, but that the 10,000 or so years since the emergence of agriculture has been insufficient time for us to evolve to adapt to the foods we have bred and developed since.

The general principles of the (self-acclaimed) ‘world’s healthiest diet’ are plausible and laudible: that an emphasis on traditional, seasonal and diverse wholefoods; and a decreased dependency on highly-refined, heavily processed, reconstituted and sugar-rich products could help to reduce risk of cancers, diabetes, obesity, heart disease and other diet-related illness.

To achieve this, however, you must also say goodbye to anything not eaten by our pre-agrarian ancestors, including wholesome cereal grains, legumes and dairy products.

But while superficially fundamentalist, what of the nagging inconsistencies? “A glass of wine with dinner a few times a week will not derail the therapeutic effects of The Paleo Diet,” writes Loren Cordain on the official website, on which a ‘raw’ chocolate recipe also appears. How many of the plants or animals permitted by the diet are of the same strains or varieties that were around even 100 years ago, let alone 10,000? How many of the US followers are managing to keep their plates free of GMO ingredients and growth hormone tainted meats? Did the Flintstones have coconut flour and Wagyu beef FedEx’d to them, too?

Sadly, while allowing these anachronisms, the Stone Age stalwarts shun Real Bread. They seem to have failed to grasp that it is very different from an industrial loaf, both in form and also in what it represents. Organic, stoneground, wholemeal sourdough, (arguably Real Bread at its best) contains high levels of fibre, a broad range of micronutrients and releases its energy very slowly, all of which helps promote good gastrointestinal functions and general health.

Even if the very oldest of the ancient grains we still eat only emerged as recently as the Neolithic (New Stone Age) period, surely such Real Bread made using local and organic ingredients is still closer to the motivations of the diet than some processed and packaged snack bar imported from who knows how far away?

If we truly want to eat as healthily as possible, rather than buying into a strict doctrine (which may be replaced by another fad in a year’s time) we should be enjoying as diverse a diet of minimally processed foods as possible.

With thanks to Rebecca Roberts, on whose article this very different take is based.