In July 2014 Andrew Whitley pondered the future of sourdough in the UK. 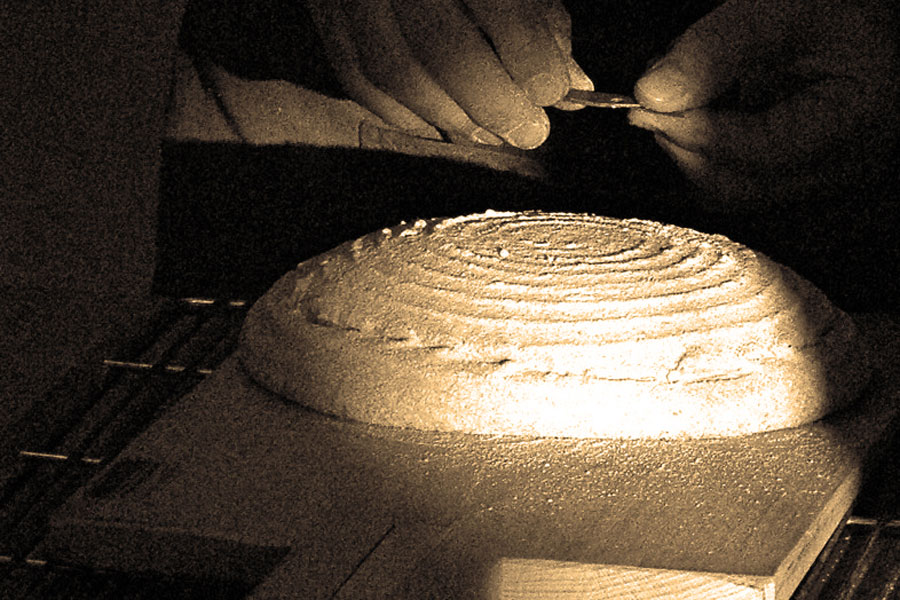 A leading champion of genuine sourdough in Britain since the early 1990s, Bread Matters and Real Bread Campaign co-founder Andrew Whitley is concerned that the hard work of hundreds of Real Bread bakers and trust of many more shoppers, is at risk of being undermined.

At the Food for Thought gathering in May 2014, hospitably and efficiently hosted by Campaign supporter The School of Artisan Food, I made a prediction: within twenty years, most UK bread will be sourdough.

I am not privy to any inside industry knowledge. Indeed, those who represent 95% of our country’s loaf supply tend to respond to critical commentary by shooting the messenger. So I’m not extrapolating from some imminent but as yet unpublicised changing of spots by the ultra-fast (and apparently performance-enhanced) leopards that dominate the market.  My estimate, which some may regard as actually rather cautious, is based on a mixture of logic and hope.

The evidence (links to some of which can be found on the Campaign website) of nutritional and digestive benefits of fermenting flour for several hours with the kind of beneficial lactic acid bacteria that populate genuine sourdough cultures becomes more compelling by the month. Research methods and tools can now pinpoint active molecules and biochemical connections with ever greater precision, suggesting how we can make bread better for everyone. This, of course, is old hat to Real Bread bakers of genuine sourdough who hear tales of digestive relief from grateful customers every day.

There must surely come a point, the thinking goes, when the evidence compels industrial bakers to change their ways, if only to stem the long-term decline in sales of their flagship product. Sourdough, however, still barely registers in the Big Bakers’ public thinking. In a seven-page ‘Focus on Bread & Baked Goods’ report publshed by The Grocer magazine in May 2014, there was but one mention of it. But change is on the horizon. The success of sourdough Real Bread, pioneered and popularised by small artisan bakeries, has certainly not gone unnoticed in the marketing departments of corporate food purveyors.

But hold on: The reference to genuine sourdough above was deliberate.  Hapless shoppers braving the loaf-tanning salons of some supermarkets are at increasing risk of stumbling upon products labelled ‘sourdough’ that are far from the real thing. It goes without saying that I would take no pleasure at all in seeing my prediction come true if most British loaves turned out to be what I call pseudough.

Sourdough brings out the best in bread only if its bacteria can interact with all the flour for several hours. Simply mixing some dried sourdough powder into a standard mix of flour, emulsifiers, industrial enzymes and baker’s yeast may add a hint of flavour, and almost certainly a good whack to the price, but it won’t transform the dough. The big risk to genuine sourdough bakers is that trust in the entire sector will be undermined by what I see as this deliberate ‘passing off’.

The Real Bread Campaign’s call for an Honest Crust Act must be heeded, and soon. Among its transparency clauses would be a legal definition of sourdough guaranteeing that any bread thus labelled had been properly fermented with diverse lactic acid bacteria, no added baker's yeast and, of course, no artificial additives. It’s what Real Bread bakers do naturally.

If this is the bread of choice in twenty years’ time, I’ve no doubt that the country will be a healthier and happier place.