In the month that the Real Bread Campaign is helping to share the delicious delights of genuine sourdough, and champion the people who make it, Campaign coordinator Chris Young questions the way some industrial loaf fabricators are using the term. 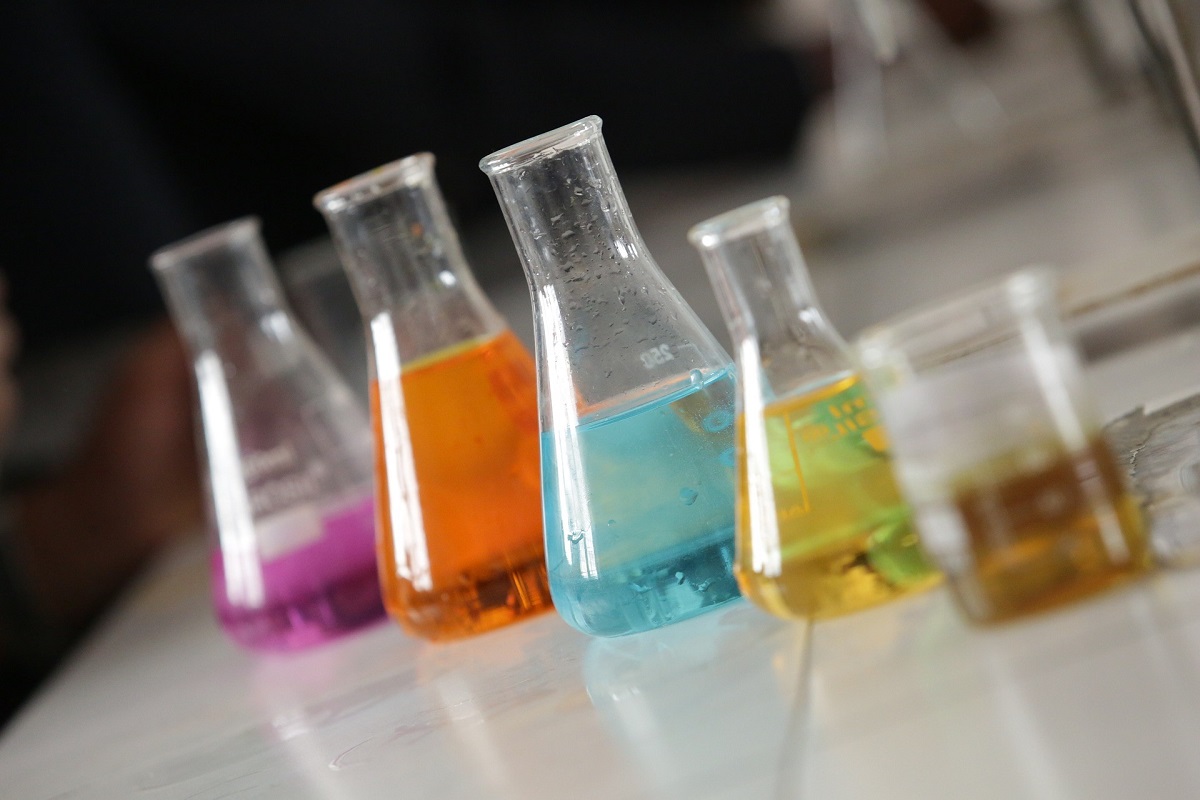 Industrial baking additives are developed in a lab, though almost certainly not this one

Rather than a trend, innovation or bandwagon, using a sourdough starter culture is the oldest way of leavening a loaf. The only ingredients actually necessary to make a loaf of plain, genuine sourdough bread are flour and water. The addition of salt to this is almost universal, taking the total number of natural ingredients to three.

Sourfaux
Today, Which? published the October issue of its magazine, which includes an article titled Sourdough or sourfaux? The organisation reports that of 19 supermarket and branded loaves it looked at, 14 were what the Real Bread Campaign calls sourfaux.

Ultra-processed
A case in point is an ultra-processed product recently unleashed by one of the UK’s largest baking behemoths.* Though marketed with the word sourdough, its wrapper declares it containing 12 components,** four times as many as the number of natural ingredients necessary by make genuine sourdough.

Sourdough
To create genuine sourdough, a skilled baker will add water to flour and nurture the yeasts and lactic acid bacteria naturally present in it to create a starter culture, which will (amongst other things) make the dough rise.

Over the longer fermentation time needed by these ‘wild’ yeasts to leaven the dough, the bacteria bring about changes that improve the texture and flavour of the finished Real Bread. A growing number of studies suggest these time-dependent natural processes might also have nutritional and other health benefits.

How can any of these changes happen in loaves made without a live starter culture or accelerated by commercial yeast?

An honest crust
How and why is this being allowed to happen? Well, in many countries there is no legal definition of sourdough. In Britain there isn’t even guidance on its use, meaning that bodies set up to protect us from being misled, including local authorities’ trading standards departments and the self-regulatory Advertising Standards Authority. Without clear and adequately-enforced legal definitions for sourdough, artisan bread, wholegrain, heritage/ancient grain, freshly-baked etc. what is and isn’t the misleading use of each word is left to interpretation by the bodies, or even individuals within each body.

So, before you tuck into your so-called sourdough pizza base, burger bun or sliced-white factory loaf this #SourdoughSeptember and beyond, double check the label (if there is one) or ask the baker to find out with what it was made. If you’re unhappy with paying for sourfaux (particularly if they’re charging more than for more or less identical loaf products), vote with your wallet.

Another way to help make a difference is to write to your local MP, asking them to write to support the Real Bread Campaign’s call for an Honest Crust Act of improved loaf labelling and marketing law.

If you'd like to support this, and the rest of our work, join the Real Bread Campaign!

*Not wanting to give them free publicity, we’re choosing to shame not name the company or product.

**This doesn’t include the four so-called ‘fortificants’ added by law to most British-milled wheat flour, or any so-called ‘processing aids’, which are additives that legally can go undeclared on food labels.

Sourdough: The case for a legal definition