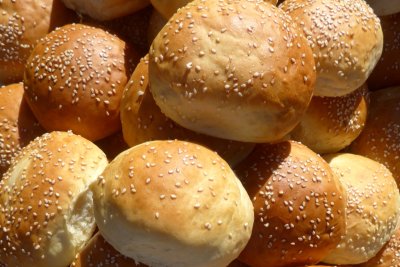 At the start of Sourdough September 2022, The Sunday Post invited Real Bread Campaign co-ordinator Chris Young to a Q&A about bread. An abridged version was published a month later as The Honest Truth: How bread became the nation’s favourite food

Here are Chris's answers in full:

Tell us about bread…why does the nation love it so much?

Real Bread is a staple food in almost every culinary culture because it’s delicious and can make an affordable meal almost on its own. Industrial loaf products are popular mainly because they’re cheap to buy (though might incur hidden costs), widely available and are comfortingly familiar because so many of us were brought up on them.

What is Real Bread?

We define Real Bread as made without chemical raising agents, so-called processing aids or any other additives. This simple and universally-inclusive definition encompasses every type of Real Bread made and enjoyed by people of every age, nationality, colour, sex, sexual orientation, gender identity, ethnic heritage, differing ability, neurological status, religion and economic background, who speak every language worldwide. It is possible to make Real Bread as a sliced, white sandwich loaf, but industrial loaf fabricators usually choose to throw in a load of additives instead.

What is sourdough bread?

Rather than a look, style, taste or trend, sourdough is a process. It’s the oldest way of making dough rise. Genuine sourdough is Real Bread made without the use of baker’s yeast. Yeasts and lactic acid bacteria that are naturally present on the surface of grains end up in flour and can be nurtured to create a thriving sourdough starter culture. This can then be used to make any type of savoury or sweet bread. Just keep an eye our for sourfaux, which is what we call a product that is named or marketed with the word sourdough but is made with any other raising agent or additive.

Who invented bread and when?

It’s likely that people in a number of different places independently stumbled on the idea of crushing wild or cultivated grains (such as maize, millet or cereals), mixing that meal or pulp with water to form a dough, which they then shaped into cakes or flatbreads and baked, grilled or roasted. For a long time, this was thought to have happened 10-12,000 years ago, but in 2004 archaeologists in Israel dated barley meal in a grinding stone to 22,00 years ago and in 2018 charred flatbread crumbs dating back around 14,000 years were found in Jordan. The general consensus is that dough was first leavened (made to rise, either with a sourdough starter or yeast from beer barm) in and around ‘Ancient’ Egypt, though nobody can agree when within that large time period it happened.

Where was wheat first farmed?

The first species of wheat to be cultivated was what is now known as Triticum monococcum or einkorn. This started happening around 10,000 years ago in what is often called The Fertile Crescent, which curves from modern-day Egypt, through Syria, southern Turkey, Iraq and into Iran. Most bread in the UK is now made from common or modern wheat (Triticum aestivum).

How did it get its name?

Etymologists can’t all agree. Some believe it comes from a Germanic root meaning something like bubble, referring to the dough rising, while others say the meaning was a piece or morsel of food. Either way, it’s related to Icelandic brauð, German Brot, Danish brød and so on. Before around 1200BCE, the more common name for bread was the Old English hlaf, which shares its origins with Polish chleb, Arabic khobz and Finnish leipä.

Not all loaves are created equal but all things sold as bread are packed with carbs and protein. Products made with wholemeal and other less-refined flours are a good source of fibre as well. Studies have found that higher levels of the vitamins and minerals naturally present in grains remain in stoneground flour than roller-milled flours of similar extraction rate. All wheat flour, except wholemeal, in the UK has a number of minerals and synthetic vitamins added by law, though questions hang over whether all of these are beneficial.

There’s a growing body of evidence that suggests there might be a range of health and nutritional benefits of making bread by the sourdough process. We keep calling for more research to be funded but the government won’t support this. The necessary changes brought about by the lengthy lactic acid bacterial fermentation can’t occur to the same extent if the process is sped by the use of other rising agents, or at all if a live starter culture isn’t used.

Does bread become sweeter the longer you chew? Why is this?

Saliva contains an enzyme called amylase, which breaks starch down into sugars.

Tell us an interesting fact about bread not many people would know?

Is it true that contrary to popular opinion it doesn’t cause bloating?

Just as not all loaves are created equal, not all people are, either. The vast majority of us have no trouble eating Real Bread or even industrial loaf products, but people’s experiences vary. Some can enjoy Real Bread made from ‘heritage’ (a contested term) varieties of common wheat but have difficulty stomaching 20th century varieties. Others have to go back further to ‘ancient’ wheats, such as einkorn or spelt (T. aestivum subsp. spelta AKA T. spelta), or find that they can only eat genuine sourdough bread.

How can people be sure they’re getting Real Bread?

Never mind the front of the pack, always read the label on the back! You can also look for The Loaf Mark for an assurance from the baker that a loaf is additive-free. We continue to lobby the government for mandatory ingredient labelling of unwrapped loaves, plus legal definitions of terms including freshly baked, wholegrain, sourdough and artisan.

Media coverage generated by the Real Bread Campaign since 2008.