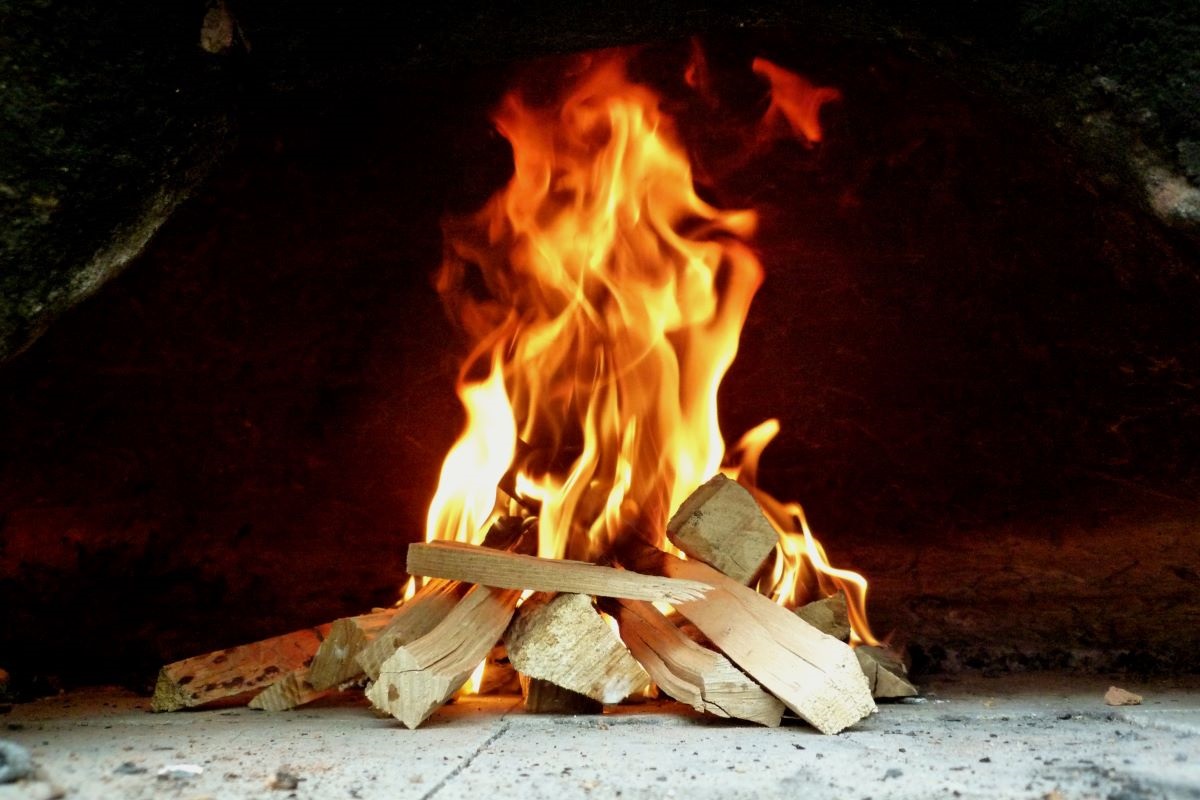 Are wood-fired, brick ovens superior to 'conventional' ovens? Do they result in better bread? If so, what are the chemical and physical processes taking place inside the baking chamber that have beneficial effects?

It's getting hot in here

The key difference lies in the heat regime. A brick oven achieves not just higher temperatures but also better retention, radiation and convection of heat. All these factors result in lighter, airier, crustier bread.

Cooking in a brick oven takes place primarily through radiation – that is heat coming from the oven walls and floor; air temperature is relatively unimportant. With a specific heat capacity of 840 kJ/kg/°C (kilojoules per kilogram per degree centigrade), brick is a better retainer of heat than any metal except aluminium. This means that it holds the heat for longer and - crucially - radiates it more evenly.

This steady emanation of an even, consistent heat guards against one of the great enemies of baking - heat oscillation. In a conventional oven, the in-built heat gauge will automatically cut off the heat supply when the desired temperature is reached, and only switch it back on again after a drop-off in temperature which, in some ovens, can be as much as 20°C. Brick ovens have no such cut-off mechanism, and their superior heat retentive qualities mean that what drop-off does occur is much lower -typically 5°C during baking.

Brick-radiated heat is also kinder to dough. Its wavelength frequency provides a gentler, more penetrative heat, which cooks the dough more evenly and therefore prevents the crust burning before the inside is cooked - always a danger at higher temperatures. And because so much of the heat is conducted directly from the oven floor through the sole of the loaf, it encourages the sugars (originally from starch in the flour) in the dough to migrate upwards, where they caramelise and help to create a crisp, well browned crust.

But it is not just the material of the oven that helps. The heat source plays its role as well.

Wood-fired baking can be carried out with the fire left in the oven (known as black baking) or after it has been swept out (white baking). Black baking is especially suited to pizza, where the presence of fire results, when carefully managed, in flavour-enhancing crust charring.

More importantly, it is only with a wood fire, which burns hotter than gas, that the ideal pizza baking temperature of 450-500°C can be attained. At this heat, pizza will cook in 90 seconds: just long enough for the crust to char and puff up, and quick enough to prevent the toppings from drying out.

For bread baking, the higher heat of the brick oven encourages the much-prized ‘oven spring’, which is due to the gases in the loaf expanding. This increased volume results in a more open crumb and a lighter, airier texture. The crust will be better too, as the higher temperatures increases caramelisation at the surface.

Crust formation is the final part of the baking process that can be improved in a brick oven. As every baker knows, preventing early crusting is essential if the gases inside the loaf are to fully expand. This is achieved through the introduction of steam, but conventional domestic ovens, with their vented chambers and large doors, are not designed for the efficient introduction, retention or extraction of steam. In a brick oven, superior heat retention results in less heat loss when the door is opened for the steam to be introduced. Inside the brick oven, a closed chamber with no heat vents means the steam cannot escape. And when the steam has done its job it can be ventilated by means of convection which, in a properly built and proportioned brick oven, is a natural part of the baking process.

But in the final analysis, it is not so much the shape of the oven that determines results as the material it is constructed from and the nature of the fire used to heat it. Brick, with its superior radiative and retentive qualities, and wood, with its higher burning temperatures, are clearly best.

Marc thanks the following people for their assistance in providing information for this article: Andrew Whitley, author of Bread Matters; Jim Wills of Mary G’s Artisan Breads in Ontario, Canada; and Emily Buehler, author of Bread Science: the Chemistry and Science of Making Bread.