Monika Curry’s ambition to bake Real Bread in a wood fired oven was fulfilled when she discovered one from the 19th century in a neglected bakehouse in Essex. 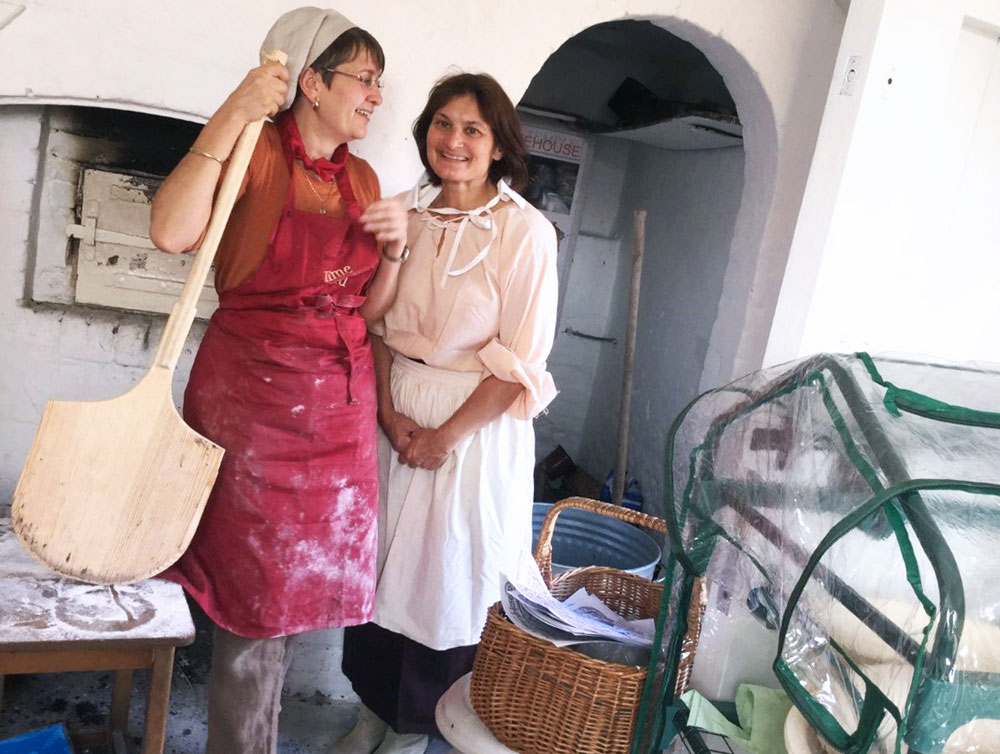 Imagine my excitement: Cressing Temple Barns is a unique place, the history of human habitation there goes beyond the Bronze Age, but most significantly the site was one of the largest and earliest possessions of the Knights Templar in England. The barns, still proudly dominating the site, date from the early 13th century, and are perhaps the oldest standing timber framed barns in the world.

Back from the brink

The site was acquired by the County Council in 1987 for people of Essex, but with all the cuts in the last few years, very little has been invested there. The bakehouse was in a bit of a state: The site historian thinks that the oven would have been used up to and perhaps during the World War II, but not much later than that. It became just another storage area, paint flaking, damp all over, crows nesting up in the chimney and oven itself in disrepair.

Fortunately I belong to a great group of Friends of Cressing Temple Gardens (FoTG). We got together few years back to do our bit to help to preserve Cressing’s heritage.  Now it was the case to bring the bakehouse back from the brink. Councils work veeery slowly, but eventually the bakehouse has been cleaned up and decorated. A couple of us FoTGs repaired the oven using refractory cement. Friends arranged and paid for a sweep to sort out the chimney and to install a bird guard, and a specialist bricklayer to replace damaged pamments on the oven floor.

In September 2015 we were ready to have a go at a firing.  Following excellent guidance by Andrew Whitley, with some trepidation we set a small fire to drive the moisture out of the bricks. It was a magical moment to see the wisps of smoke curling up into the chimney. She behaved impeccably, as you would expect from a well-mannered lady. We felt a sense of accomplishment, satisfying yet humbling. Bringing the oven back to life weaves yet another tiny thread into the history of this special place.

Now, despite all sorts of misgivings, discouragements and a long-winded journey, she is ready and ever generous to share her warmth. A baking group now meets regularly, the oven is used by reenactors, we bake at events and for interested groups and have plans to offer Real Bread education to people in the local community.  The bakehouse draws people towards it like magnet and we will be firing up the oven on 9 October during our Annual Apple Day Festival.

Thanks to the selfless work and generosity of the FoTG, who raised the money needed and did most of the work, the old dame is back as a warm heart of the place and the community”