Victoria Harley visits Berlin and samples bread from a rich tradition of baking that goes way beyond the vac-packed bricks found in British supermarkets. 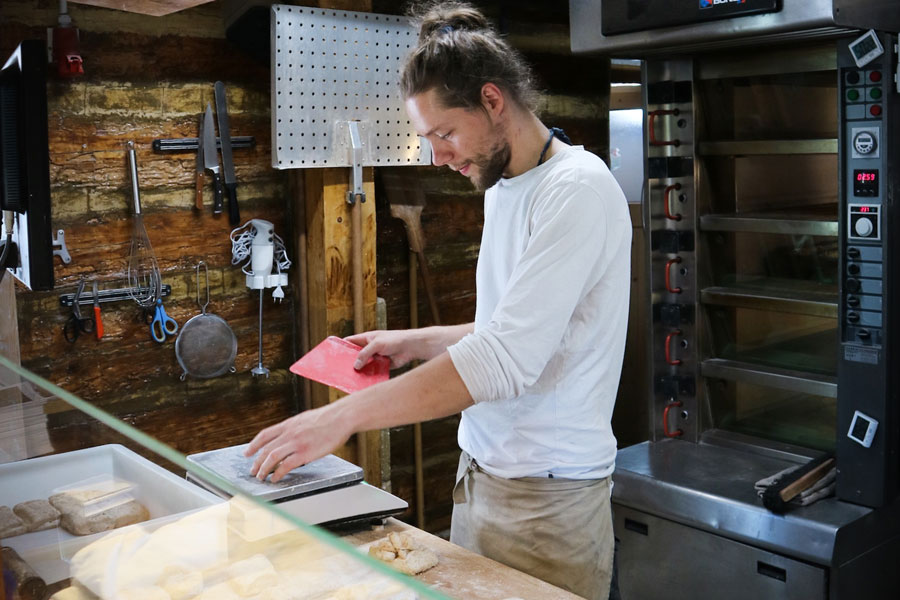 When you hear the words German bread, do you picture a block of dense, treacly rye bread or mahogany-crusted pretzels? Bread has always formed a vital part of the German diet and food culture, so much so that the word for supper or an evening meal is abendbrot. This literally means evening bread and comes from the traditional light evening meal of bread with sliced meats, cheese and pickles.

The Central Association of German Bakers began a register of regional German bread to record and protect recipes, recognising the cultural importance of the bread and bakers in German food culture. In 2014 this register became part of the UNESCO Convention for the Preservation of Intangible Cultural Heritage and to date has over 3200 recipes, a number that continues to grow.

This is not to say that everything is rosy. As in the UK, in-store ‘bakery’ counters stocked with mass-produced, part-baked loaves are visible in many stations, chain bakeries and small supermarkets.

Thankfully, there is also growing support for local bakeries, and young bakers are bringing new influences to the traditions of German baking. One such baker is Mattis Harpering, who runs the beautiful little bakery Die Backpfeife. Tucked away in Berlin’s Holzmarkt on the banks of the Spree, the bakery opened in 2017 and has built up a great reputation for slow-fermented loaves and rolls. As you walk down the wide, traffic-filled Holzmarktstrasse, keep an eye open for the hand-painted Die Backpfeife sign. Then, as you round the corner of the next door bar, the unmistakable smell of baking bread crust drifts past. As with all truly great bakeries, follow the queue of people and be patient!

‘As with all truly great bakeries, follow the queue of people and be patient’

The tiny shop is little more than a counter and some cabinets. As the summer weather has been kind this year, the cabinets spill out from the door. They are laden with three varieties of loaves, all made with varying blends of wheat, rye and spelt flour. Step inside and there are a couple for high chairs, in what is the shop for the rest of the year. Sit and watch the baking in progress and you find that the calm of the bakery and the process is almost hypnotic.

Mattis is not the only baker creating fantastic Real Bread in Berlin. The Kreuzberg and Neukolln areas offer a great chance to do a bread crawl, taking in a variety of styles of bakery and business. From the chic The Bread Station on Maybachufer (an offshoot from The Bread Station in Copenhagen, which also has a London outpost) to Beumer and Lutum, who took over an existing craft bakery in 1993 and set about transforming the baking practices to sourdough, organic and slow fermentation. Those who follow the bread world on Instagram may have stumbled across another treasure of this area, Albatross on Grafestrasse, though time your trip carefully as they are only open from Saturday to Tuesday.

That a businesses has managed to sustain itself for 15 years, and new bakeries continue to pop up, are hopefully good signs as to the health of the bread scene in both Berlin and Germany as a whole.

Victoria is a photographer, whose work includes all images in our book Slow Dough: Real Bread