The long and winding road to Chorleywood

We all can see, and often shake our heads at, the state of bread in Britain but how did we get here? Home-baker, mill enthusiast and perennial student of social history Geraldine Mathieson reaches for her cookbook shelf for clues. 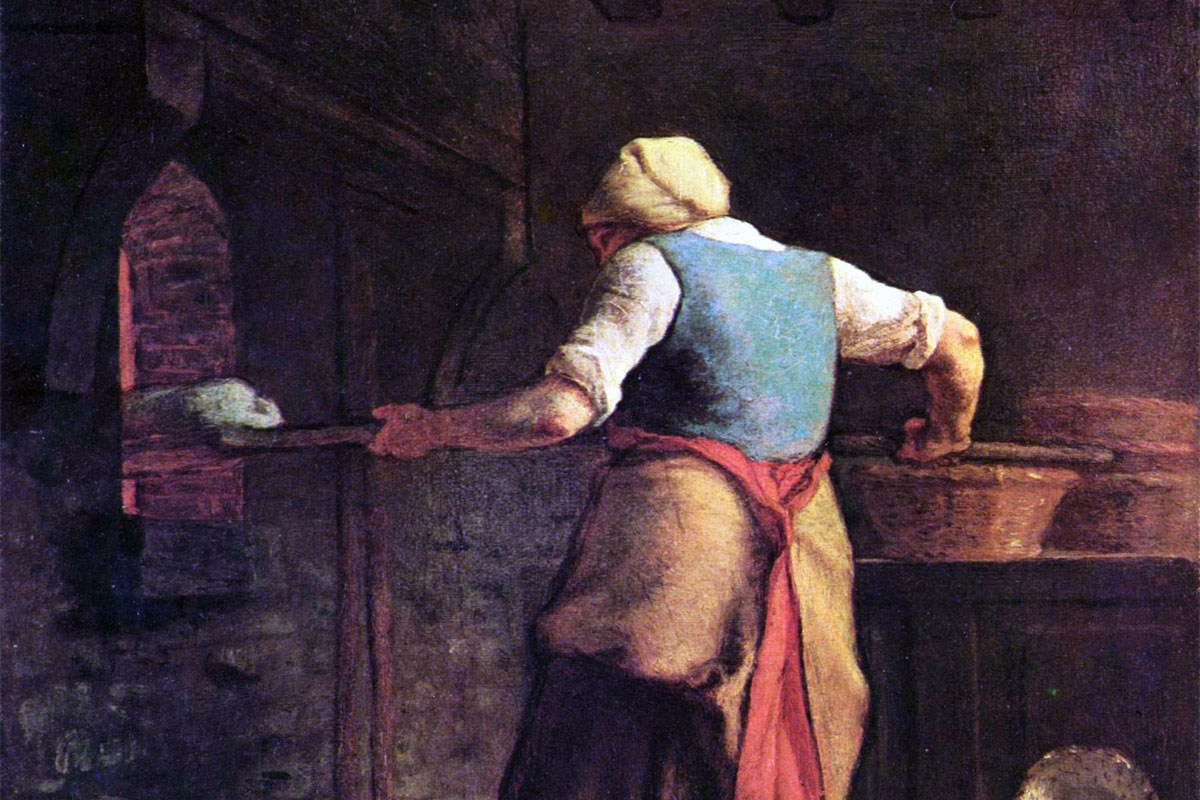 The history of bread covers a long evolution from the first wild grains, crushed and soaked before baking, through to the quest for ultimate lightness and whiteness.

Before condemning more recent chapters of this progression too quickly, we should consider the previous conditions, and the dietary dangers of those in poverty.  From the late 1700s, industrialisation partnered by agricultural slump helped to create ballooning urban populations in Britain. Whilst escaping rural poverty, these internal migrants became the first generations entirely dependent on purchased food.  Bread prices rocketed from loss of European grain during Napoleonic wars, and then stayed high as a result of the Corn Laws that protected farmers from a peace-time fall.  By the ‘hungry forties’ being ‘on the bread-line’ meant real poverty.

The best-known Victorian cookery writer is surely Mrs. Beeton, but in A New System Of Domestic Cookery (1806 and later updates) the ‘receipts’ of her predecessor, Mrs Rundell, give interesting social comments. Taken from the 1856 version, the following indicates the need to maximise bread produced from a given quantity of flour, and how a significant portion of the population depended upon bread to stave off hunger. She gives The Reverend Mr. Hagget’s Economical Bread recipe, in which boiling rough bran in water before making up bread stretches the flour to more loaves:

Thus made, flour will imbibe three quarts more of bran-water than of plain, so that it not only produces a more nutritious and substantial food, but makes an increase of one-fifth the usual quantity of bread, which is a saving of one day’s consumption out of six; and if this was adopted throughout the kingdom it would effect a saving of ten millions sterling a year.

The high price of flour - especially white - unsurprisingly led to quality issues in purchased bread. Chalk, a common adulterant, was easy to detect by reaction with lemon juice or vinegar, and other debasement could be found out by equally simple means:

Slice a large loaf very thin, the crumb only; set it over the fire with water, and let it boil gently a long time; take it off, and pour the water into a vessel; let it stand till near cold, then pour it gently out, and in the sediment will be seen the ingredients which have been mixed.  The alum will be dissolved in the water and may be extracted from it. If jalap has been used, it will form a thick film at top, and the heavy ingredients will sink to the bottom.

A sop for the poor

A chapter entitled Cookery for the Poor encourages the reader to use kitchen and table scraps to make soup for their less fortunate neighbours.

A very good meal may be bestowed in a thing called brewis, which is thus made;- Cut a very thick upper crust of bread, and put it into the pot where salt beef is boiling and near ready; it will attract some of the fat, and when swelled out, will be no unpalatable dish to those who rarely taste meat.

Should the soup be poor of meat, the long boiling of the bones, and different vegetables, will afford better nourishment than the laborious poor can obtain; especially as they are rarely tolerable cooks, and have not fuel to do justice to what they buy.

What a relief to the labouring husband, to have instead of bread and cheese a warm comforting meal!

By the mid-1800s a Hungarian system of roller milling flour was introduced, along with American wheat, although it took time to adapt parts of the process to the damp British climate.  Mechanical reaping of high-protein wheat on the Great Plains undercut the price of soft British wheat harvested by an army of scythe-wielding labourers and gathered by their families.

Apart from the social history lesson, there are some handy hints for today’s readers choosing to rediscover historic bread baking methods.

Let the flour be kept four or five weeks before it is begun to bake with.  Put half a bushel of good flour into a trough, or kneading tub; mix with it between four and five quarts of warm water, and pint and a half of good yeast [compressed yeast was not common until much later. ed.]; put it into the flour, and stir it well with your hands till it becomes tough.  Let it rise about an hour and twenty minutes, or less, if it rises fast; then, before it falls, add four more quarts of warm water, and half a pound of salt; work it well, and cover with a cloth.  Put the fire into the oven, and by the time it is warm enough, the dough will be ready.  Make the loaves about five pounds each; sweep out the oven very clean and quick, and put in the bread; shut it up close, and two hours and a half will bake it.

The oven should be round not long; the roof from twenty to twenty-four inches high, the mouth small, and the door of iron, to shut close.  This construction will save firing and time, and bake better than long and high-roofed ovens.
So, next time you are browsing bakery or book shelves to decide upon a loaf to buy or bake, be glad that you live in a time when such choice is no longer a luxury, and being ‘on the bread-line’ is just a figure of speech.