Fans of the daily grind

Gail Lawler asks why some bakers prefer freshly-milled flour and others like it aged. 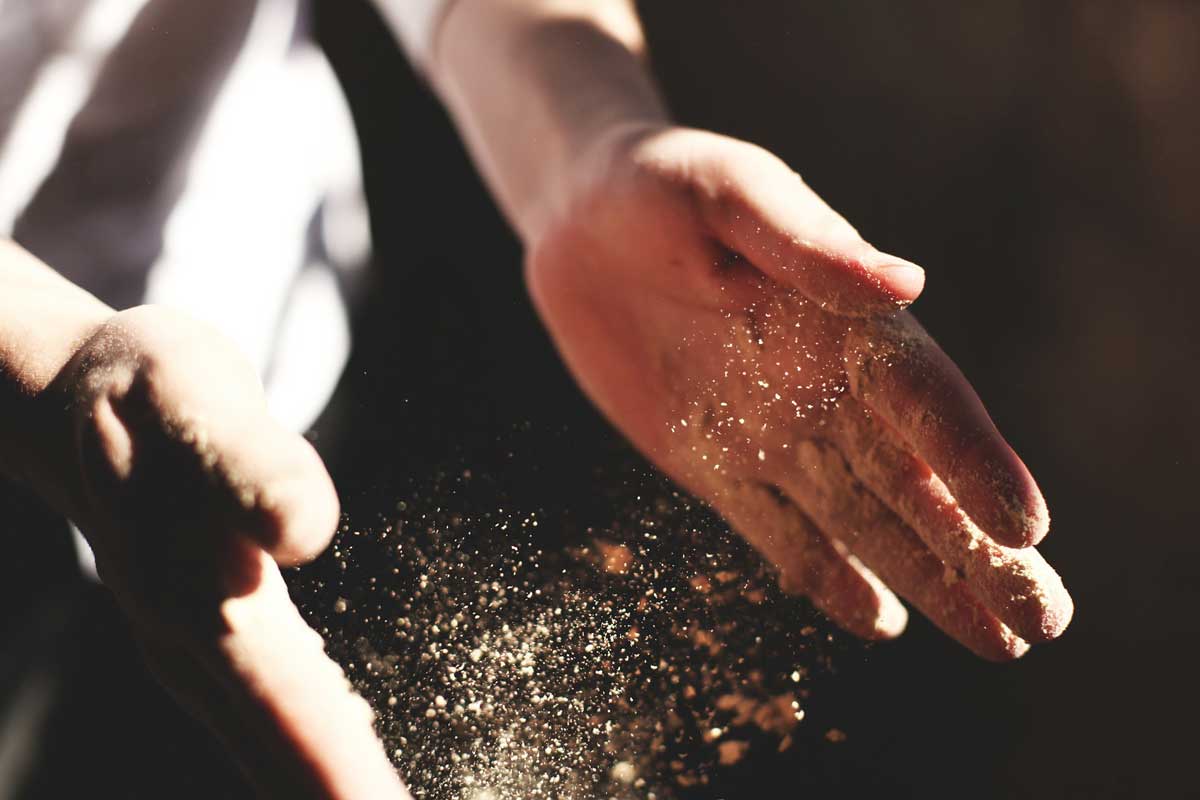 To mill or not to mill – that is the question. Maybe it’s not quite the quote from the famous bard of Stratford Upon Avon, but a question that is regularly played across the lips of bakers and nutritionists alike. ‘Just in time’ milling has been around since our ancestors baked their first crusty loaf, but the topic seems to be one that is picking up momentum with serious bakers from across the globe.

There are certainly two camps in this debate; those who prefer the use of aged flour and those strongly in favour of freshly-milled flour.

There are plenty of articles that suggest that freshly-milled flour does not develop the strong gluten required for a light and commercially-acceptable loaf, resulting in bread with less volume. As a result, many bakers still prefer to use flour that has been aged - or matured - naturally (or artificially with oxidising agents) to strengthen the gluten, making the dough stronger and easier to handle. On the other hand, there is a growing movement of bakers and nutritionists who argue that bread made with freshly-milled flour is more nutritious and tasty.

So who is right?

As one of the directors of the Artisan Baking Community in Northumberland, in 2016 I had the pleasure of visiting Germany to meet Wolfgang Mock, inventor of the small yet sturdy eponymous stone milling attachment for producing flour at home.  Paul Lebeau, Mock Mill’s managing director told me: “The undisputed benefit of freshly-milled flour is its great flavour. That flavour loses intensity through every step of transformation processes, and every minute that passes. And of course, the most flavour is lost through the separation of the integral parts of the grain from the flour. Just-in-time milling encourages the elimination of white flour from the diet, a step which has enormous health benefits!”

So, is there any scientific backing for what they claim?

Whole grains are very stable mainly because they contain roughly only about 12% water so they are not prone to spoilage, protected by their own hard, outer bran layer that acts as a protective shell.

When grains are milled, however, this coating is crushed, allowing the softer, inner core including the nutritionally rich endosperm and germ to be exposed and the nutritional content to be eroded by oxidation. Some research states that flour can lose 40% of its vitamin content within the first 24 hours of milling; increasing to 85-90% loss over a period of 2 – 3 days.

In their study ‘Nutritional Characteristics of Organic, Freshly Stone-Ground, Sourdough and Conventional Breads’, Judy Campbell, Mechtild Hauser and Stuart Hill, B.Sc. concluded: “…many recommend storing freshly ground flour for no longer than two weeks, because rancidity becomes evident, and many flour components undergo chemical changes, when exposed to oxygen, increased humidity, high temperature, and light, and decreasing their availability to the body.”

The pursuit of taste and nutrition

But what do professional bakers think? Is it possible to produce great bread using freshly-milled flour?

Whilst in Germany, I also had the good fortune to meet a celebrity in the world of baking, Mike Zakowski. Known as The Bejkr, Mike has been baking beautiful bread for over 20 years. He was part of a three man baking team in the 2012 Coupe du Monde de la Boulangerie and runs his own, small artisan bakery in California dedicated to taste and nutrition. He describes himself as a ‘one man baking shop’ using only his hands, a stone mill, and a wood-fired oven to make 100% organic and naturally leavened breads for his town. He told me “I think fresh is best, both flavour and nutrition wise. I think of aged flour coming from roller mills, so my preference would be freshly milled.”

Beyond flavour and health, Paul Lebeau argues that “perhaps the greatest benefit of home milling is that it supports the strong efforts that are underway in our society to bring back a diverse offering of grains creating a ready-made market for locally grown grains.”

In today’s zealous pursuit for food that provides both taste and nutrition, it seems that increasingly the movers and shakers in the world of baking are championing the cause of just-milled flour and bringing back heritage grains. After sampling Mike’s freshly milled flour loaf, I tend to agree.