Although Japan is often associated with its consumption of rice, bakeries are becoming more and more common in Japan. Alys Bannister investigates the intricate and complex history of bread in the country. 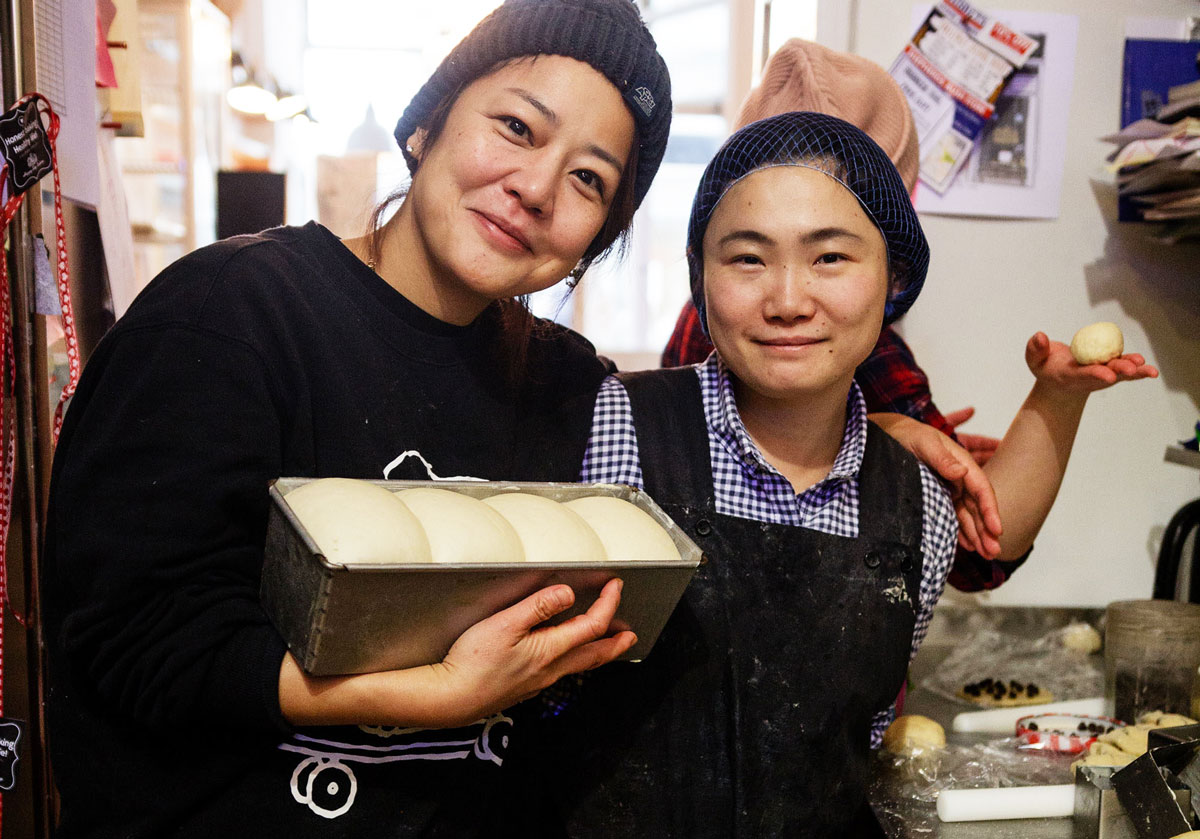 In 2011, the Japanese Ministry of Internal Affairs and Communications found that families were spending more on bread than they were on rice, marking the first time in Japanese history that bread took a bigger bite of household budgets. The popularity of bread is evidenced in the ubiquity of bakeries across Japanese cities; according to Grace Lawrence, a British emigrant living in Tokyo, there is at least one panya-san (bread shop) in any big train station, and many others scattered around city street corners and back-alleys. Is this a sign of culinary cultural imperialism from the West, or a demonstration of how different food cultures can intersect and influence one another?

In Japan bread has been, and continues to be, a food loaded with historical significance. It was first brought to the country by accident, when a ship of Portuguese traders and missionaries washed up on the shores of Nagasaki in 1543. Partly as a result of Japan closing its borders to Westerners a century later, bread was not incorporated into mainstream Japanese diet. However, Japanese people did adopt the Portuguese word for bread: pan, which is a variation of the Portuguese world pão.

For the next few centuries, Western-style bread remained undesirable to Japanese palates, perhaps due to its perceived hard texture and lack of flavour. During times of food scarcity, cheap, industrially-produced loaves were predominately used as substitute for white rice; during the first Opium War (1839-1842), mass-produced loaves were used as a cheap foodstuff to feed hungry samurai. Similarly, after World War II, loaves made using imported wheat and powdered milk bread became a common component of the school lunch (kyushoku) system and were seen as a symbol of American occupation.

Interestingly, it was also during this period when bread started to have a revolution in Japan. In 1875, a former samurai, Yasubei Kimura, aspired to create a type of bread which was better suited to Japanese tastes and subsequently created the anpan, a soft white bun, filled with sweet red bean paste. Kimura’s buns were an instant success and began to grow both in popularity and variety of flavours, leading to the creation of of jam-pan, cream-pan, and kāre-pan (filled with a thick curry sauce), amongst others. In the same way, during the post-war occupation era, American-style white, soft, sweet, milk loaves called shokupan, which literally means ‘eating bread’, were introduced.

Shokupan, which can be found in every Japanese bakery and supermarket to this day, is made using the tangzhong method. This involves making a thick roux (or tangzhong) of milk and white bread flour, allowing it to cool, and adding torn up pieces of it to an enriched dough made of butter, white bread flour, milk, sugar, egg, and dried yeast. It is most characteristically similar to the French brioche, and often served as thick, square, slices in the form of toast or sandwiches, such as katsu sando - a breaded pork cutlet between two thick shokupan slices.

The adoption of a Western dish, adapted to meet local tastes, is not an unfamiliar concept in Japan: the process is known as iitoko-dori, literally best-part taking. I asked Emily Takeuchi-Brown, a Japanese student living in London, whether she believes traditional Japanese cuisine is in danger of being replaced by their Western culinary influences. “Japanese cuisine is not under threat as it is has proven to adapt Western dishes to fit their tastes, whilst still maintaining a strong sense of cultural identity,” she said. “The Japanese have taken aspects they like about white rice and translated it into their bread making.” She also noted how Japanese cooking has influenced Western dishes, pointing to the growing popularity of edamame-based products such as soy and miso in Western cuisine. “It’s a two-way dialogue,” she affirmed.

Japanese-style bakeries are also popping up across the UK. Happy Sky Bakery is a Japanese bakery in Shepherd’s Bush, London, run by World Bread Award-winning Motoko McNulty. The bakery celebrates Japanese-style Real Bread. Motoko opened her bakery in 2007 “to spread the taste of Japanese bread” across London, as she could never find such baked goods when she moved to the UK. Her parents had always made bread from scratch and she wanted to emulate this in her business, baking breads with “natural ingredients, no preservatives, and no artificial chemicals.” She produces a variety of Japanese-style breads, cakes and buns, including shokupan, anpan, edamame and cheese buns, and her World Bread Award-winning ‘chocolate volcano’ buns.

Meanwhile in Japan, crusty breads - such as the French baguette (furansu pan) - are becoming more common, but remain exclusive to specialist bakeries. Sourdough loaves are a rarity and often expensive, predominantly offered in Western-style coffee shops or wholefood-style establishments.  Although bread is increasingly being incorporated into the national diet, it is evident that it is not completely replacing traditional cuisine; according to the Japanese Ministry of Agriculture, Forestry, and Fisheries, in 2015, Japan produced 1.2 million tonnes of bread (or, at least, industrial loaf products) in comparison to 8 million tonnes of rice.

As a country that has never been colonised, modern Japanese cuisine is a refreshing insight into how non-American, non-European cultures appropriate elements of Western foods whilst retaining a deep-rooted cultural identity.