In 2015 Alison Swan Parente asked whether flour milled from germinated grain might be the next big thing in baking. 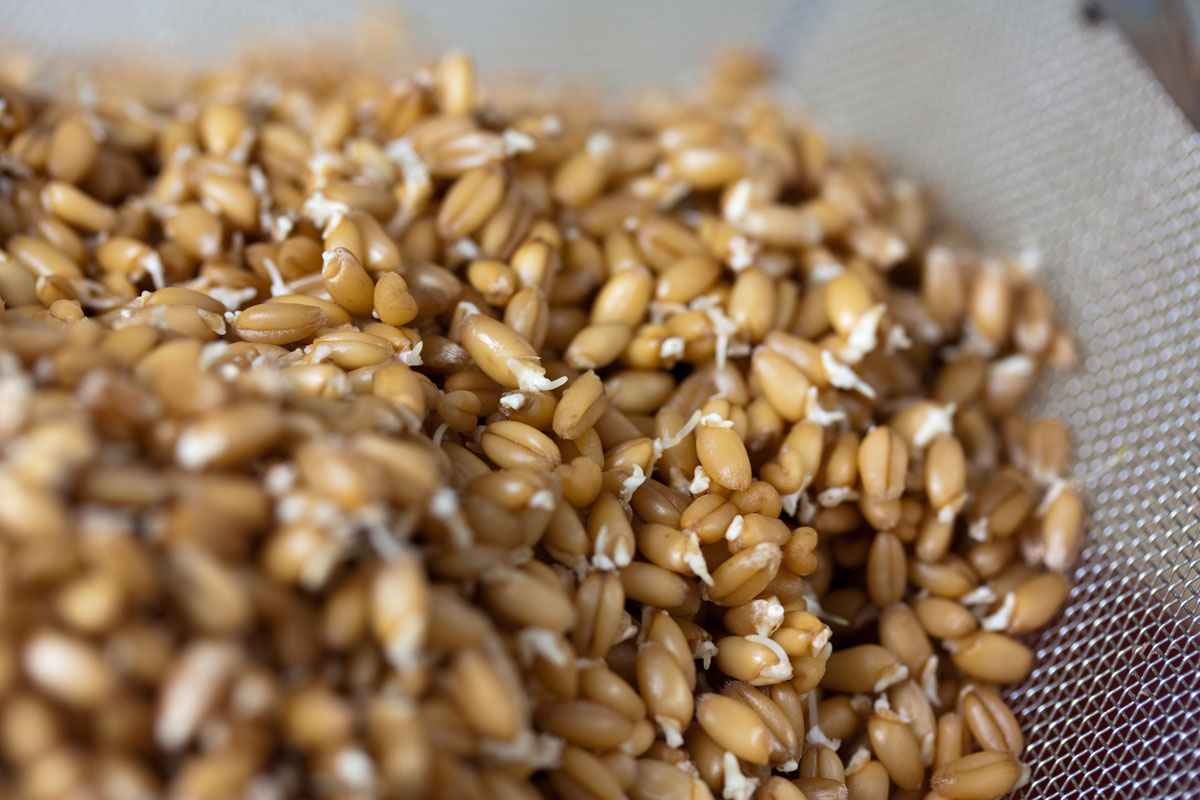 Grains are the mature, dormant seeds of cereal grasses such as wheat, corn, oats and barley. When these seeds germinate under the right conditions, the outer bran layer splits open and small shoots sprout out of the seed. Some of us remember sprouting alfalfa seeds way back when, and the principle is the same.  Malt flour is also produced from sprouted grains, but they are allowed to germinate for longer than for flour production and are then roasted before milling.

Some pretty gung-ho claims health claims have been made about sprouted grains, so let’s try to separate the facts from the chaff.

It is difficult to find much hard evidence about any nutritional superiority of sprouted over non-sprouted grains.  This may be because the research simply hasn’t been done yet:  scientific studies on sprouting seem to have been done chiefly on legumes.  What we do know is that in order for a grain to sprout, it actually has to begin to digest the starchy portion of itself - the endosperm – for energy.

As a result, researchers at the University of California Davis say that ‘sprouts can be slightly higher in some vitamins, like vitamin C and carotenoids, and may have higher quality protein compared to unsprouted grains.’ A minor dampener on any over-enthusiastic claims comes from the UC Davis team adding that the difference ‘is so small that it is unlikely that their consumption will improve the nutritional status of an individual.’

Another element of the sprouting process is the production of the enzyme phytase. On this, the UC Davis team says that ‘since phytic acid binds with minerals and reduces their absorption in the small intestine, high phytase activity could potentially increase bioavailability of some minerals,’ but again ‘the difference in phytase activities is very small when compared to unsprouted grains.’

There is also a body of anecdotal evidence regarding sprouted grains.  Some people who find unsprouted grains - and specifically the starchy portion of grains - difficult to digest, report that they tolerate sprouted grains more comfortably. This could be because the level of amylase, elevated in sprouted grains, causes the starches to be more easily broken down into simpler, more readily digestible sugars.

But what about the baking qualities of sprouted grains? Traditional German Essene bread is made with a mash of flaked or shredded sprouted grains. Jane Mason of Virtuous Bread, whose mother is German, says that the texture and the performance is different.  “The dough does not transform from sticky goo to pillowy mass, it stays sticky goo. The dough is heavy and has very little strength in it to rise, make and support bubbles or have a domed top.”

So how to make a decent loaf from it? “The solution to this is to bake small loaves proofed and baked in tins or wooden baking forms and to bake the dough for a long period of time at a relatively low temperature so that it actually bakes through,” she says, adding that it’s “more like a cake, than bread.”

Another option is to use flour milled from sprouted, dehydrated grains, which is being produced by companies including King Arthur and To Your Health Sprouted Flour Co. in the USA, and Bread Link in the UK.

When baking with sprouted mash, US baking guru Peter Reinhart used to add dried wheat gluten powder to get around the issues Jane outlines above. He is now a convert to baking with sprouted grain flour, and not just for technical reasons. “Bakers have learned over thousands of years how to maximize the flavors trapped in the grain. We use a lot of tricks: slow fermentation, preferments, starters etc. In sprouted grain some of the things the baker does to release those flavors take place in the sprouting process itself,” he says.

On the other side of the pond Nick Barnard, whose company Rude Health recently started to sell sprouted grain flours, unsurprisingly waxes lyrical. “Quite rightly, sprouting has been getting some serious attention in the USA for years so it’s about time that people who care about what they eat here in the UK get a piece of the action.” He admits that, for now at least, the flours are relatively expensive, citing the exigencies of production.

Aidan Chapman, who has been experimenting with sprouted grain flours at Bread Ahead in London, admits that it has had its challenges. He advocates trial and error to build up experience, particularly with regard to higher levels of hydration. Another fan is The School of Artisan Food’s head of baking, Wayne Caddy. He has incorporated baking with sprouted grain flours into this year’s summer school schedule, suggesting that they may soon become an established addition to the Real Bread baker’s repertoire.

To knead or not to knead?