No pain, no grain

Mark Gatenby invites us to take a closer look at the main ingredient of Real Bread and some of the underlying issues that could threaten our future ability to take it for granted. 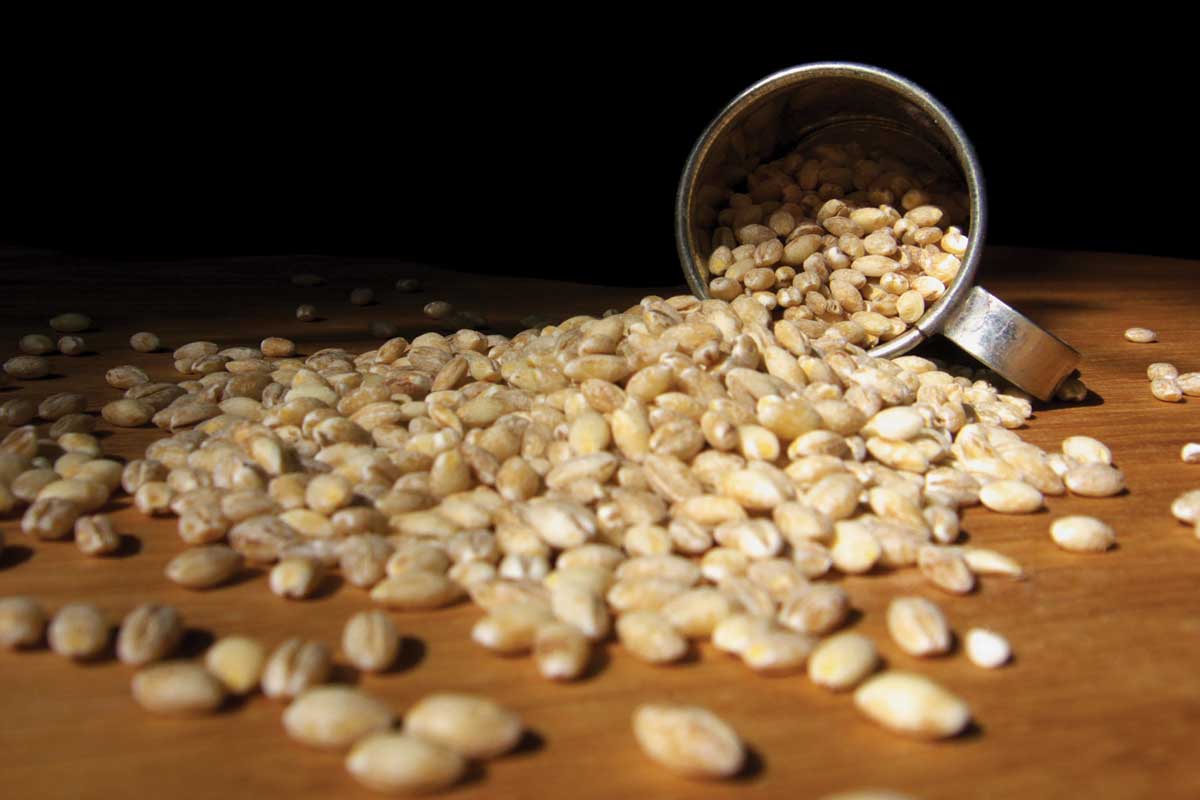 Take a bag of flour from your cupboard and pour a little on to your hand. Few things could be simpler, more familiar or more affordable. Now look again and ask yourself: Do I really know where my flour comes from? Am I sure it is truly affordable for everyone?

Something which on the surface appears to be one of the most basic of foods, in reality masks a complex global supply chain, in which food becomes a bulk commodity that only the wealthy can afford.

Wheat flour starts its life as grass, often growing in vast agricultural landscapes across many parts of the world. The largest producers have traditionally been the USA and Europe, but in recent decades China, India and Russia have become major players, contributing to record yields. The hungry developing world now produces just under half of the world’s wheat but this must feed more than three quarters of the world's population1.

For much of the past two hundred years, the UK has had a ‘colonial’ attitude to wheat. As a wealthy, 'Old World' power, we viewed countries in the 'New World' and elsewhere as a convenient bread basket. Today the picture is very different. The UK produces more wheat than it consumes; less than one percent of bread (and products sold as bread) is imported, and only two percent exported. Domestic farmers produce over sixteen million tonnes of wheat annually, on two million hectares of land, spread over thirty three thousand farms2.

This sounds assuring, but there are some important caveats. Unless you have a bag or sack from a mill that can assure you on which farm (and maybe even fields) their grain is grown, to answer the question of where your flour comes from can be a surprisingly difficult task.

In some cases, the traceability of the flour in your cupboard back to the fields in which the wheat grew can be complicated by the scale of the industry and the practice of grain blending. Colossal storage units and mills allow grain stocks from diverse farms to be combined without recording their origin. This practice is more common for organic grains, which are imported into the UK in higher proportions than 'conventionally' grown grains. While 85% of UK consumed non-organic wheat is home-grown, less than 50% of the wheat for organic bread is produced on British soil3.

The picture in other parts of the world is much more alarming. Whereas American and European farmers have been supported by generous government subsidies (such as the Common Agricultural Policy) to grow increasing yields of crops, farmers in the developing world struggle to produce grain in the face of poor growing conditions, inadequate equipment, weak government support and global competition. Wheat is part of a much wider problem of food security.

In 2007, global wheat prices rose by as much as 40% 4. This instigated food riots in many developing countries, including Cameroon, Cote d’Ivoire, Egypt, Pakistan and Indonesia where people could not afford enough food5. Again in 2010 food prices rose sharply, leading people in Mozambique to violently riot over a 30% hike in the price of bread6.

Why is the global price of wheat so volatile? The answer is not a simple one. Around 20% of world grain stocks are traded on the world market7. Some countries rely on this stock more than others. For example, Mozambique imports over 60% of the wheat its people need8. Crop yields have been interrupted by droughts or floods, a factor that will only intensify with global warming. Rocketing oil prices and arguably naive biofuel policies are other factors. A further insidious force is the way wheat is traded as a profit-seeking commodity. Grain merchants trade wheat as ‘futures’ on international commodity exchanges, and increasing speculation is likely to add to price volatility and artificial price inflation9. Bill Clinton recently marked World Food Day by telling the UN, “food is not a commodity like others ... it is crazy for us to think we can develop a lot of these countries [by] treating food like it was a colour television set”10. Perhaps he is right.

So, the next time that you reach for a bag of flour, spare some thought for how precious and important this simple ingredient is for some people living in other parts of the world. For some, flour is worth fighting over.