The pernicious perennial peril of sourfaux 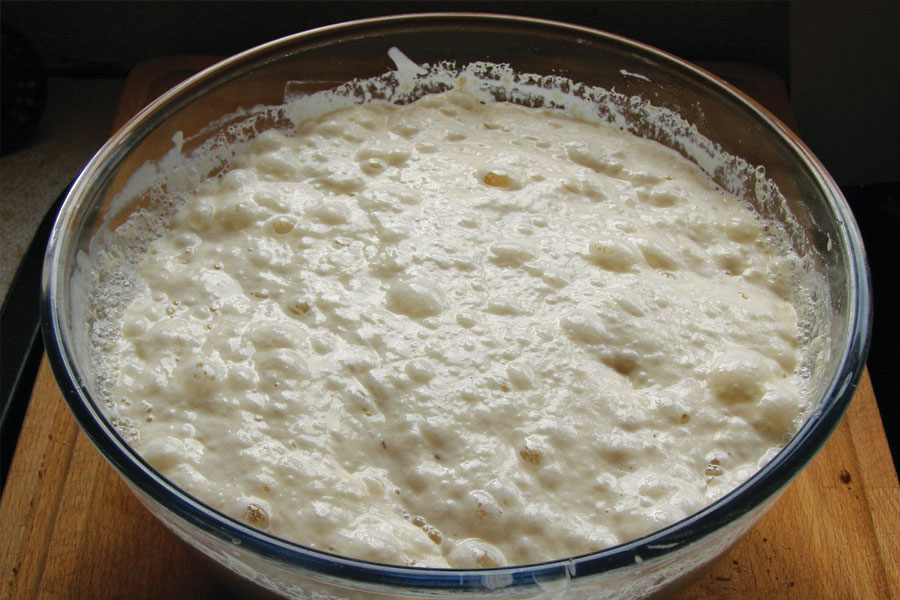 We launched the annual #SourdoughSeptember in 2013 to demystify the oldest way of leavening a loaf and celebrate bakers crafting Real Bread this way. Four years on and we still have our work cut out for us, as cases of leading food magazines confusing things demonstrate.

The first issue of a baking magazine, launched in 2017 by a major British supermarket chain, contained the recipe for an overnight sponge and dough. In a sea of fast-as-possible proving with instant yeast, it’s a preferment method to be celebrated. Instead of giving readers the correct name, however, the magazine misleadingly referred to it as a sourdough, albeit qualified with the admission it was aimed at cheats.

Writing to the magazine’s publisher, we started by congratulating them for promoting sponge and dough as a time-honoured way of introducing depth of flavour, structural strength and a good rise using a relatively small amount of baker’s yeast. We then went on to ask: why on Earth call it ‘cheat’s sourdough’? We pointed out that there is already far too much misinformation and misleading marketing without an influential publication leading people to believe that corners can be cut and the result is still sourdough.

We suggested that the magazine made amends by publishing a correction on its website and in a future issue. In declining to do so, the magazine’s food director replied: “I have great admiration for your work on bread, and will try to make sure in future we make the distinction between sourdoughs and other types of bread more clear to readers.”

This is the second time that the Campaign has challenged a food magazine about its publication of a sponge and dough recipe as ‘cheat’s sourdough’.  Following our complaint to BBC Good Food in April 2015, the magazine consulted the Campaign before publishing a subsequent piece on sourdough though, as of June 2017, we have emailed twice more without response and the recipe remains uncorrected online.

So, as a Campaign ambassador, how will YOU help to spread the word about the genuine article, and cut through the misinformation during #SourdoughSeptember and beyond? Find suggestions, as well as the calendar on which you can promote your classes, events and other activities, on our website

As many Campaign supporters know, a loaf is only any sort of sourdough at all if, instead of baker’s yeast, it is leavened by the yeasts and lactic acid bacteria found naturally on the surface of grains, and therefore in flour, carefully nurtured into a thriving and frisky starter culture.

For those not yet in the know: While the yeasts cause the dough to rise, the longer fermentation time allows lactic acid bacteria to cause changes evident in finished loaf’s flavour, aroma, structure and tang. Research has found the process may result in changes in gluten structure (which might help to explain why some people who cannot stomach other types of loaf report that they can eat genuine sourdough), lower the glycaemic index and have other potentially beneficial effects.