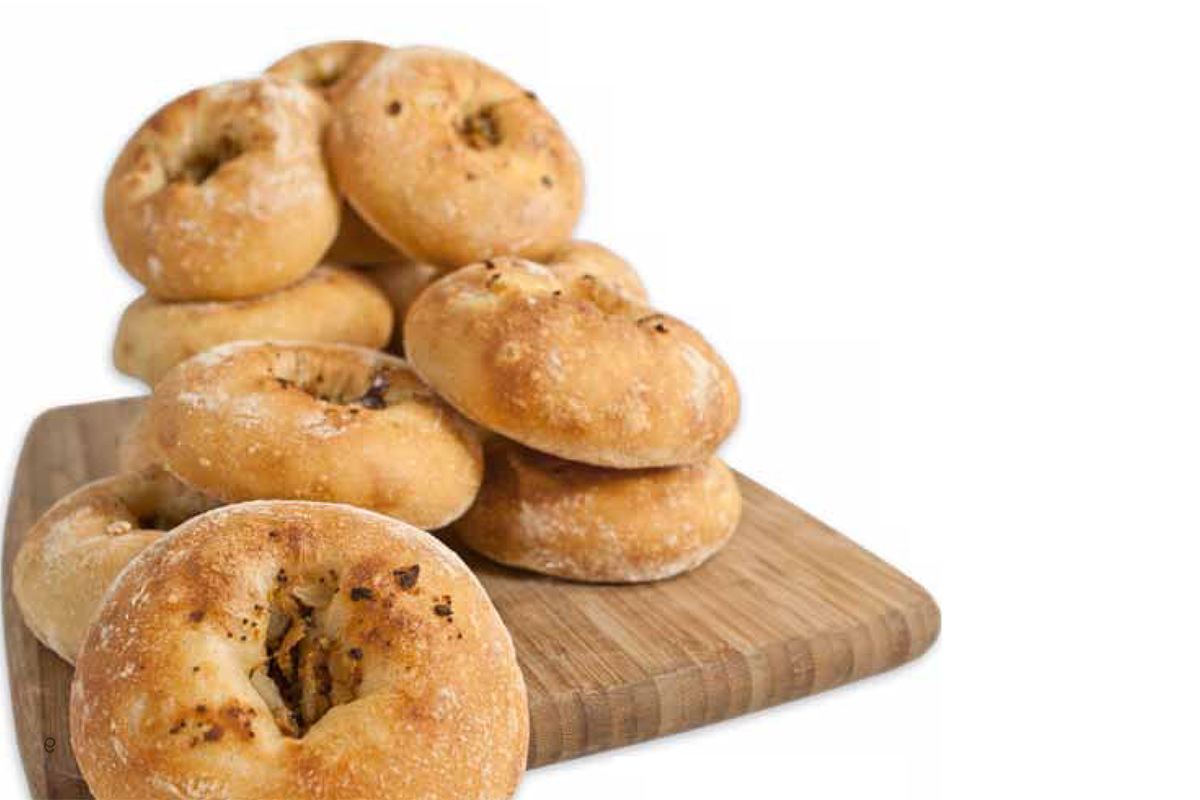 At two o’clock in the morning, Nancy Mendez leaves her house in Queens, New York and walks in the dark to catch the N train. Nancy is the only woman in a subway car filled with male restaurant and construction workers. She rides the train for an hour and a half until she reaches the Hot Bread Kitchen bakery in Harlem. There Nancy takes bright blue, yellow and white kernels of corn to wash and soak using the traditional nixtamal method, before grinding into a soft masa (dough), which she then shapes into thin rounds and cooks over a flame.

Prior to enrolling in Hot Bread Kitchen’s unique baking training program, Nancy was unemployed for over a year after immigrating to the United States. Using culinary knowledge gained in her native Mexico, Nancy quickly advanced through training and after graduating, was hired by Hot Bread Kitchen as a Tortilla Coordinator. Nancy now earns a living for her family by overseeing a small team making 200 dozen tortillas per-hour, which are then sent to grocery stores, farmers’ markets and restaurants around New York City.

This is supplemented by up to two hours of class time each week in English as a second language and professional skills such as assertiveness and delegation. Our trainees are paid above minimum wage for all of their time in the program, which lasts for approximately one year. After completing the program, Hot Bread Kitchen places trainees in management track positions in the food industry, hires them internally, or invites them to join HBK Incubates, our food business support program designed to help people launch their own artisanal food businesses.

Hot Bread Kitchen was founded in 2008 by social entrepreneur and baker Jessamyn W. Rodriguez from her home kitchen. A former United Nations policy analyst, Jessamyn noticed that everywhere she traveled around the globe, women were the bakers and cooks. The problem she saw, however, was that high wage positions in the Euro-American culinary world were predominantly held by men. Women lacking the English fluency and professional networks to obtain these positions are often relegated to being cooks in people’s homes rather than chefs in five-star restaurants.

Since its launch, Hot Bread Kitchen has provided paid baking training to forty women from fifteen different countries. They are women like Nancy who, with minimal training, can become leaders in the culinary industry and preserve the artisan bread recipes from their home countries. By selling breads produced in training, Hot Bread Kitchen not only helps to cover the costs of the training programs, but also ‘br-educates’ consumers in the culinary contributions immigrant communities of people make.

Hot Bread Kitchen is dedicated to building the contribution that bread sales make to its budget and ultimately aims to be completely financially sustained through them, rather than relying on donations for some of its income. Hot Bread Kitchen plans to replicate its social enterprise model in other cities and has an eye on London - a city as diverse and hungry for good bread as New York City - as a potential site for expansion.