Chris Young asks even if you have dallied with desem, did you pause to consider why you were doing so? 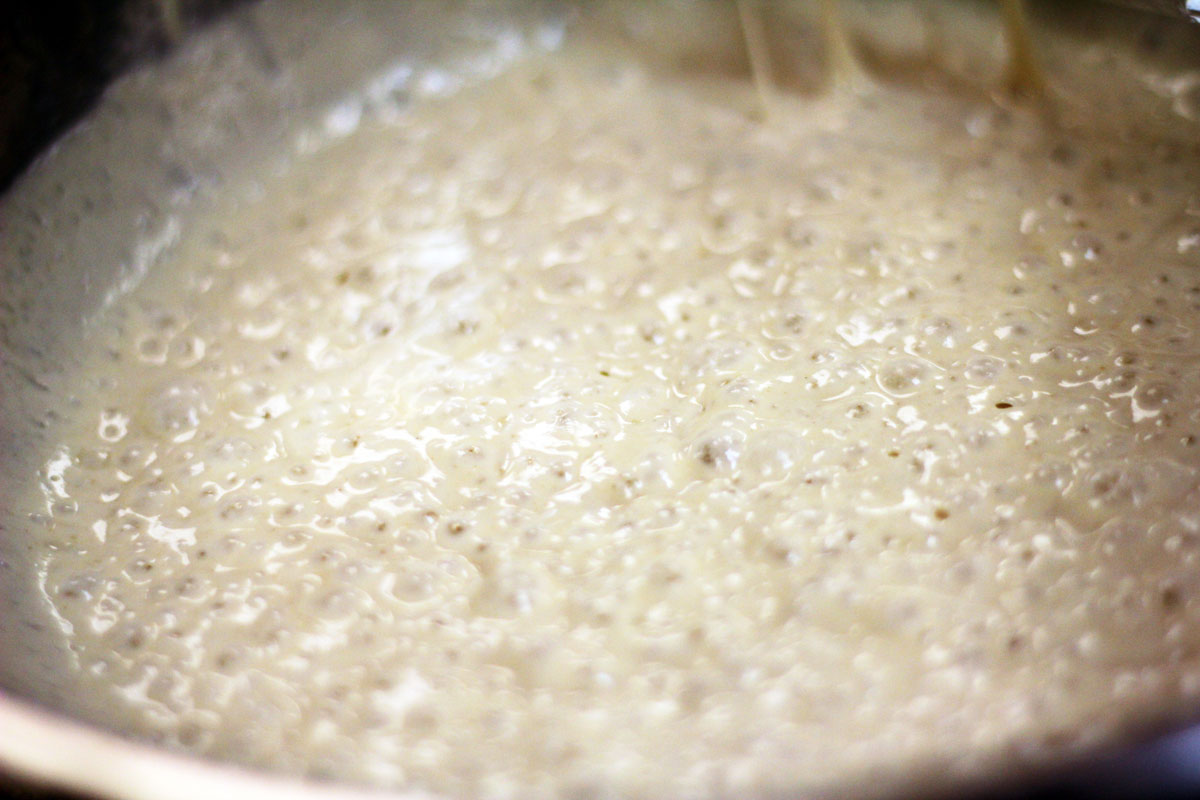 Photo: Poolish for a baguette by Thom Wong, creativecommons.org/licenses/by-nc-nd/2.0/

You might have heard of a biga, poolish, sponge, madre, chef or levain but unless you have baked with one do you know what any of these is?

What is a preferment?

A preferment comprises flour, water and yeast, which is allowed to ferment before adding to the bulk of the flour and other ingredients using in a dough.  The yeast can be a commercial monocultured strain of Saccharomyces cerevisiae, commonly referred to as baker’s yeast. Alternatively, one or more yeasts that occur naturally on the surface of cereal grains - and end up in flour - can be lovingly nurtured to create a sourdough starter.

A preferment can range in hydration from a loose batter to a stiff dough. It might also contain salt and- in the case of what's known unpoetically as old dough - perhaps fat and other ingredients.

There are several reasons a baker might want – or need - to use a preferment.

An analogy for getting the fermentation underway might be giving the yeast a good run up.  In a straight dough (ie mixing all of the ingredients together at once) it has to go from nought to full throttle straight away.  Working up a full head of steam (how many metaphors can I mix in here?) is particularly useful when making an enriched dough, where the high levels of sugar will hinder the yeast.

During the fermentation of a stiffer preferment (like a traditional biga) and especially in a sourdough, acid levels will increase. This has a strengthening effect on the gluten strength, and so is useful when working with weaker flours.

Conversely, in a more liquid starter, particularly one fermented at room temperature without salt, protease (an enzyme that breaks down protein) activity will be increased. This will weaken the gluten, making it more extensible or stretchy.

During fermentation, all sorts of dough alchemy goes on, which helps create flavour and aroma compounds. As time increases, so do the amounts of these, so a preferment is a useful addition to a shorter process dough as a way of improving texture and flavour.

If you want to get serious with preferments, do some research online or in baking manuals to find out about the effects of time, temperature, yeast quantities and so on will have on them and on your Real Bread. You’ll also get to read endless disagreements over the true definitions of biga, sponge, poolish etc.

Batter preferment (eg poolish) A mixture that has a high water content, perhaps 100% hydration - ie equal weights of flour and water.  Typically made with a tiny percentage of baker’s yeast.

Dough preferment (eg biga) A stiffer dough of perhaps 50-60% hydration – ie water weight is 50-60% that of the flour. Typically made with a tiny percentage of baker’s yeast.

Old dough (eg pâte fermentée) A piece of normal dough kept back from a previous bake, or made especially, that is fully-proved and then added to a new dough. Some bakers don’t consider this to be a true preferment.