This publication is a companion to Have you bottled it? How drinking tap water can help save you and the planet, that Sustain published in January 2007. It notes progress since then, here and globally, in encouraging the public and private sectors to use tap water instead of bottled water. It also looks at how the bottled water industry is responding to growing criticism of bottled water for being unnecessary, damaging to the environment, and expensive. 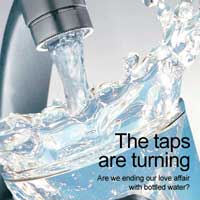 In December 2006, Sustain produced a report called 'Have you bottled it?' which aimed to raise awareness about how bottled water provides no health benefits over tap water and also about the detrimental effects that it has on the environment and also our wallets.

Sustain was partly inspired to produce the report by similar initiatives in North America and globally. Since our publication, little over a year ago, there have been many developments in the campaigns against bottled water around the world as well as in the UK. Some cities have banned bottled water in their offices, and some restaurants are switching to a tap water policy.

Although there is certainly more awareness of the issues around bottled water in the UK, the industry still appears to be growing.  In the UK, it is predicted that the market will increase from £1.5 billion in 2007 to a predicted £1.65 billion in 2010.  In 2006, the combined markets of Europe, the US and Japan in bottled water was estimated to be worth £16 billion and continues to rise.

This publication is designed to be a companion to 'Have you Bottled It?' so it does not repeat all the arguments in favour of tap water.  Instead it notes the current international and domestic developments on the consumption of bottled waters in both the private and public sectors.  We hope that this report will build on the interest in 2007 and contribute to the growing movement to replace bottled water consumption with tap water in the UK and internationally, for the good of our health and the environment.

2. What is government doing to lead by example?

3. What are businesses doing?

5. How is the bottled water industry responding? 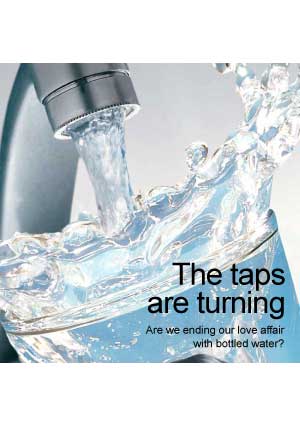