Figures from the Independent Food Aid Network, a member of Sustain, show:

Despite the Scottish Government’s ‘cash first’ approach, independent food banks in Scotland have seen the need for their services double since the start of lockdown.

As the furlough scheme is set to end, deep recession takes hold and local lockdowns begin to be implemented, the Independent Food Aid Network (IFAN) is calling on the Scottish and UK Governments to do all they can to address the escalating poverty driving increased food bank use.

Action is needed at every level of government to significantly reduce the need for charitable food aid provision. IFAN is calling on the UK Government to:

IFAN is calling on the Scottish Government to deliver on its commitments to a ‘cash first’ approach and:

Local authorities in Scotland can also help by improving promotion of and accessibility to Scottish Welfare Fund crisis grants as a first port of call for someone facing a financial crisis.

“These figures again show that an ever-increasing number of people in Scotland continue to live in poverty experiencing food insecurity. Despite the Scottish Government increasing the budget for Scottish Welfare crisis grants, too many people still had to turn to food banks to feed themselves and their families. Going forward, more needs to be done to address the underlying cause of food insecurity and poverty in our communities. We are all aware that food prices in some areas have significantly risen, those on low pay, on zero-hour contracts with insecure employment or relying on benefits do not have enough income to spend more on food. This is particularly an issue for those living in rural and island communities and areas where there are no low budget grocery stores and food prices are high. As unemployment continues to rise and more people are finding themselves relying on benefits, it is time that benefit payments were increased to bring them into line with the true cost of living."

“In Kirkcaldy, as in many other areas, we experienced a big increase in demand in April which lasted about 3 months. The overall demand has reduced slightly but we are still seeing higher than pre-Covid levels of need for support from families. Many of these families have found themselves relying on the benefit system for the first time in their lives which adds to their distress when attending a food bank. Households must be able to rely on a benefits system that is fit for purpose that enables them to feed their families rather than having to turn to food banks run by voluntary organisations.”

“As we approach the end of furlough and are seemingly being encouraged to 'get back to normal' it is important to apply the brakes.  We are still in unchartered territory in our food bank with request levels, and as we see more people fall into unemployment and insecurity this is likely to rise again before it gets any better. The amount of people who come to see me as they have no idea how to access information is astounding, and I spend large amounts of my day giving basic information regarding benefits, food insecurity and general Covid-19 updates. General information does not seem to be filtering down to local levels, and this will only become more important as we move towards the end of 2020.”

“Independent food banks in Scotland have seen a doubling in need for their support. The writing is on the wall. Even more people are going to be thrown into financial crisis in the coming months, and food banks cannot continue to pick up the pieces of a broken benefit system and insufficient wages. The Scottish and UK Governments as well as local authorities must do all they can to prioritise access to ‘cash first’ solutions for people unable to afford food.”

"Food banks have been working throughout the pandemic to support people who are unable to afford the food that they need. The people represented in this report include those who were already struggling on low wages and insufficient benefits and many more who have suddenly lost income and are now unable to meet the cost of living. We welcome the Scottish Government's commitment to a ‘cash first’ approach to food insecurity, but food banks are today calling for practical action to make sure people don’t keep falling through cracks of the social security system.”

More about the Independent Food Aid Network and their work in Scotland: 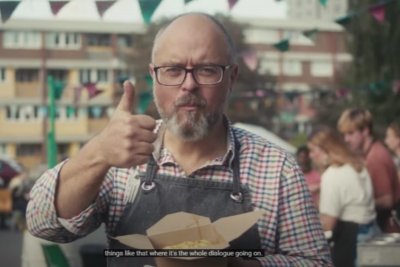