This weekend the Co-operative Party launched their Food Justice campaign that calls for the incorporation of the Right to Food in UK law. 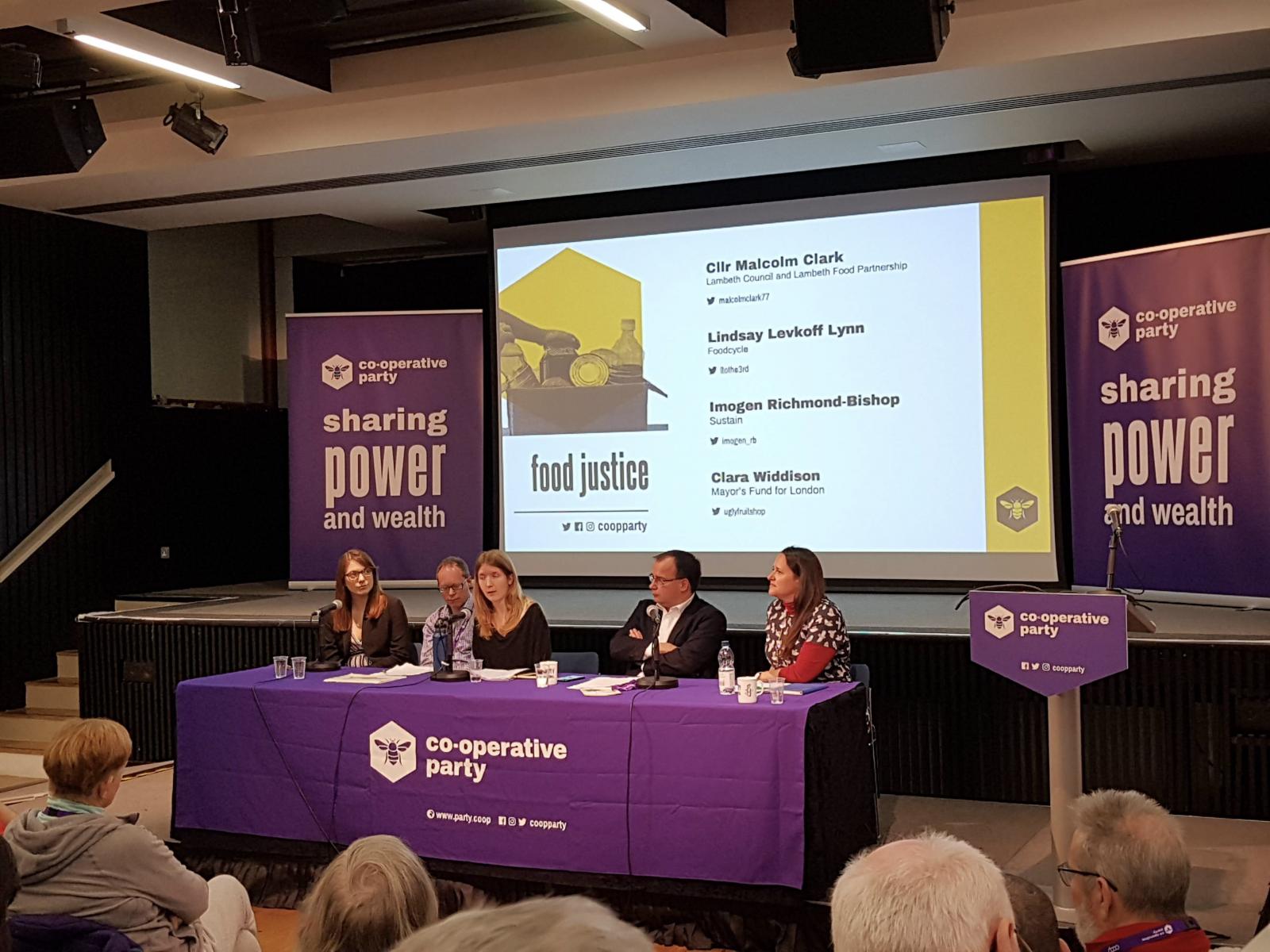 Photo: Sustain's Imogen Richmond-Bishop speaks for the Right to Food at the launch of the Co-operative Party Food Justice campaign

At an event in central London the Co-operative Party launched their Food Justice campaign to tackle food poverty, including a call for incorporation of everyone's Right to Food in UK law.

Sustain's Right to Food programme coordinator Imogen Richmond-Bishop spoke at this event, which was chaired by Gareth Thomas MP and alongside Clara Widdison from the Mayor's Fund for London; Malcolm Clark, councillor for Streatham Wells; and Lindsay Levkoff Lynn, Trustee of the food charity FoodCycle.

Imogen Richmond-Bishop, Coordinator of the Right to Food campaign, run by the Sustain food and farming alliance, said:

"It is welcome news that the Co-operative Party have recognised that food is a basic human right and are using human rights based approaches to tackling food poverty.

"For far too many people across the country food poverty is a daily reality and it must end. It has been decades since the UK has ratified a number of international treaties that uphold our Right to Food and it is high time that these rights are brought home in order to start to tackle some of the deep problems within our food system.

"We are looking forward to seeing familiar commitments from the other political parties and to build cross-party support for such a vital issue."

Our submission looked at how Covid-19 has exacerbated a crisis in food access and poverty,...